Zimbabwe put away PNG in opener 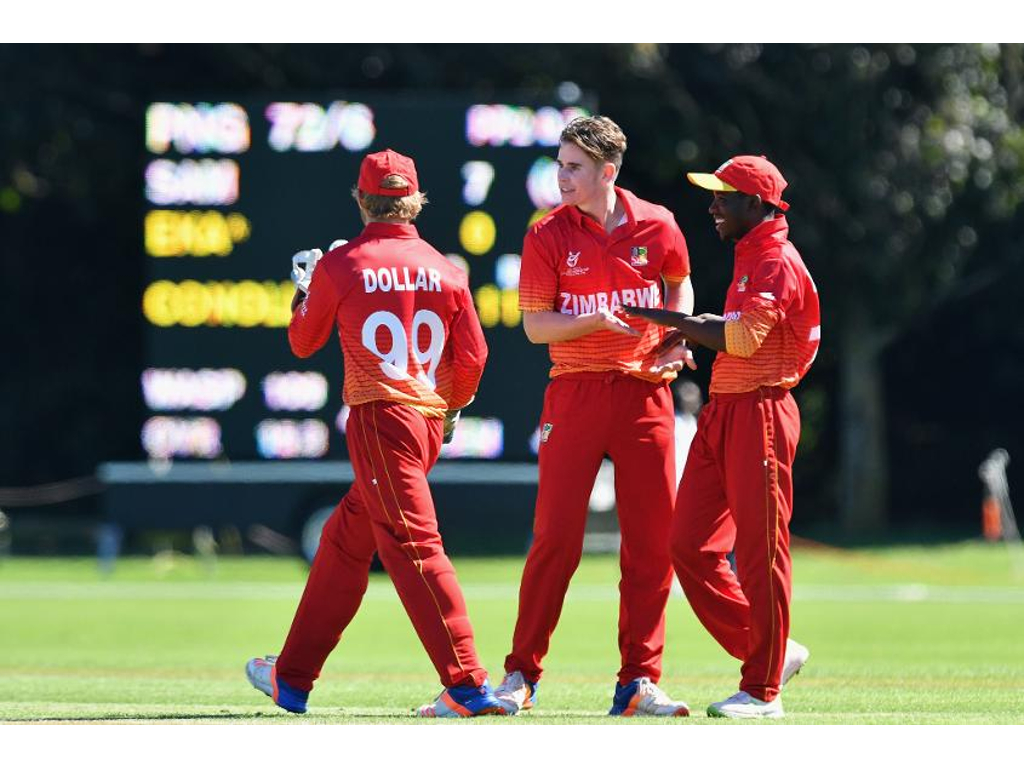 With rain having reduced the contest to 20 overs a side, Zimbabwe won the toss and chose to bowl in their under-19 World Cup opener against Papua New Guinea.

At first however the only way a wicket looked like coming was through a run out, with a couple of mix-ups going unpunished. And as Igo Mahuru upped the ante, pulling and uppercutting to good effect, Zimbabwe might have been worried, the score reaching 41/0.

But Mahuru attempted one uppercut too many, skying a catch to deep point off Robert Chimhinya, and from there PNG slid. His run-a-ball 26 remained the top score, and though several others made starts – Simon Atai a doughty 14, Sinaka Arua a belligerent 18, including PNG’s only six, and Ovis Sam a hard-run 24 not out, which remarkably came at better than a run a ball despite not containing a boundary – it felt like every time PNG tried to increase their run rate, wickets fell as a consequence.

This was as much down to canny Zimbabwe bowling as anything else, with no bowler proving too loose. Off-spinner Wesley Madhevere’s 3/19 was the pick of the figures, but all combined to good effect.

More mixed was Zimbabwe’s fielding effort. Though there were some excellent stops and a running boundary catch from Madhevere to appreciate, there were also multiple dropped catches. But though it’s something that they will be looking to improve going forward, they rallied well enough today that it shouldn’t matter, and the chase was little more than a formality.

There was a noticeable lack of intensity – although the appealing from PNG was at least energetic – as Zimbabwe’s openers Greg Dollar and Wesley Madhevere took the chance to enjoy some time in the middle relatively free of pressure. The latter looked particularly comfortable, striking six fours on his way to a half-century, including one gorgeous lofted straight drive. He held the pose, and deserved to enjoy an excellent individual performance with bat, ball, and in the field. But he and his side will know there are much tougher tasks ahead.