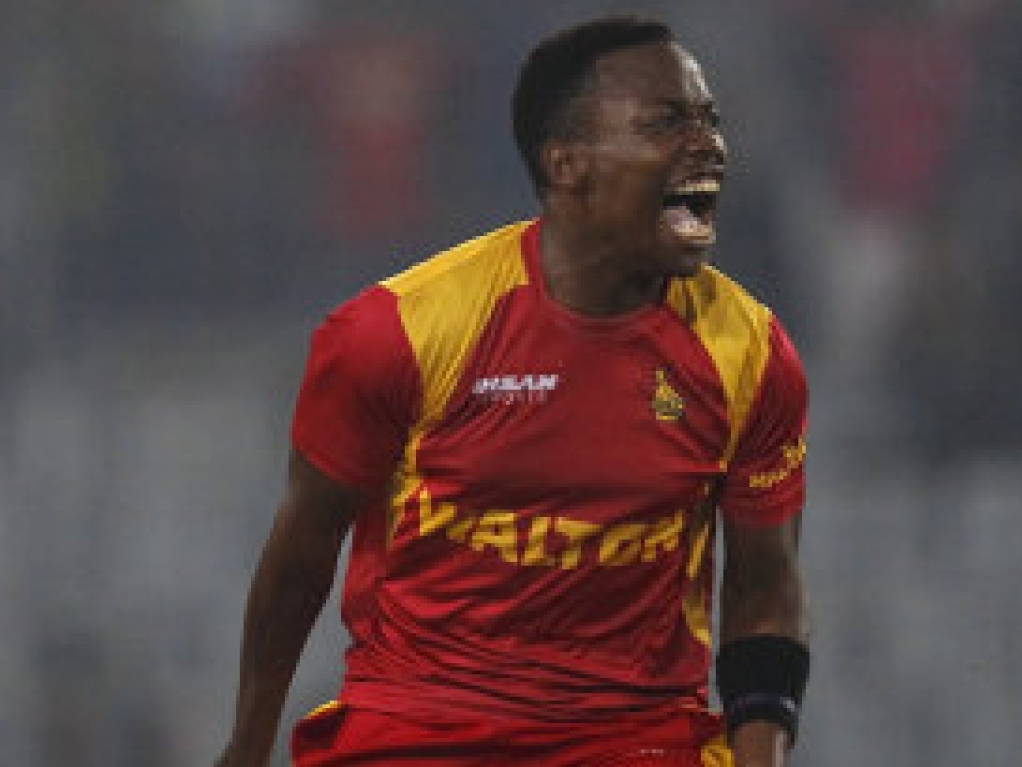 India needed a gettable eight runs off the final over in the first T20 against Zimbabwe in Harare, but the hosts defended superbly to record a morale-boosting two-run win on Saturday.

Zim had made 170 for six in their innings, thanks to Elton Chigumbura's blistering 54 not out off 26 balls at the death. And while India's top order all got starts, aside from KL Rahul's duck, they failed to chase the target down.

India won the toss and chose to field, clearly assuming that their IPL-strengthened batting line up would be able to chase nearly anything, especially in light of their ODI series whitewash.

For most of the innings, it looked like Zim would again fail with the bat. In the ODIs they never managed a score close to 200, so it seemed to be a safe assumption that India's bowlers would dominate.

Four of the top five Zim batsmen reached the 20s, with Malcolm Waller the best of the lot with 30, and they lost Richmond Mutumbami to injury after he'd faced four deliveries. As such, Chigumbura's brisk knock was vital.

The start of the chase should have given India a clue as to the trickiness of the situation, as Rahul was bowled first ball by Donald Tiripano.

But they were still in it, as Mandeep Singh recorded 31, and the rest of the top order also got starts. Manish Pandey's 48 seemed to do the job, especially as MS Dhoni was in the middle at the death.

The skipper made 19 not out, but regular wickets at the other end, including the first ball of the final over, put all the pressure on him. Neville Madziva had only eight runs to play with, but he conceded only five as Dhoni was only able to hit the last ball, which required four to win, for a single.

It was a very welcome win for the home side, who have seen their fans abandon them in protest of their dire form, and they will be delighted to get a win on the board, even against a second string India.