Home Reports & previews Zimbabwe spin Windies out on day one

Zimbabwe spin Windies out on day one 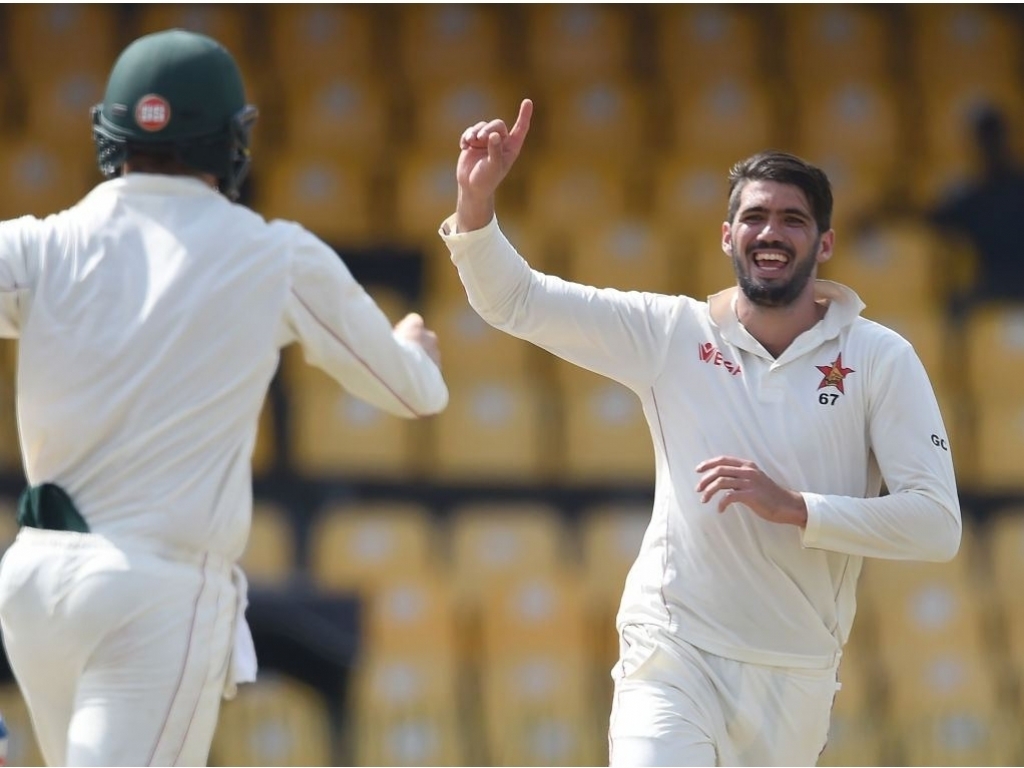 The West Indies won the toss and elected to bat on what looked like a typical slow Bulawayo pitch only to be bowled out for 219 by Zimbabwe.

Zimbabwe reached 19 without loss by stumps on day one of the first Test against the West Indies to cement their dominance and grab an early psychological edge over the tourists.

Shai Hope played a lone-hand and would end unbeaten on 90 with only Kieron Powell (56) joining him in passing fifty.

For most of the day the game hung in the balance with the West Indies making slow progress despite the loss of occasional wickets.

The first session saw the West Indies reach 65 for 2 with Kraigg Brathwaite (3) becoming Kyle Jarvis’ first wicket on his return to Test cricket while Kyle Hope (16) became the first ever Test wicket for debutant Solomon Mire.

Two decent partnerships followed lunch as Shai Hope put on 75 with Powell and a further 64 with Roston Chase (31).

By tea West Indies had reached 154 for 3 but the final session would see them crumble against the Zimbabwe spin trio of Graeme Cremer (4/64), Sean Williams (3/20) and Sikandar Raza (1/42).

The accuracy of the Zimbabwe seamers had built pressure but the tweakers would get all the rewards late in the day.

Raza provided the breakthrough wicket of Chase just when it looked like the Windies might get on top.

Williams made short work of the Windies lower-middle order taking 3 for 2 in four overs and accounting for Shane Dowrich (11), Jason Holder (8) and Devendra Bishoo (0).

Shai Hope scored his fourth consecutive fifty but will need the rest of the batsmen to come to the party.

The skipper then ran through the tail getting just reward for his toil finishing as the pick of the bowlers having claimed four scalps in his 23.5 overs.