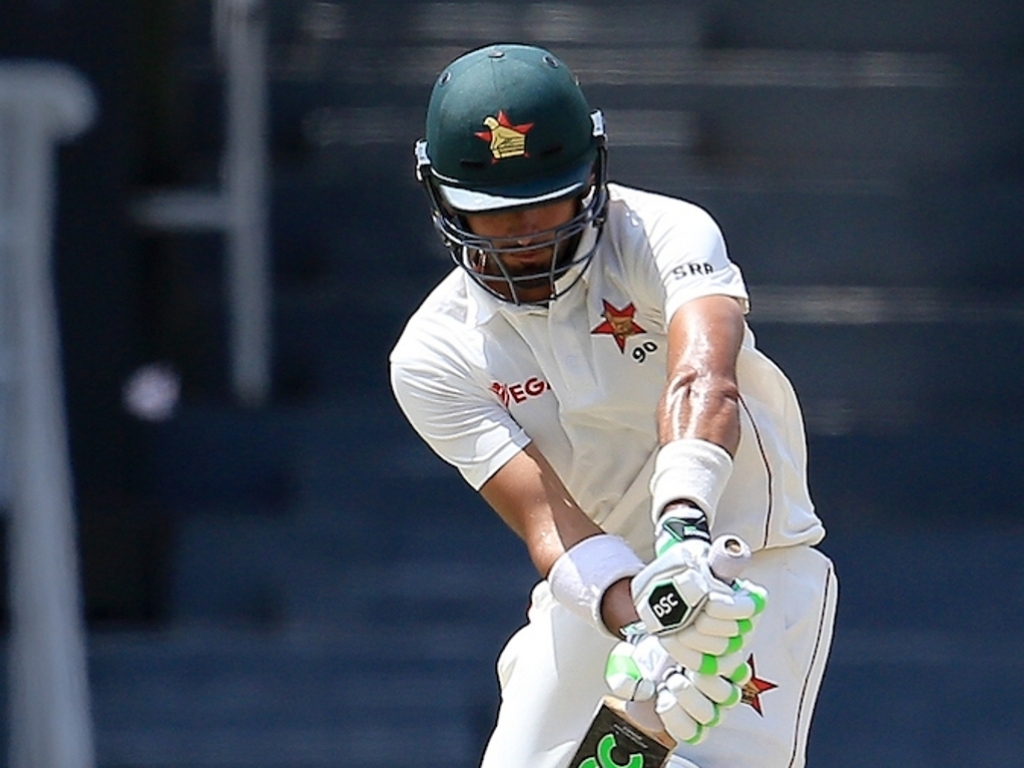 Zimbabwe fought hard to earn a draw from the second Test against the West Indies in Bulawayo starting the day four down and still trailing by two runs.

Sikandar Raza fell narrowly short of joining an elite club as he made 89 after a first innings fifty and a five wicket haul.

Raza started the day with Peter Moor (42) who could add just two to his overnight total before prodding Shannon Gabriel to Gully.

Malcolm Waller (15) played out an agonizing innings but one that critically used up 43 balls and 59 minutes.

Waller edged Bishoo to slip before lunch and it seemed as though the West Indies were closing in on victory.

Regis Chakabva joined Raza and was a picture of solidity in defence in stark contrast to his shaky presence behind the stumps.

Raza was undone by a jaffer from Jason Holder that jagged back off the seam leaving the well set batsman playing down the original line of the delivery as the ball snaked between bat and pad and clattered into the stumps.

Holder should have had Graeme Cremer early in his innings as a vicious bouncer clipped the skippers glove rising through to Shane Dowrich who did brilliantly to palm the ball up and catch it on the rebound but the umpire was unmoved and the West Indies were out of reviews.

The Windies skipper cannot complain too much having been the beneficiary of another umpiring error and went on to record a century.

Chakabva (71*) and skipper Cremer (28*) were resolute in defence and earned tidy not outs as the match meandered to a conclusion with Zimbabwe on 310/7 leading by 179 runs.

The West Indies win the series 1-0 after claiming victory in the first Test at the same venue.