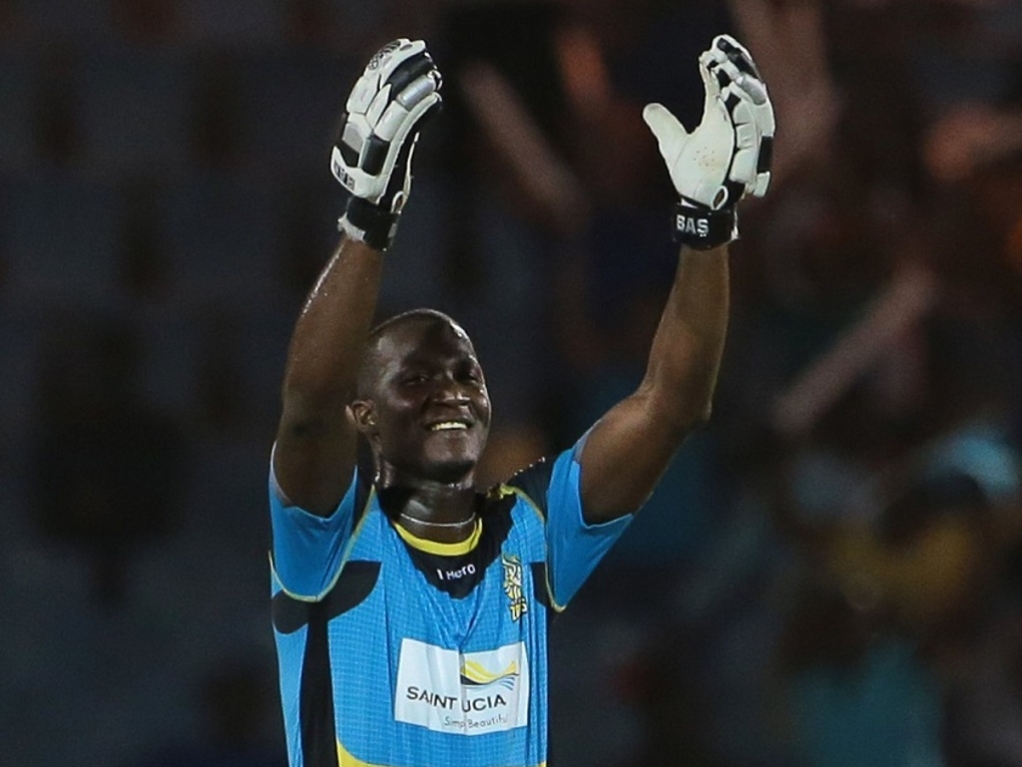 On the night that the Beauséjour Stadium was renamed in honour of Daren Sammy, the Zouks captain celebrated with a match winning half-century against the St Kitts and Nevis Patriots in the Caribbean Premier League.

Sammy recorded his highest CPL score as the Zouks secured a 35-run victory that keeps them in the tournament.

The same is not the case for the Patriots who can no longer advance to the knockout stages having recorded just one win in the eight matches they have played so far.

They ended up 35 runs short of their victory target meaning they are now playing for pride in their remaining fixtures.

The Zouks batted first and lost Andre Fletcher in the second over to a brilliant diving catch from Alzarri Joseph, but they still got off to a very brisk start thanks to 25 runs from just 14 balls from Johnson Charles.

Charles was looking in excellent touch on his home ground, but he miscued a pull shot off Joseph straight to a fielder right in front of the newly christened Johnson Charles Stand.

The wicket of Charles left the Zouks 39/2 at the start of the fifth over. The run rate was good but having lost both openers they were in danger of losing the momentum that they had built thanks to Charles’ big hitting.

That danger became a reality when Shane Watson was out for 15 off the bowling of Jonathan Carter.

Michael Hussey and David Miller attempted to do a rebuilding job, batting for five overs for 25 runs with the hope that they could catch up with the scoring rate later on. While the theory was sound the execution was lacking, Hussey departed for 26, edging behind off Carter.

That brought man of the moment Sammy to the crease at a ground that is now named after him. Thankfully for Sammy and the local crowd he came off brilliantly to take his team to a competitive total.

He blasted 59 runs from 35 balls as the Zouks reached 174/9 from their 20 overs. This was Sammy’s first CPL fifty and his highest T20 score in the Caribbean. It could not have been scripted any better for the Zouks’ captain.

A flurry of wickets at the back end of the innings for Joseph saw the West Indies under-19 star claim a career best 4/41, but it left the Patriots needing a record chase on this ground for victory.

The Patriots batting has been inconsistent at the CPL in 2016 and they would need a great start from their top order to reach this target. Both Evin Lewis and Lendl Simmons were gone inside the batting PowerPlay with the Patriots reaching 46/2 after six overs.

The Zouks continued to squeeze the Patriots in the middle overs and the rate kept on rising. JJ Smuts was finding the odd boundary but not with enough regularity to keep his team on track. Smuts fell attempting to launch a ball from Delorn Johnson over long on and only managing to find the fielder.

When Sammy picked up the wicket of Devon Thomas the crowd went crazy, with the Patriots reduced to 73/4 in the 10th over.

A superb partnership between Faf du Plessis and Carter that brought the Patriots 50 runs from 36 balls kept them in the game. It looked like the two batsmen would take the Patriots home but when Carter slipped mid-pitch he was run out for 21.

When Brad Hodge fell cheaply the Patriots’ last hope of victory was gone, as was their hopes of making the finals week back home in St Kitts.