Home News Zouks knocked out of CPL by Trinbago

Zouks knocked out of CPL by Trinbago 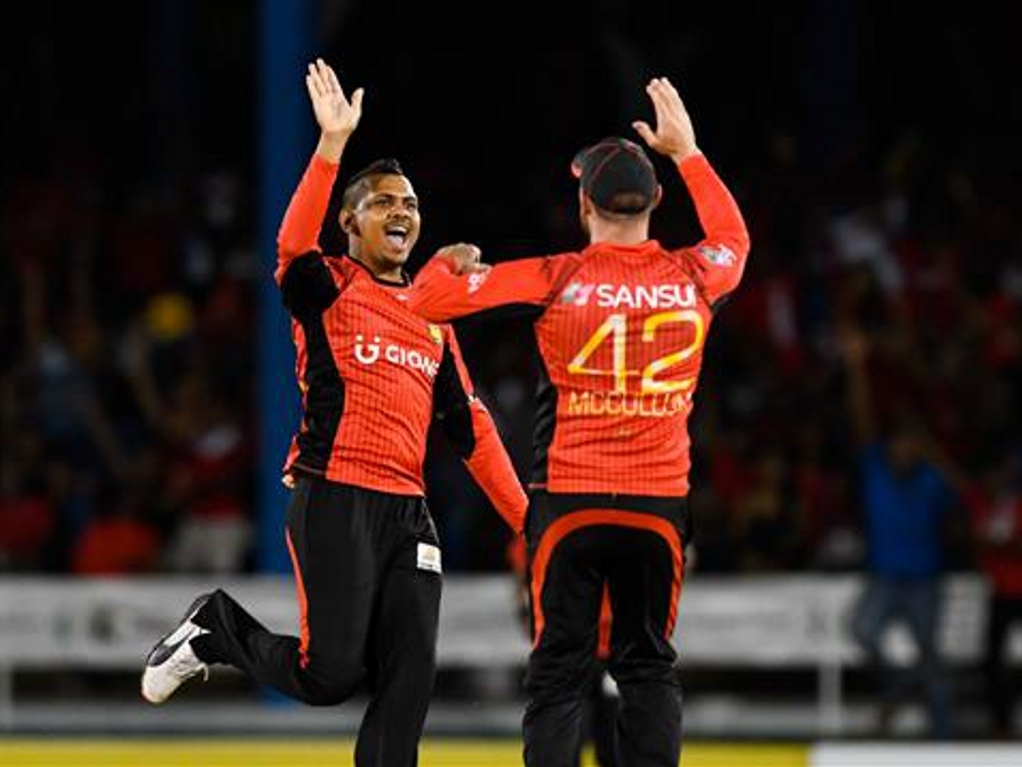 The Trinbago Knight Riders defeated the St Lucia Zouks in the Caribbean Premier League to set up an effective semi-final against the Jamaica Tallawahs on Friday night.

Runs from Brendon McCullum and wickets for Ronsford Beaton allowed them to secure victory by five wickets with nine balls to spare.

This defeat means the Zouks are eliminated from the CPL for this season but a first knockout appearance for the franchise will allow them to dream of going further in 2017.

The Zouks got off to the best possible start for the third successive game thanks to openers Andre Fletcher and Johnson Charles. In the matches in Lauderhill, Florida they had stands of 89 and 107.

Here they put on 62 for the first wicket, aided by dropped catches by Kevon Cooper, Umar Akmal and McCullum. They weren’t the last spilled opportunities as seven catches were dropped by the Knight Riders during the Zouks innings.

The first wicket came when a catch was finally taken, Johnson Charles caught in the deep by Dwayne Bravo for 31 (22) off the bowling of Cooper. Three balls later the same thing happened, with Shane Watson caught by Bravo off Cooper to leave the Zouks 66-2.

When Michael Hussey was sold a dummy by Fletcher and run out in the next over the Zouks found themselves 67-3 having lost three wickets for five runs in the space of seven balls. The Zouks also lost David Miller who has struggled for form this CPL. Miller made a run a ball 13 before he was out slogging Nikita Miller.

While all of these wickets were falling at the other end Fletcher remained at the crease but his run rate was plummeting. When Johnson Charles was dismissed Fletcher had 30 runs from 22 balls. When Fletcher was out nine overs later he had made 41 runs from 43 balls, making just 11 runs from 21 balls in that period.

The wickets just kept falling with Beaton the chief destroyer as he finished with figures of 3 for 23, his best return of this CPL at one point taking the wickets of Grant Elliott and Gidron Pope in successive balls.

Daren Sammy, the beating heart of this St Lucia Zouks side, took his team to a total that they had a chance of defending with 40 from 22 balls in an innings that included three sixes. Eventually the Zouks reached 164-8 with 34 runs coming off the last two overs.

The Knight Riders were always favourites to chase this down but an early wicket for the Zouks gave them home. Delorn Johnson has only played in seven of the Zouks’ 11 matches so far this season but here he passed Shane Watson as the leading wicket taker for the St Lucian team this season. He picked up the prize wicket of Hashim Amla in his first over who edged through to the keeper.

Despite the loss of such a valuable asset so early in their chase the Knight Riders set about reaching this target with some ease. Umar Akmal was the first player for the Knight Riders to get going as he hit five fours and a six on his way to 30 from 15. Akmal fell to Johnson, his 13th wicket of the season.

When Colin Munro lost his wicket five balls later TKR were 61-3 and in danger of sacrificing their good start. McCullum had struggled with injury and form before his 43 not out in the Knight Riders’ last group game where he batted down the order rather than as an opener. New Zealander McCullum batted at four and made 49 not out to see his side home.

The Zouks had some chances to successfully defend this total, not least when Sunil Narine could have been caught in the deep off Jerome Taylor but substitute fielder Keddy Lesporis misjudged the swirling catch.

In the end it was a simple chase for the current CPL champions, who are now one step closer to defending their title.