Cook and Fortuin dominate for Lions 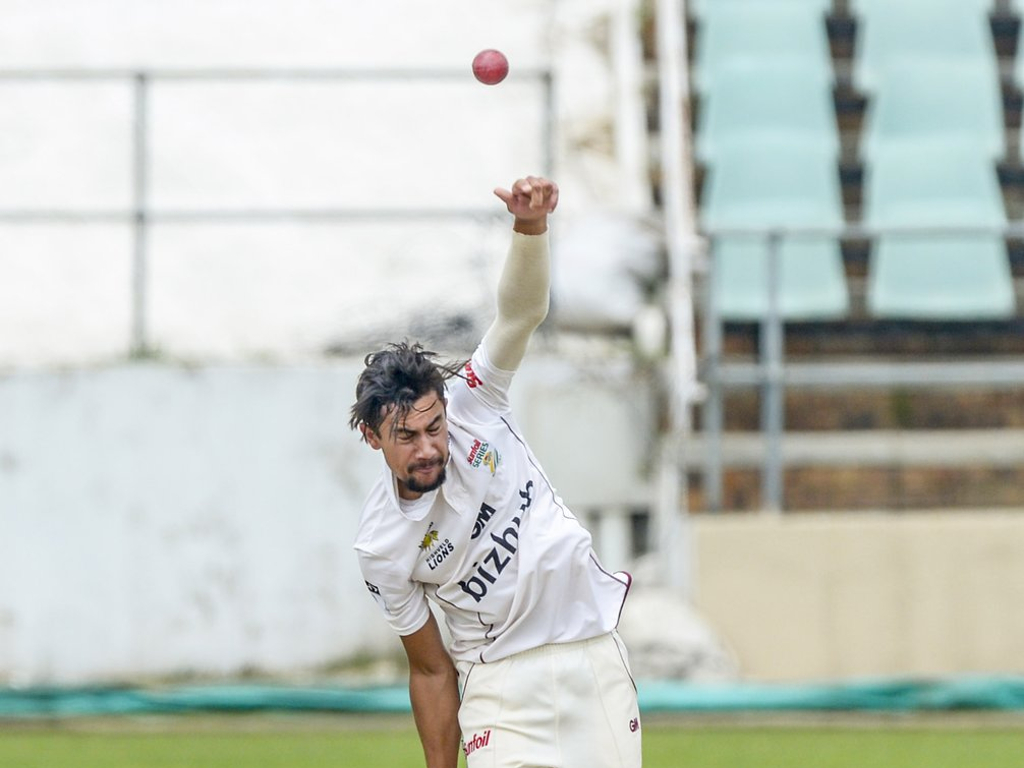 Career-best figures from Bjorn Fortuin and a return to form by Stephen Cook ensured that the Highveld Lions were well on top after three days of their Sunfoil Series encounter against the Knights at Senwes Park in Potchefstroom on Wednesday.

Slow left-armer Fortuin claimed six for 78, only his second five-for, as the defending champions were bowled out for 261, a deficit of 203.

That was then stretched to 402 after the home side made 198 for two declared thanks to Standard Bank Proteas opener Cook hitting 105 (144 balls, 13 fours), his 42nd career century.

And the Knights then found themselves in trouble by the close, which they reached on 35 for one as Hardus Viljoen (1/14) had claimed the wicket of Grant Mokoena (12).

Earlier it was Fortuin that starred after he surpassed his previous best of five for 33 playing for North West against Griquas in three-day cricket.

Viljoen chipped in with two for 58 and Wiaan Lubbe two for 51 as the Knights struggled. Only Rudi Second (50 off 110 balls, 7 fours) managed a substantial contribution on day three.

The Lions then batted for 45 overs with Cook leading the way with his first ton of the season, while Rassie van der Dussen made a brisk 67 not out (81 balls, 7 fours), allowing for the quick declaration.

And the Knights were then left needing an unlikely 367 for victory with nine wickets standing.