Home SA Domestic De Bruyn heads back to the Titans

De Bruyn heads back to the Titans

The Multiply Titans have announced the eighteen players to be awarded franchise contracts for the 2018-19 season. The contract list features a mix of the past and the future, with Theunis de Bruyn re-joining the franchise, while paceman Tshepo Moreki has signed for the first time from the WSB Cape Cobras.

Rookie contracts have been awarded to Corbin Bosch and Wandile Makwetu.

Malusi Siboto has left the Multiply Titans, following the expiry of his contract, while Rowan Richards has been released from the franchise.

“The squad is a good balance of youth and experience and definitely one that has the potential to defend our two trophies and possibly put us in a position to win all three competitions.”

Pretoria-born De Bruyn returns to familiar surroundings at SuperSport Park, after a two-year stint with the VKB Knights. Having started his cricketing career at the Centurion franchise, the 25-year-old will bring international experience, following his Test and T20 International debuts last year.

An all-format player, Moreki has featured in over 100 games at provincial and franchise level combined, garnering 150 wickets in the process. And it was during last season’s four-day game against the Multiply Titans, that the 24-year-old seamer caught Boucher’s attention.

“Tshepo is a promising talent. I was really impressed with the way he bowled against us in Paarl. I love his attitude on the field, he’s fit and is hungry to play, so I am looking forward to see what he can bring with the ball,” said Boucher of the Titans’ newest acquisition. 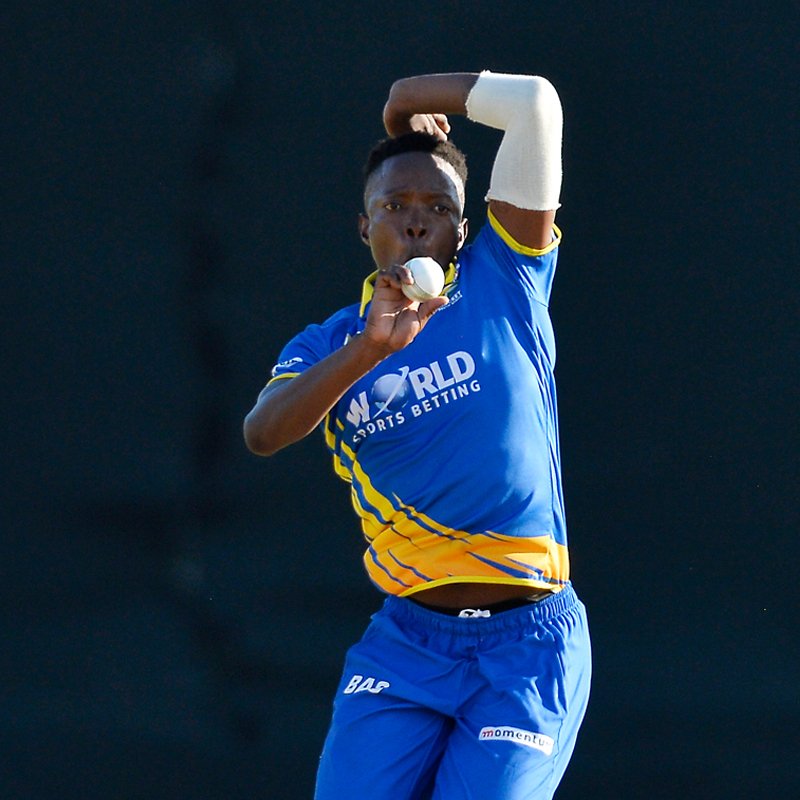 Right-arm seamer Bosch, a product of the Northerns pipeline, has been on the fringe of the team, having made his debut with the red and white ball last season. The 23-year-old paceman has made six appearances so far, and was a part of the squad that won a dramatic Sunfoil Series title.

Makwetu, meanwhile, arrives at the franchise on the back of an impressive summer behind the stumps and at the crease. The 19-year-old wicketkeeper starred at the U-19 ICC World Cup earlier this year, before going on to make his First-Class and List A debut for Northerns.

“Corbin is a player who has been on the cusp of selection, having sprung out a little bit later than others. He’s started bowling very quickly and there is a lot of potential in his batting as well, so there’s an all-rounder that we can work with,” commented Boucher.

“Wandile is an exciting prospect for the franchise. Watching him perform on the big stage in the Under-19 World Cup proves he can handle pressure situations. He has a lot of talent and we will aiming to nurture that talent this season.”

The Multiply Titans enjoyed another stellar season in 2017-18, which saw the Sky Blues become the first domestic franchise to win a hat-trick of T20 titles, before clinching the four-day title. While

That continued a long-standing Titans tradition in the national setup, with Markram and Ngidi joining a list of eight Proteas currently associated with the Centurion franchise.

Following the announcement of AB de Villiers’ immediate retirement from all forms of international cricket, discussions are still ongoing regarding the finalisation of a playing arrangement for the upcoming season.