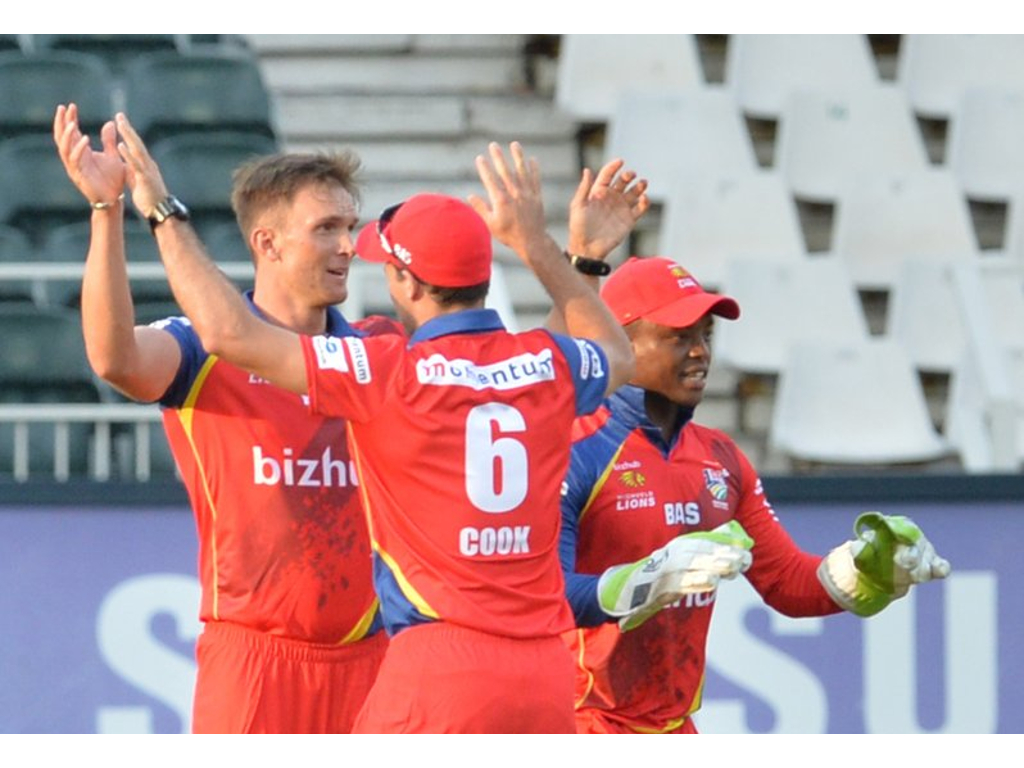 An excellent all-round performance by Hardus Viljoen helped the Highveld Lions secure a dramatic last-ball tie against the Knights in their MODC encounter at the Diamond Oval in Kimberley on Friday.

After the hosts totalled 272 for eight in their 50 overs, the visitors replied with 272 for nine, a total that looked beyond their reach when they had slumped to 231 for eight, still needing 43 from the final 20 deliveries.

But Viljoen, who earlier took two for 43, plundered four fours and two sixes in a 22-ball 45 not out to level the scores and earn his side a share of the points.

However, the Lions may feel slightly aggrieved that they did not take all the points after entering the final over requiring just seven, before the epic finish.

Beuran Hendricks continued his good form this season by collecting two for 46.

Rassie van der Dussen top-scored for the Lions with 67 (84 balls, 8 fours), while Dominic Hendricks also made a half-century, hitting 50 (73 balls, 6 fours), to give them a chance.

But Duanne Olivier’s four for 34 and three for 48 by Eddie Leie kept the Knights in control, before the late drama.