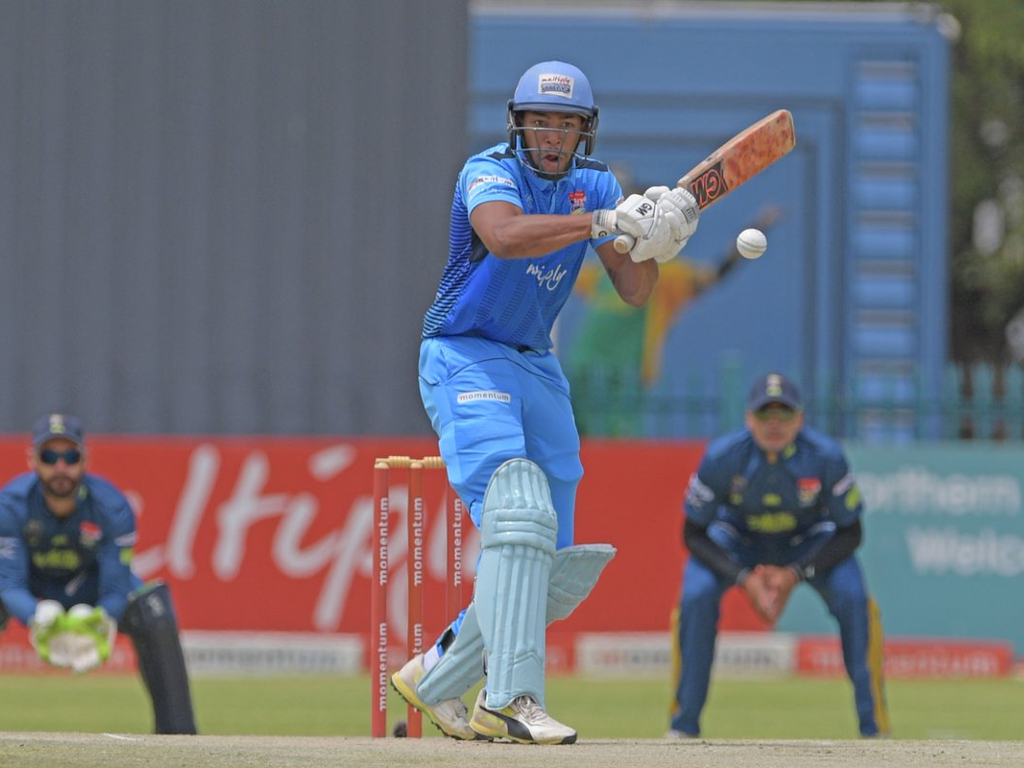 There were victories for the Cobras, Warriors and Titans as the MODC moved towards its conclusion with a full round of matches on Friday.

A ninth career century by Pieter Malan set the Cape Cobras on their way to a 27-run Momentum One-Day Cup victory over the Highveld Lions at Boland Park in Paarl on Friday night.

Rory Kleinveldt led the way with the ball by taking three for 48 as the Cobras maintained their second-place position on the log.

For the Lions, it was a costly defeat and saw them slip out of the play-off places behind the Warriors, who were surprise winners over the Dolphins in Durban.

Malan was the key man with his first ton of the season following four half-centuries, enabling his side to reach a useful total after they lost the toss and were asked to bat first.

Simon Khomari provided good support with his third successive half-century after he made 79 (103 balls, 3 fours) – the highest score of his career.

The Lions lost openers Stephen Cook (6) and Reeza Hendricks (22) inside the opening 12 overs, leaving them on 46 for two.

Dominic Hendricks tried his best to keep them up with the run rate by hitting 77 (98 balls, 6 fours).

And the left-hander did a decent job by taking them to 197 for five in the 41st over when he then departed.

Dwaine Pretorius kept things going with 46, but after he fell, the tail caved in and the visitors were dismissed with 10 balls to spare.

A maiden career century by Tony de Zorzi set the Titans on their way to yet another Momentum One-Day Cup bonus-point win as they trounced the Knights by 95 runs at the Diamond Oval in Kimberley on Friday evening.

The young left-hander struck 103 (128 balls, 9 fours, 1 six) as the visitors amassed 309 for eight, before another rookie, debutant Gregory Mahlokwana, took three for 41 as the hosts were bundled out for 214.

It was the sixth win out of eight games for the reigning champions and helped them stretch their lead at the summit, while the Knights remained winless and on the brink of elimination.

The home side continued their struggles in the Northern Cape, and after winning the toss and bowling, were punished by the Titans’ top-order.

They were eventually kept restricted to a 310 target – De Zorzi completed his first ever ton, surpassing the 78 he made for Northerns against Namibia he made in 2016/17.

But once the pair fell, followed by David Miller for a duck and Theunis de Bruyn for 37, the home side folded quickly.

Tabraiz Shamsi continued his good form with two for 39, while David Wiese took two for 47 – the pair providing good support for 23-year-old slow left-armer Mahlokwana – as the Knights were blown away in 40.1 overs.

Colin Ackermann starred with bat and ball as the struggling Warriors stunned the in-form Dolphins by seven wickets in their Momentum One-Day Cup clash at Kingsmead in Durban on Friday night.

The pair guided the Eastern Cape side to victory with five overs to spare.

It was an excellent showing by Ackermann, particularly against an impressive home side that were looking to keep the pressure on the leaders, but instead faltered and allowed the away side to make headway in their quest for a play-off place.

The men from the Eastern Cape are now up to fourth on the table after only a third win from eight games this season.

They were in control throughout the game, even though they lost the toss and were asked to bowl first.

Andrew Birch (3/41) and Anrich Nortje (1/33) left the Dolphins in trouble on five for two early and they never recovered.

Dane Vilas top-scored with 82 (90 balls, 8 fours) and Khaya Zondo hit 41, but there was little else in terms of support as the hosts set a modest 208.

Imran Tahir then picked up two for 46 to help leave the visitors on 79 for three, but Ackermann and Vallie ensured there were no more jitters as they took their side to a key win.