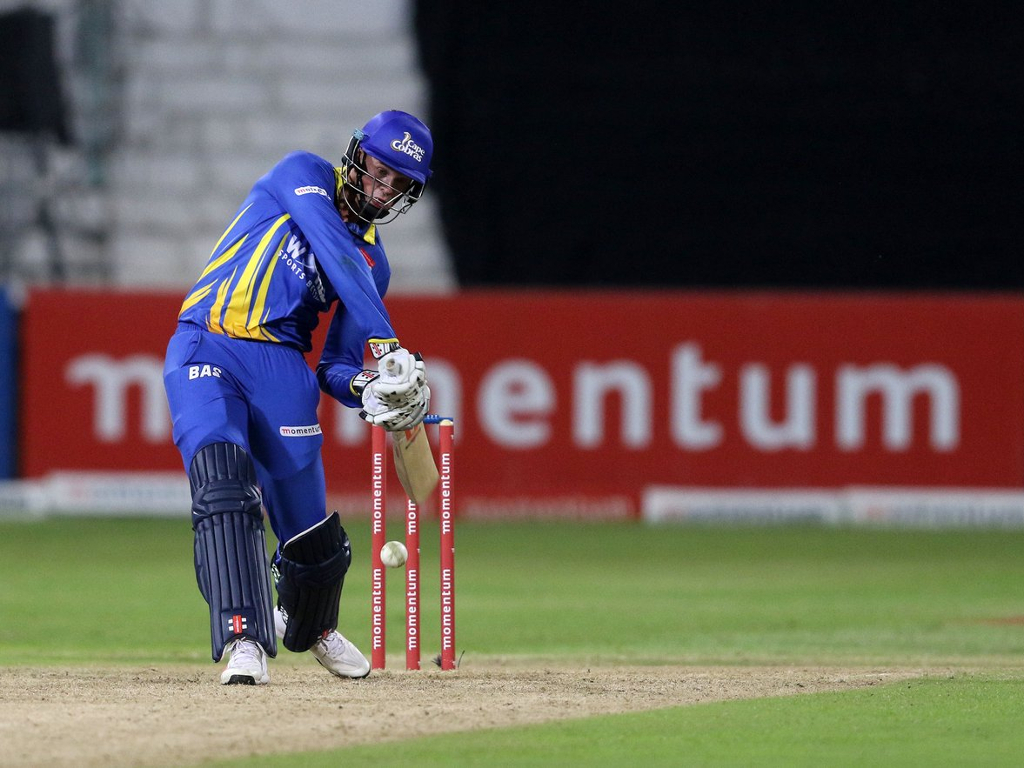 Attie Maposa returned career-best MODC figures to set the Dolphins on their way to a bonus-point seven-wicket win over the struggling Knights at the Kingsmead in Durban on Friday.

The medium-pacer claimed four for 46 to help bundle out the winless visitors for just 193, before Sarel Erwee led the way with the bat by striking 84 (109 balls, 13 fours) as the hosts eased to victory with 81 balls to spare.

It was a clinical performance by the Dolphins and helped them move level on 18 points at the summit alongside the Cape Cobras.

Maposa, whose best figures in the previous three matches he played were two for 22 against the Warriors earlier in the season, was the most successful of the bowlers, but there were other key contributions too after the Knights had won the toss and elected to bat first.

They were three down for 22 in the eighth over and never really recovered, despite David Miller top-scoring with 79 (71 balls, 8 fours, 2 sixes).

Werner Coetsee scored 38 as the Knights folded in 41.5 overs.

Erwee led the reply for the home side and, after he fell, captain Khaya Zondo did the rest with an unbeaten 43 to take the Dolphins to a fourth win in five games.

Meanwhile  a 69-run eighth wicket stand between George Linde and Rory Kleinveldt helped the Cape Cobras record a thrilling one-wicket win over the Multiply Titans in their Momentum One-Day Cup encounter at PPC Newlands in Cape Town on Friday.

The pair came together with their side seemingly headed for defeat on 182 for seven chasing a target of 271.

But veteran Kleinveldt blasted 45 off 36 balls and Linde hit a more measured unbeaten 39 off 38 deliveries as the hosts won with three deliveries to spare.

The result ensured they completed the double over the defending champions having beaten them in Centurion last Friday, with the latest result also propelling them level with the Dolphins on 18 points at the top of the table.

The Cobras had lost the toss at the start and saw the Titans post a useful 270 for seven in their 50 overs.

Dane Paterson was the pick of the bowlers with three for 51.

The home side then looked well on their way for victory after reaching the 30th over on 152 for two after good contributions by Pieter Malan (62 off 68 balls, 4 fours, 1 six) and Simon Khomari (60 off 80 balls, 8 fours).

But Tabraiz Shamsi ran through the middle order with three for 66 putting the away side on course for victory.

Kleinveldt and Linde then dug deep, before the former became one of two wickets for Malusi Siboto (2/53) leaving the home side on 267 for nine.

But Linde and Mthiwekhaya Nabe held their nerve to secure the win.