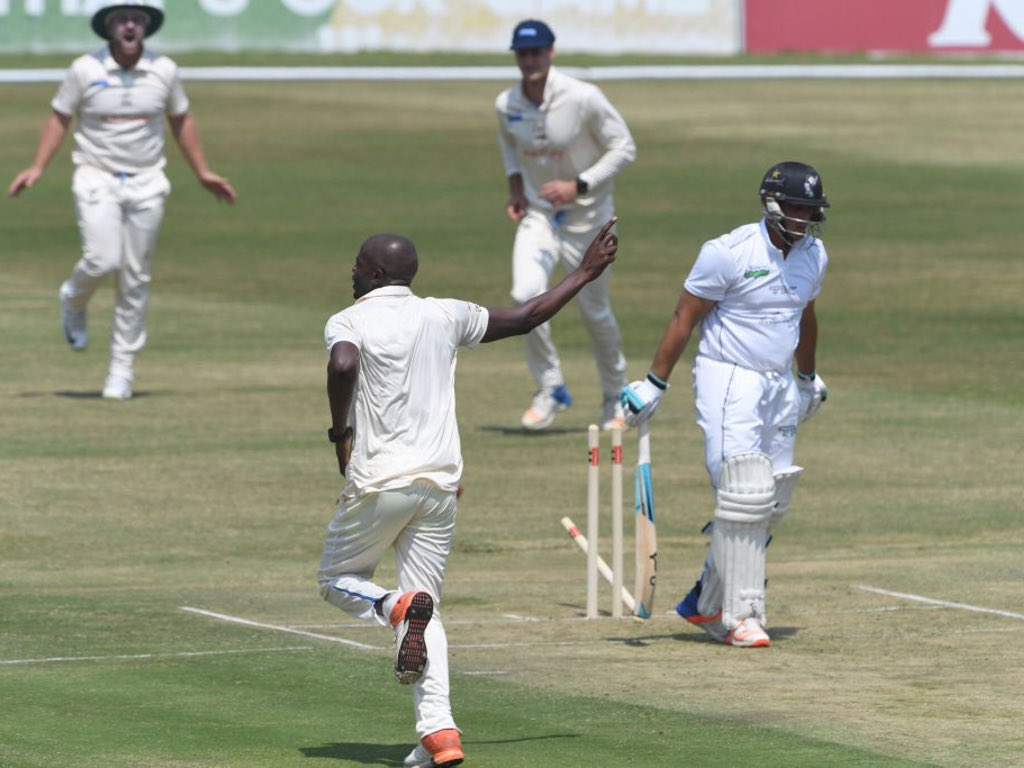 A career-best five-for from Alfred Mothoa handed the Titans the advantage at the end of the opening day of the 4-Day Franchise Series season against the Dolphins in Centurion on Wednesday.

The medium-pacer claimed five for 55 to help the reigning champions bowl out the visitors for 269 shortly before stumps, before replying with nine for one – a deficit of 260 at SuperSport Park.

Only Sibonelo Makhanya troubled the home side with his own franchise-best score of 86 (156 balls, 10 fours, 2 sixes) as those around him struggled.

The Durbanites had won the toss and opted to bat at the start, with debutants Grant Roelofsen and Jason Oakes (both 31) putting on a solid 52 for the opening wicket.

But after the dependable Vaughn van Jaarsveld was cleaned up second ball for one by Mothoa, the visitors somewhat lost their way.

Roelofsen followed not long after, while Senuran Muthusamy (7), Cody Chetty (34), Calvin Savage (15) and Robbie Frylinck (0) failed to assert themselves.

It left the Dolphins on 143 for seven in the 55th over and facing an early bowl out.

However, Makhanya finally found an able partner in captain Keshav Maharaj (41), with the pair adding 90 for the eighth wicket to frustrate the Titans. The former was eventually last man out with his side dismissed in 83.5 overs.

The latter then claimed the wicket of Tony de Zorzi (one) to give the away side hope heading into day two.