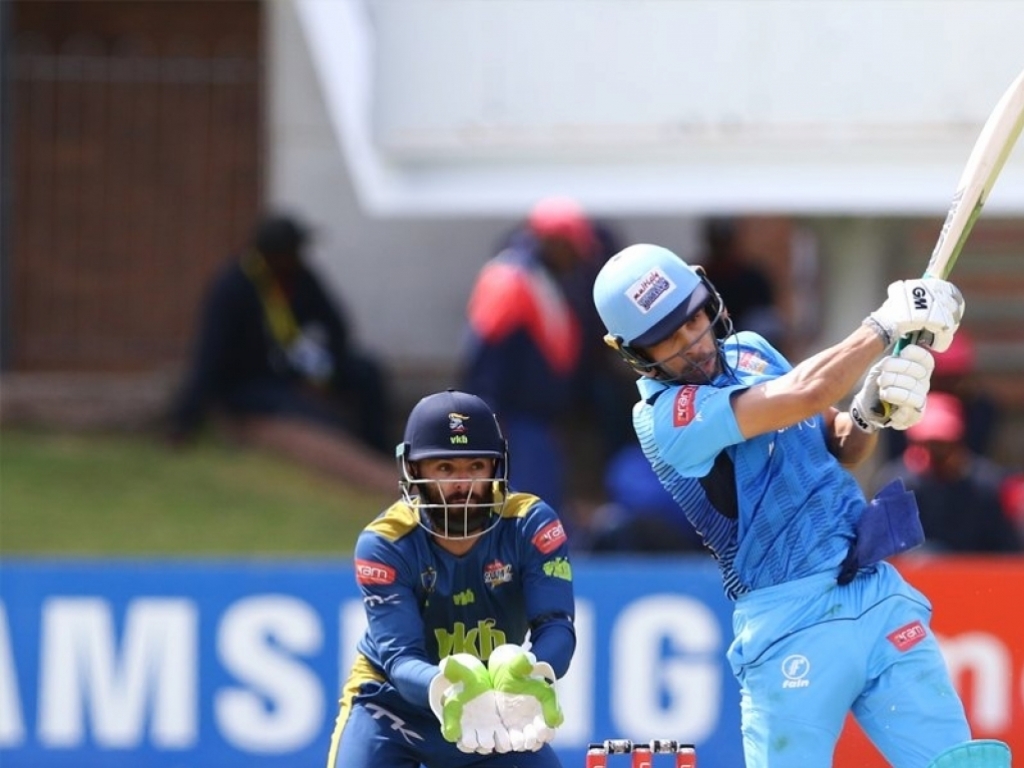 A battling, unbeaten Farhaan Behardien played a pivotal role as the Titans maintained their unbeaten run in the T20 Challenge with a fighting five-wicket win over the Knights at St George’s Park in Port Elizabeth on Sunday.

The defending champions looked all set for a first loss of the season after slipping to 54 for four after 11 overs in pursuit of a 134-victory target, but the ever-reliable Behardien struck 56 (39 balls, 3 fours, 4 sixes) to secure a sixth win out of eight – two of their games were washouts.

It was another super victory for Mark Boucher’s side, whose Standard Bank Proteas-rich squad have looked invincible so far in 2017/18.

Apart from Behardien, there were also some stellar performances with the ball from Dale Steyn and Tabraiz Shamsi after they claimed two for 20 and two for 21 respectively from their allotted overs.

The Knights, one of several teams in a log-jam as the competition reaches the business end, had won the toss and batted first in the first game of a double-header in the Eastern Cape.

But they struggled to get going and eventually had to settle for a modest 133 for seven thanks to David Miller’s 43 and 31 from Grant Mokoena.

Bowlers Aubrey Swanepoel (2/20), Duanne Olivier (1/31) and Shadley van Schalkwyk (1/30) then looked to have given them a chance by blowing away the top order cheaply.

But Albie Morkel (27) added a vital 38 with Behardien, before Chris Morris smashed an unbeaten 17 off 10 to help the Pretoria-based side guarantee themselves a home semi-final with two games to spare.

Robbie Frylinck took a hat-trick for the Dolphins but it was not enough as they fell to a narrow one-run defeat to the determined Warriors at St George’s Park in Port Elizabeth on Sunday.

The medium-pacer finished with the outstanding figures of three for 23 in his four overs as the hosts were restricted to a 153 for eight, before the visitors replied with 152 for seven in the second match of a Double-Header at the Eastern Cape venue.

It was a disappointing end for Frylinck, in particular, who recorded only the third hat-trick in the competition’s history.

The Warriors, needing a win to stay alive in the competition, had won the toss and opted to bat first.

But after hitting some early trouble thanks to Mthokozesi Shezi’s three for 24, Christiaan Jonker put them on course for a sizable total thanks to his 59 (36 balls, 3 fours, 5 sixes).

However, the middle-order batsman was the first of Frylinck’s three victims as Sisanda Magala (0) and Andrew Birch (0) followed in the 19th over, preventing the home side from a big finish.

Birch then struck two key blows with the ball in the third over – taking out Sarel Erwee (8) and Vaughn van Jaarsveld (0) – to leave the away side on 15 for two.

Two more quick wickets saw them slump further to 35 for four in the seventh over, before Morne van Wyk (57 off 44 balls, 4 fours) gave them hope via a fifth-wicket partnership with Sibonelo Makhanya (33) that yielded 60.

But once the latter fell, the pressure became too much for the Dolphins as they fell to a defeat that left them with a real scrap to reach the semi-finals.