T20 Challenge wrap: Cobras get back on track 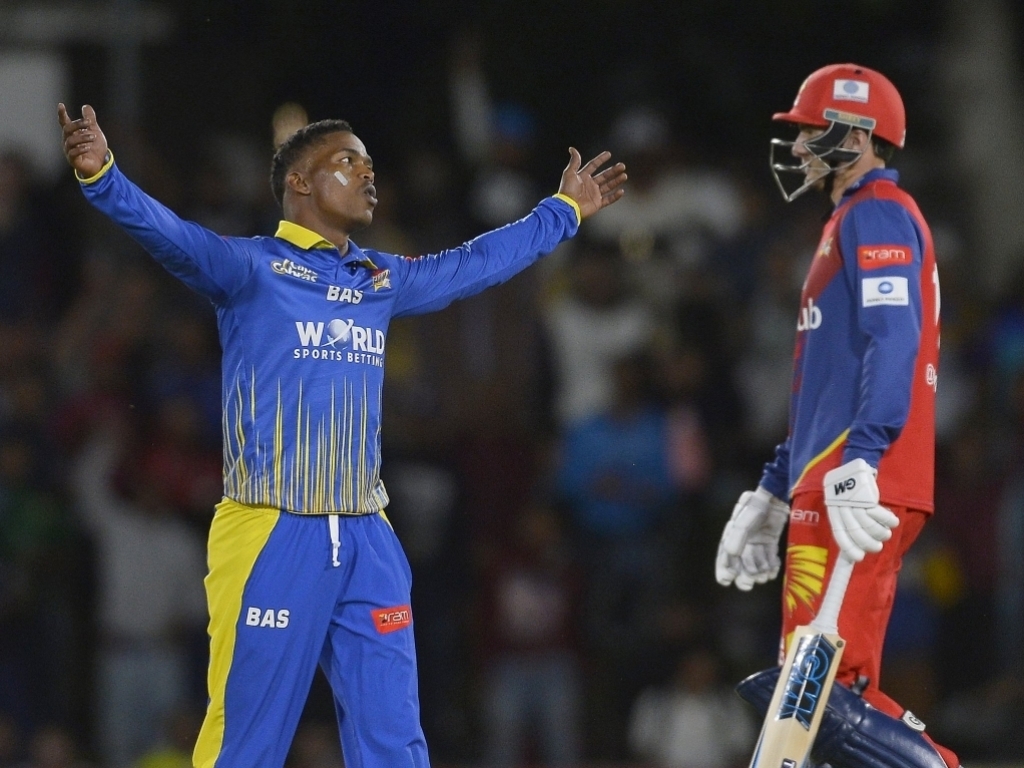 The Cape Cobras got their T20 Challenge campaign back on track as they beat the Highveld Lions by 6 runs at Boland Park on Friday evening.

It put an end to their losing runs of three successive matches and got them off the foot of the log with 4 points from 4 matches.

It was a match in which they held their nerve at the death better than their opponents who looked as though they held the upper hand on several occasions during their runs chase.

They were given a good start by Reeza Hendricks and Rassie van der Dussen who put on 52 for the first wicket in good time but thereafter they allowed the required run rate to gradually soar to double figures.

They then got it back to a reasonable target, needing just 15 runs off the last 11 balls before they imploded at the death.

JP Duminy led the Cobras from the front with his half-century and some economical overs and there was some key bowling from George Linde and Rory Kleinveldt who took 2 wickets each.

The Cobras left two of their current Proteas, Dane Paterson and Wayne Parnell, out of their side.

Kagiso Rabada backed up the decision of his captain, Aaron Phangiso, to bowl first with a superb performance that saw him claim 2/20 in 4 overs as the Cobras were restricted to a total of 145/7.

It was an effort that must have sent a chilling message not just to his domestic opponents but to those whom he will face on the international circuit later this season.

In the process Rabada took his 50th wicket in this format in only 40 matches.

His rhythm, pace and control were all outstanding as he produced Yorkers, short balls and back of a length deliveries seemingly at will and at an impressive pace as well.

He was well supported by Hardus Viljoen and Wiaan Mulder who also took two wickets each while the two spinners employed, Phangiso and Bjorn Fortuin were also tidy.

On a slow pitch with a bumpy outfield that has been affected by the Western Cape drought the Cobras total was probably worth more than it looked.

The Knights were taken down to the wire before they beat the Warriors by 4 wickets with 2 balls to spare in their T20 Challenge match at the Mangaung Oval on Friday evening.

It was their second win in 4 matches and advances them to joint second place with the Hollywoodbets Dolphins on the log.

They do, however, have a game in hand over the Dolphins.

Chasing a competitive target of 156 the Knights got away to a good start with David Miller laying the foundation with his innings of 48 off 37 balls with 6 fours.

This was followed by an important partnership of 45 in only four-and-a-half overs between Patrick Kruger and Ryan McLaren before Marchant de Lange got them across the line from the only ball that he faced, belting it to the boundary.

McLaren, who was dismissed off the last ball of the 19th over, played a key innings of 31 off 18 balls with a four and 2 sixes.

Jon-Jon Smuts was the most successful bowler with 2 wickets.

Earlier, Colin Ackermann (74 off 51 balls, 5 fours and 2 sixes) underlined his credentials as one of the best young batsmen in the country as he powered the Warriors to a competitive total of 155/6 after they had been sent into bat by the Knights.

The Warriors had got themselves into trouble at 65/4 in the 12th over before Ackermann took charge and the fact that the next best contribution for the visitors was the 23 of Smuts emphasized what a key role Ackermann had played.

There was support down the order from Jerry Nqolo and Lesiba Ngoepe.

The bowling honours were shared by Shadley van Schalkwyk and Mbulelo Budaza with two wickets each while Eddie Leie was also impressive, taking one wicket for only 20 runs in his 4 overs.