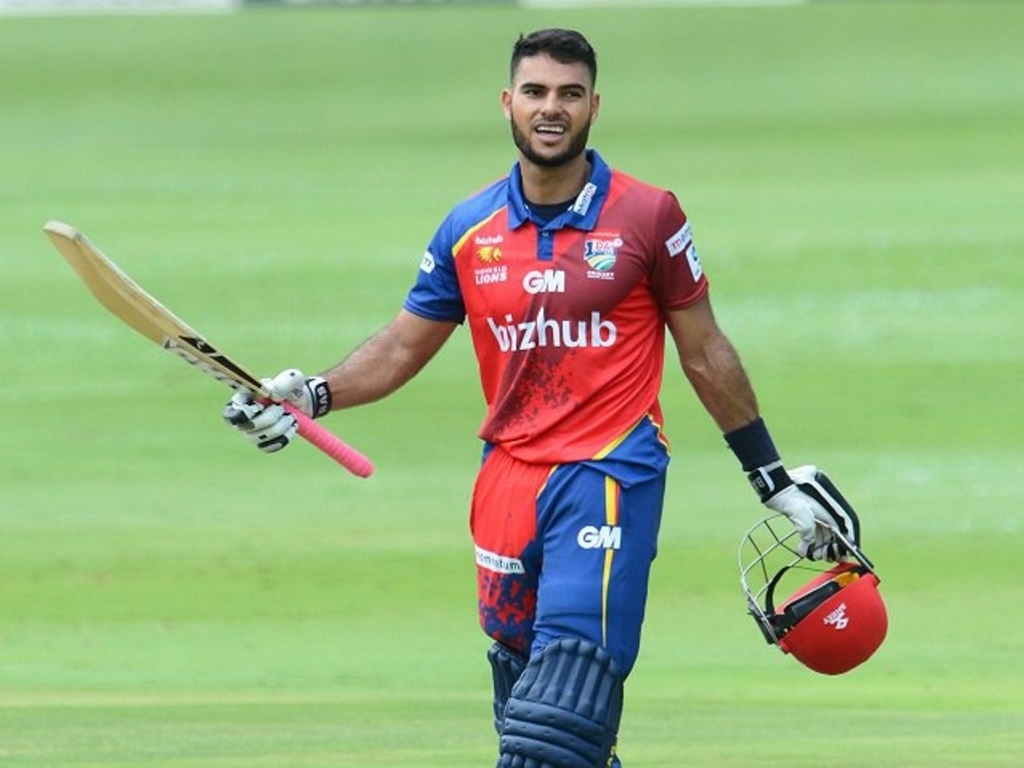 A maiden century from Reeza Hendricks help the Highveld Lions secure a thrilling last-ball victory over the Dolphins in their T20 Challenge match in Potchefstroom on Sunday.

The opener ended unbeaten on 102 (72 balls, 12 fours), but it was the composure of Wiaan Mulder that got them over the line after the visitors threatened to snatch victory from the jaws of defeat.

Chasing 169 for victory, the home side were cruising along merrily on 158 for none – needing 11 from 11 balls – with Hendricks’ fellow opener Rassie van der Dussen (57 runs off 42 balls, 5 fours, 1 six) providing an excellent support act at Senwes Park.

But Andile Phehlukwayo (2/26) dismissed the latter as well as Mangaliso Mosehle (0) first ball to leave nine to get from the final over.

Five came from the first three of Robbie Frylinck’s (1/35) over, before two more batsmen fell in Nicky van den Bergh and Dwaine Pretorius, both for 1, with Mulder facing and three needed from the last ball.

The young all-rounder kept his cool to script a second win for the Lions that vaulted them to second on the standings.

Earlier the Dolphins needed a blistering unbroken 52-run seventh wicket stand to give themselves hope after they had slumped to 116/6 with 3.1 overs to go.

Morne van Wyk (42) was the only top-order batsman to shine, leaving pressure on the lower order with Sibonelo Makhanya thumping 46 off 34 balls alongside Keshav Maharaj (10) to give the Durbanites hope.

But it proved a few runs short as the home side made a heavy work of what should have been a straightforward win.

Markram makes it four from four for Titans

A fine all-round bowling display followed by Aiden Markram’s unbeaten half-century helped the Titans stretch their advantage at the top of the T20 Challenge table with a seven-wicket demolition of the winless Cape Cobras in Centurion on Sunday.

Dale Steyn and Malusi Siboto picked up two for 16 apiece, while there was also a double for Lungi Ngidi (2/32) as the struggling visitors were restricted to just 119/9 in their 20 overs at SuperSport Park.

The hosts, who had won the toss and opted to field first, then slipped to 13 for two, before Markram’s sixth career T20 half-century guided them home in only 13.3 overs as they won with a bonus point in front of their noisy home fans.

It was a fourth straight win for the defending champions, who are looking more and more formidable as the tournament progresses.

They were ruthless with the ball and constantly chipped away at a Cobras batting line-up short of confidence.

The Cape side, losers now in all three games, lost key man Hashim Amla (12) early, before Temba Bavuma (27) and JP Duminy (40) tried to rebuild with an innings-high 31-run stand.

But the stand was ended by Markram, who also took one for 20 in four outstanding overs with the ball.

The only other man to reach double figures was George Linde with 15 as the Cobras set a below par target of 120.

Vernon Philander (2/31) removed both openers Quinton de Kock and Henry Davids for ducks in a good opening spell, but it was then the AB de Villiers and Markram show as they added 70 in quick time for the third wicket.

De Villiers eventually fell for 37, but Markram continued to end unbeaten on 51 (36 balls, 5 fours, 3 sixes) as the Titans moved 11 points clear at the summit.