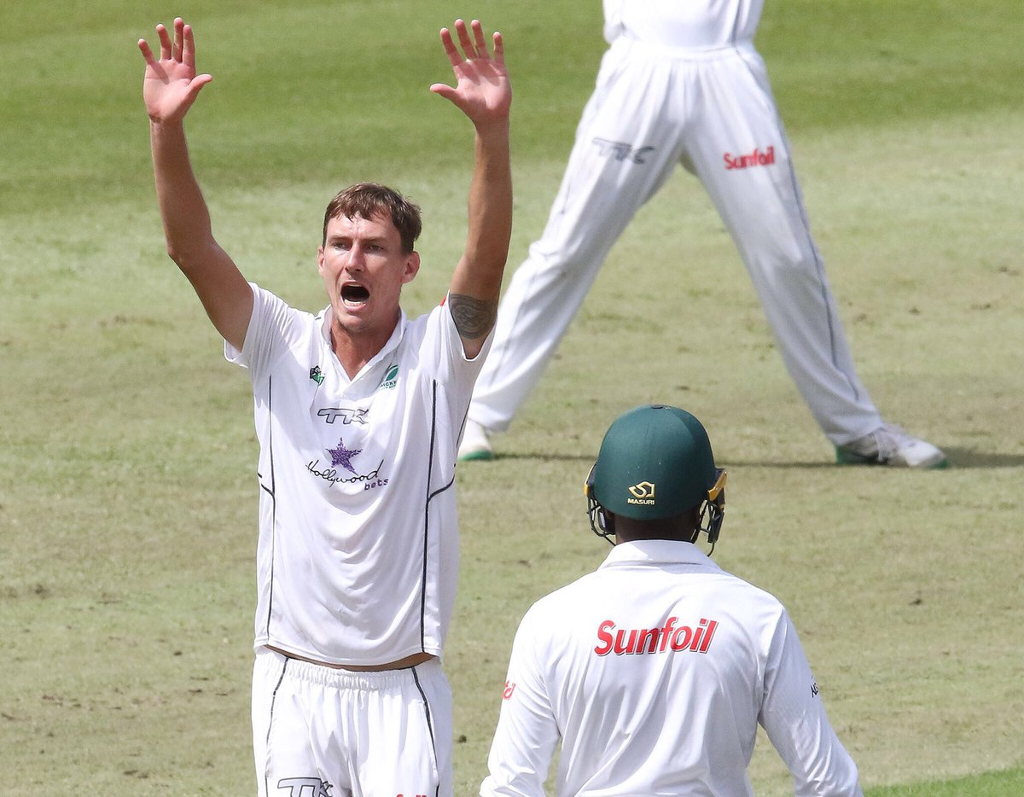 A late flurry of wickets from Calvin Savage and Kerwin Mungroo saw the Dolphins bowl the Multiply Titans out for 308, and finished 12/0, leaving the deficit at 27 runs going into day three at SuperSport Park Centurion on Friday.

The morning session belonged to the hosts, but more importantly to night watchman Eldred Hawkin who notched up a surprise half century. He ended on 52 off 100 balls and was the second man out on the day.

Hawkin and Theunis de Bruyn added 57 for the third wicket before Okuhle Cele accounted for the night watchman with the score on 104.

The Titans continued to string good parternships together as De Bruyn and captain Farhaan Behardien also added over 50 until De Bruyn was undone by Senuran Muthusamy in his first over of the innings for 34.

The skipper went to his half century as he and former skipper Henry Davids managed to keep the deficit dwindling with a stand of 79. This was before Davids was caught behind by Grant Roelofsen off the bowling of Kerwin Mungroo.

At this stage the Titans were 213/5 and 56 runs behind. Berhardien and Rivaldo Moonsamy continued the good work from the home side adding 33 runs until Moonsamy was bowled by Savage.

Behardien was then caught behind for 68 off Savage, with the total on 281/6.

Chris Morris scored a quick-fire 30 off 16 balls before he became Mungroo’s second victim. Shaun von Berg was Savage’s fourth scalp when he was caught by Cody Chetty for 16 with the total 303/9.

Junior Dala was the last man out for four, accounted for my Mungroo – caught by captain Maharaj.

Savage ended as the pick of the bowlers with 4/61 while his opening partner Mungroo finished with 3/48.

Keshav Maharaj, Okuhle Cele and Senuran Muthusamy all picked up one wicket each.