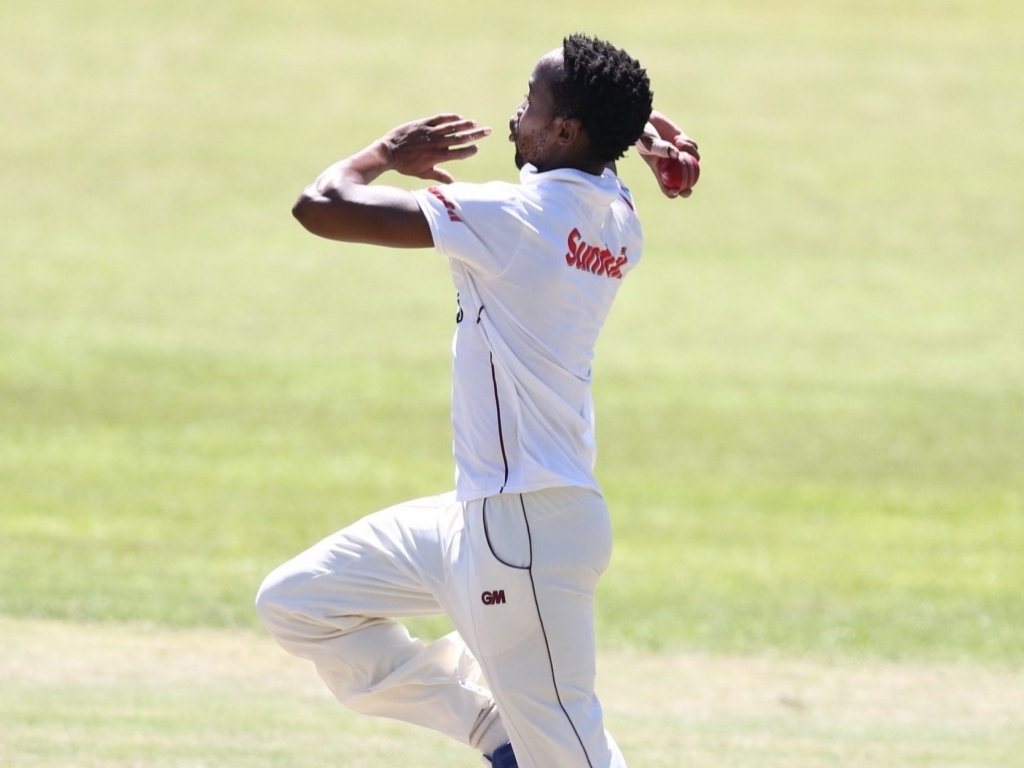 Ayavuya Myoli’s four wickets led a spirited fightback from the Highveld Lions as they bounced back on the second day of their Sunfoil Series clash against the Titans at Wanderers Stadium in Johannesburg on Tuesday.

The fast bowler bagged four for 82 to help the hosts, who were dismissed for 180 on day one, restrict the visitors to 213 all out – a difference of just 33.

And by the close, that deficit was wiped out after the Lions closed the round five encounter on 104 for three.

There were two noteworthy performances with the bat for the Titans. Having resumed at the start on 96 for two, captain Aiden Markram went on to top score with 85 (168 balls, 16 fours).

For the home side, there were also two wickets each for Bjorn Fortuin (2/9), Wiaan Mulder (2/26) and Hardus Viljoen (2/54) in an excellent bowling display.

Some of the hard work was undone when they returned to bat as the top three were all dismissed in the 42 overs they faced.

However, the Lions will be optimistic of building on their 71-run lead through unbeaten pair Rassie van der Dussen (26) and Nicky van den Bergh (9).

Half-centuries by Zubayr Hamza and Pieter Malan ensured the Cape Cobras reached the halfway stage of their Sunfoil Series encounter against the Dolphins in a solid position at the Recreation Ground in Oudtshoorn on Tuesday.

The hosts reached stumps on day two with 284 for six on the board – trailing the visitors’ 327 that was made earlier in the day by 43.

There was still further batting to come with set men Kyle Verreynne (19) and Vernon Philander (18) due to resume on Wednesday.

Kerwin Mungroo was the pick of the Dolphins bowlers with his two for 41.

Philander was the best of the bowlers on his return from injury after he ended with four for 25.

No play in Kimberley on day two

A wet outfield prevented any play from taking place on day two of Sunfoil Series encounter between the Knights and the Warriors at the Diamond Oval in Kimberley on Tuesday.

Only 40 overs had been possible on day one, which was initially delayed for the same reason, before rain ended proceedings early.