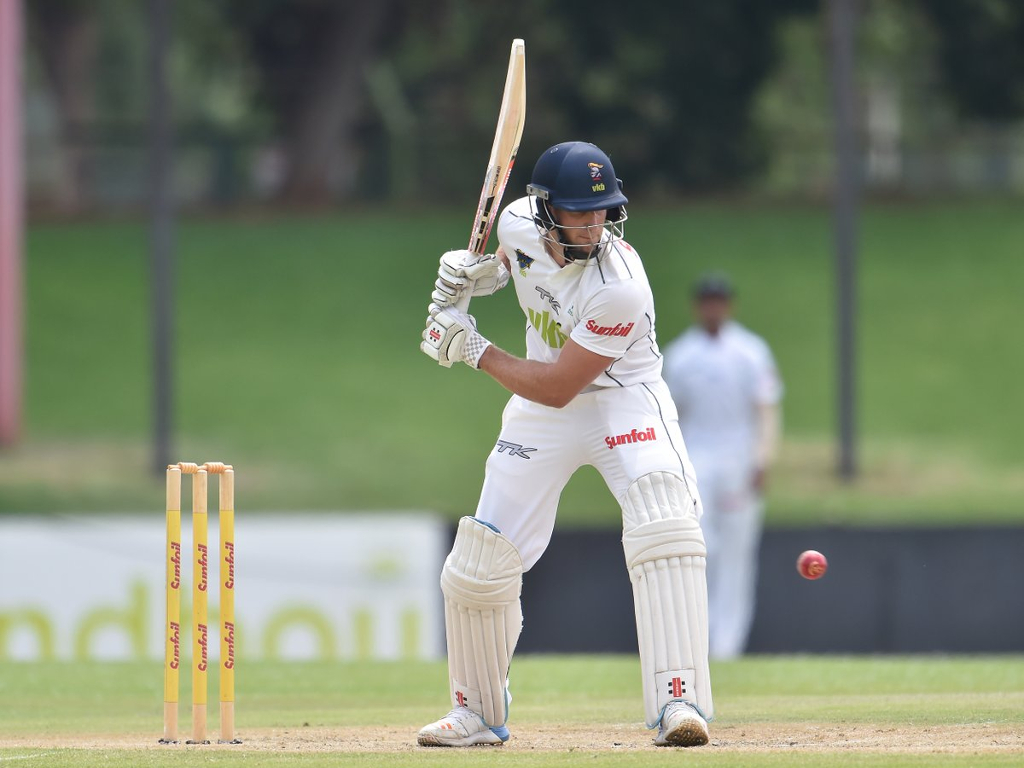 The Sunfoil series got underway again after the long break for the white ball programme on a day that saw three very different contests shape up.

In Bloemfontein Theunis de Bruyn let everyone know that he is still the top dog on the domestic four-day scene despite a difficult start to his international career.

He hit 190 as the Knights reached 400/6 against the Dolphins at the Mangaung Oval.

Senuran Muthusamy was the pick of the Dolphins bowlers with his 2 for 56 while Keshav Maharaj also bagged two scalps. 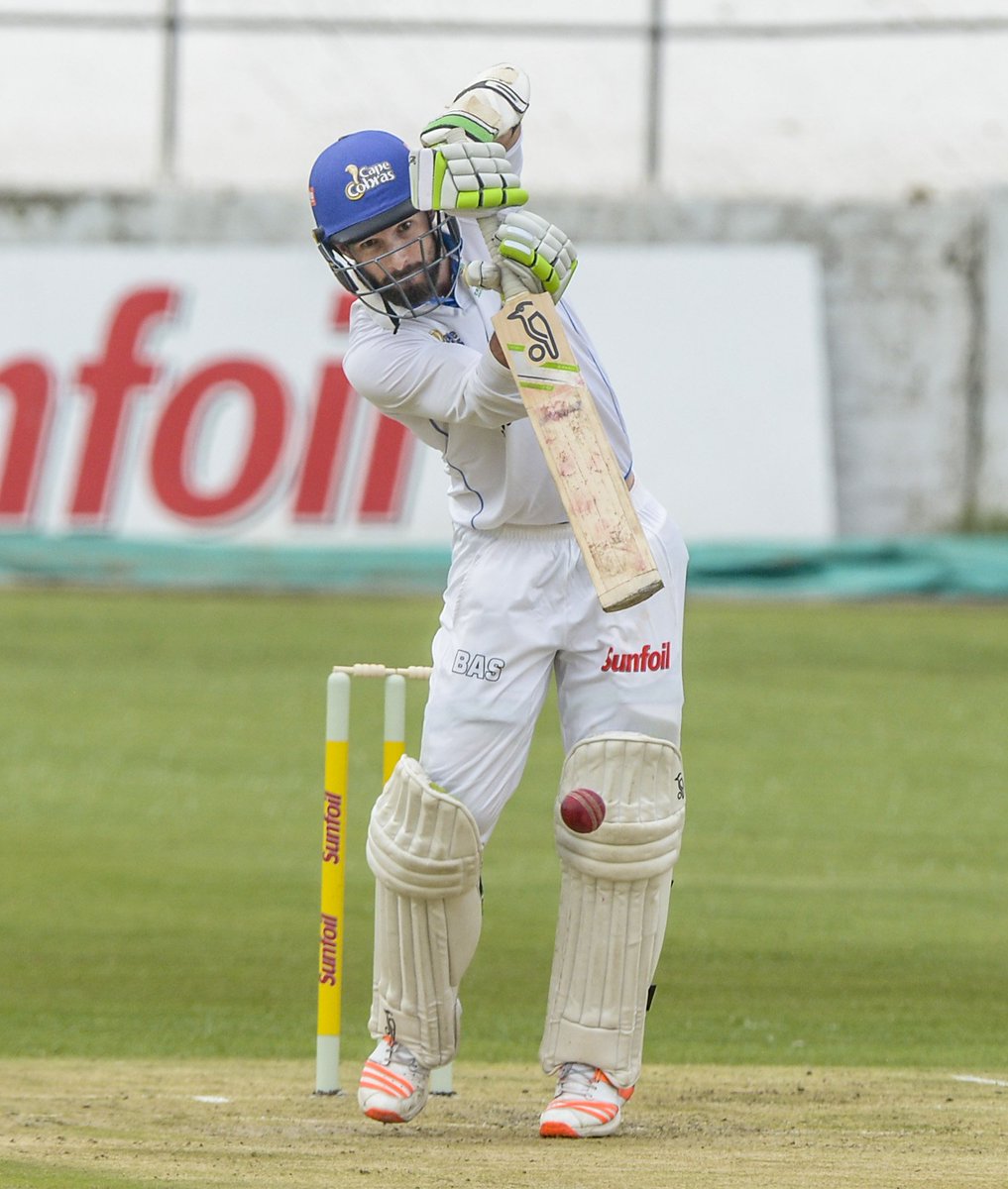 In Benoni Pieter Malan continued to press for higher honours as his dream campaign continued with his third century of the season for the Cobras against the Titans.

Only 74 overs could be bowled as light rain and bad light forced the Cobras batsman back into the hut with 272 for 5 on the board.

Malan (103*) was unbeaten at stumps having been part of each of his team’s partnerships on the opening day of the second half of the franchise four-day tournament.

Stiaan Van Zyl (54) provided some intent alongside Malan’s dogged determination and the pair added 104 for the third wicket before they were seperated by the pick of the Titan’s bowlers Eldred Hawken (3/43).

Malan will resume on day two with Jason Smith ( 4*). 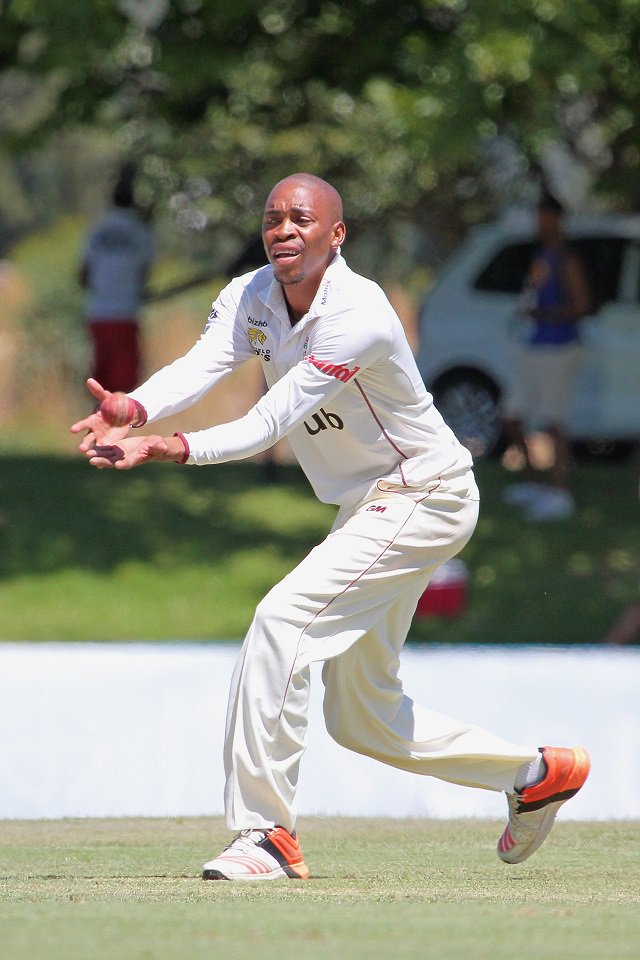 In East London only Colin Ackermann (55) could pass fifty for the Warriors as they were bowled out for 193 on day one of their clash with the Highveld Lions.

It was the spin of Aaron Phangiso (5/56) that did most of the damage to the hosts lineup on the infamously tricky Buffalo Park wicket while young allrounder Wian Mulder bagged a decent return of 3/42 from his 15 overs.

The Warriors will be pleased that they were able to remove three Lion’s batsmen before stumps though leaving the visitors 77 for 3 still trailing by 116 runs.

The Lions openers failed before Omphile Ramela (31) and Rassie van der Dussen (26*) clawed the men from Joburg back on top with a 52 run stand that was broken by Simon Harmer just before stumps.