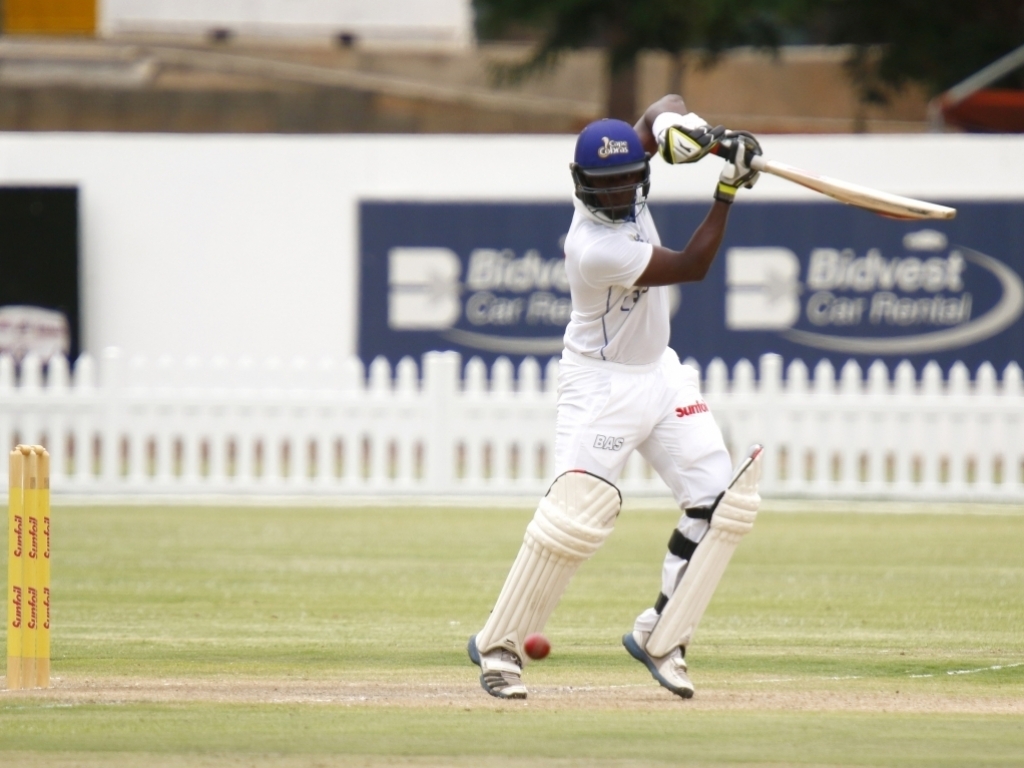 Aviwe Mgijima was closing in on a century as the Cape Cobras took control of their Sunfoil Series encounter against the Dolphins after day two in Pietermaritzburg on Friday.

The visitors went to stumps on 326 for seven – a lead of 41 – after the hosts lost their remaining two wickets for three runs on the second morning to be dismissed for 285 at the City Oval.

It represented a strong middle-order showing by the away side and helped claim the advantage at the halfway point of the crucial round eight contest.

They largely dominated the day after making a positive start in which the final two Dolphins wickets were claimed inside 12 balls – Robbie Frylinck eventually ending on 65 not out (80 balls, 4 fours, 3 sixes).

The pick of the bowlers was Dane Paterson with four for 58.

Rabian Engelbrecht (3/58) then removed the Cobras’ two reliable openers Andrew Puttick (7) and Pieter Malan (0) to leave the score on 28 for two, the only real period that the home side were on top.

The visitors then rebuilt through their three half-centurions to move ahead in the game.

Simon Harmer starred with bat and ball as the Warriors reached the halfway stage of their Sunfoil Series encounter against the Titans with the advantage at Buffalo Park in East London on Friday.

The 29-year-old first struck an important 46 to help the hosts reach 282 after encountering some early day two trouble, before grabbing four for 37 to leave the visitors on 111 for five at stumps – still trailing by 171.

It was a good position for the Warriors, who went into the round eight encounter trying to overhaul the Titans at the top of the table.

Harmer then managed to squeeze 59 with the tail, before the home side were dismissed in 97 overs.

The away team hit early trouble when Tladi Bokako (1/16) dismissed Tony de Zorzi for a duck, before Harmer began chipping away.

He accounted for Andrea Agathangelou (21) and Heino Kuhn (20), who both got starts, with the wickets of senior batsmen Heinrich Klaasen (7) and Henry Davids (7) following.

It left the Titans on 92 for five at one stage, before returning Standard Bank Proteas pair Farhaan Behardien (43) and Chris Morris (5) took them through to the close without further damage.

A sixth career century by David Miller helped the Knights ease into a powerful position after two days of action in their Sunfoil Series encounter against the Highveld Lions at the Diamond Oval in Kimberley on Friday.

Luthando Mnyanda also played a key hand alongside Miller after compiling 81 (154 balls, 14 fours) to give the Central Franchise an 89-run lead heading into the weekend.

The Lions did make a positive start to proceedings on day two with Dwaine Pretorius progressing from his overnight 42 to 76 (133 balls, 11 fours).

He helped his side move from 159 for eight at the start to their eventual total – meaning 97 came with help from the last two wickets as Sean Jamison managed 35.

Mbulelo Budaza was the pick of the bowlers with three for 40.

The Knights lost Grant Mokoena (6) and Keegan Petersen (0) cheaply in the reply, but a 94-run third-wicket stand by Mnyanda and Miller got them back on track.

The latter then added another 103 for the for the fourth wicket with Rudi Second, who had to retire hurt on 28, before becoming the third victim of Nono Pongolo (3/61).

But the runs continued to flow through an unbroken 50-run stand between Patrick Kruger (45) and Werner Coetsee (32), leaving the hosts well-placed at the close.