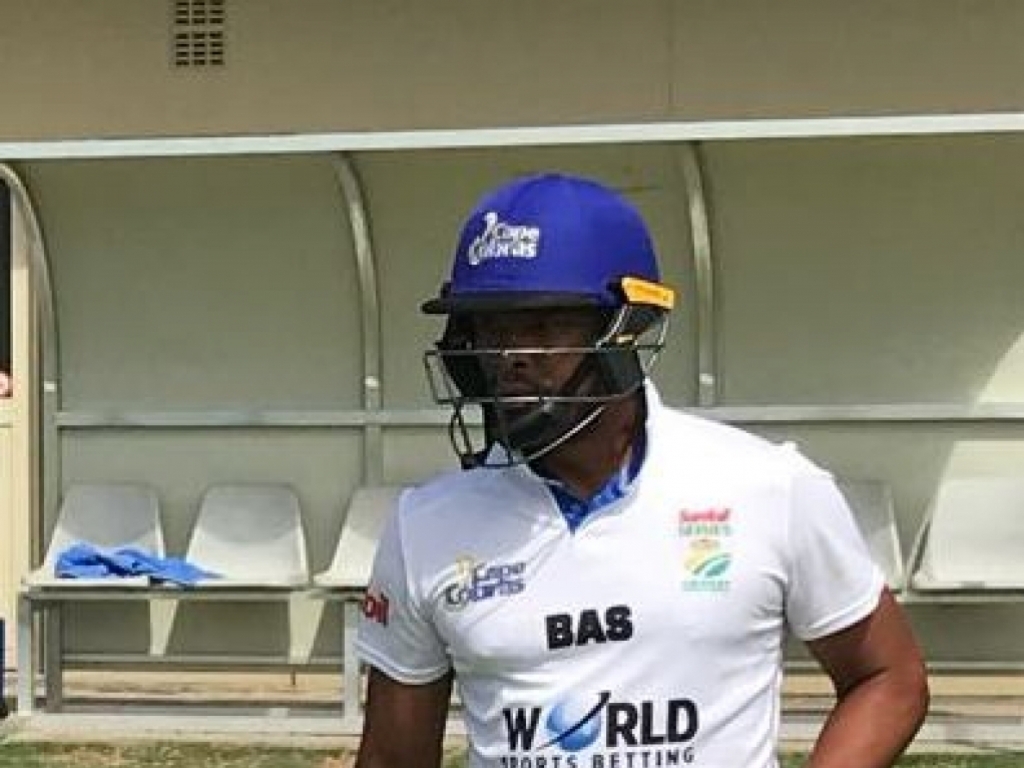 Vernon Philander continued his impressive injury comeback by shining with the bat for the Cape Cobras on day three of their Sunfoil Series clash against the Dolphins in Oudtshoorn on Wednesday.

The Proteas allrounder, who took four wickets with the ball in the first innings, made 80 (161 balls, 7 fours) as the home tail wagged notably in a reply of 429 – a lead of 102 at the Recreation Ground.

The visitors then came out in attacking mode thanks to unbeaten half-centuries by Morne van Wyk and Vaughn van Jaarsveld to erase the deficit with 130 for one.

Bad light did stop the Dolphins in their tracks around an hour early, leaving the match pointing towards another likely draw.

It was nonetheless a good rearguard show from the Cobras.

Lead by Philander, in his first first-class match since playing against England in July, he shared in a 76-run seventh wicket stand with Kyle Verreynne (33) and then added 69 with Dane Piedt (38) for the eighth wicket as the home team were eventually dismissed with a lead of 102.

Colin Ackermann struck a career-best 187 as play finally resumed on day three of the Sunfoil Series encounter between the Knights and Warriors at the Diamond Oval in Kimberley on Wednesday.

The right-hander was eventually unbeaten after striking 23 fours and three sixes as the visitors were bowled out for 362.

The hosts then replied with 168 for one as the match seemingly headed towards a draw.

For Ackermann, it was the highest score of his career, beating the 150 he scored against the Titans last season, and also the 13th century of his career.

He had resumed on 76 not out at the start, a mark he reached on day one, before day two was washed out due to a wet outfield.

Ryan McLaren was the pick of the bowlers with five for 60.

In reply, the Knights lost Luthando Mnyanda for 38 after an opening stand of 77 with Grant Mokoena, who was still there at the close unbeaten on 85 (122 balls, 12 fours).

Keegan Petersen was the other not out batsman on 43 after an unbroken second wicket stand of 91.