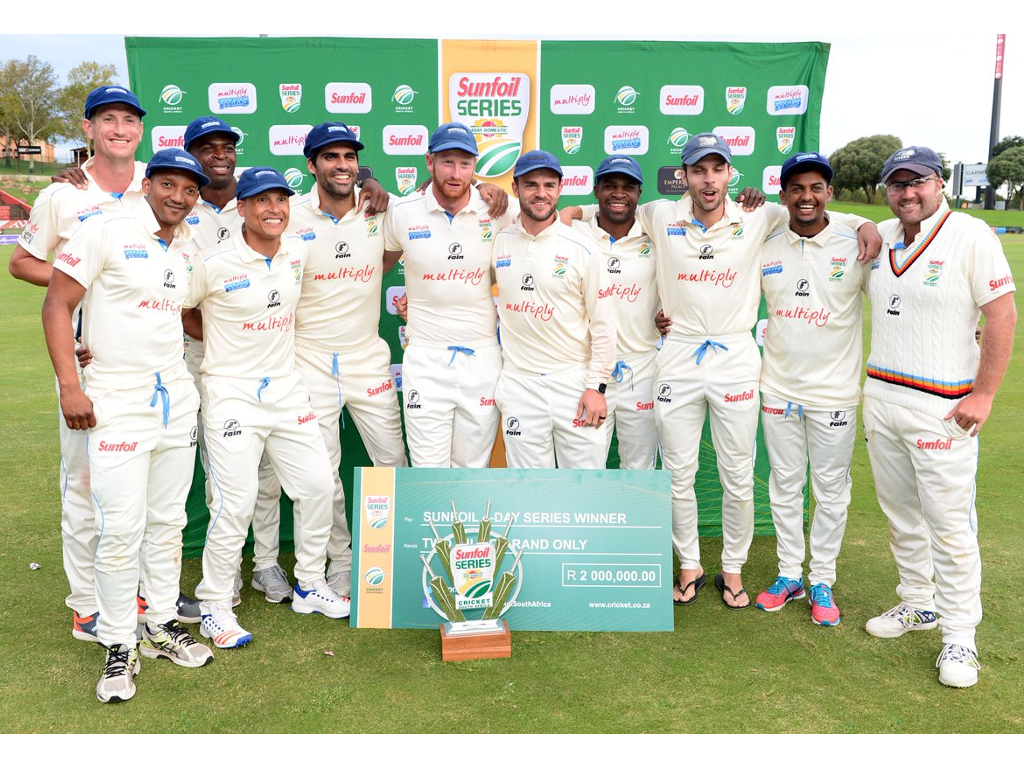 The Titans beat the Knights by four wickets in a pulsating end to the Sunfoil Series that saw the Centurion franchise lift their second title of the season.

Set a target of just 110 runs to win in a match that lost its firsy day to rain the Titans made heavy weather of the chase with the title in their grasp.

By mutual agreement the teams limited their first innings to forty overs a side with the Knights managing just 169/7 in their overs while the Titans were lifted to 269/3 by a belligerent knock from Heinrich Klaasen.

Rudi Second (76) and David Miller (52) top scored for the Knights in their innings of 209 all out with Chris Morris sending a message to Proteas coach Ottis Gibson by taking a season best 6/55.

A 43 from Heino Kuhn did the bulk of the work in the chase but it was left to Shaun von Berg to settle matters as Marchant de Lange made things interesting by picking up 3/40. 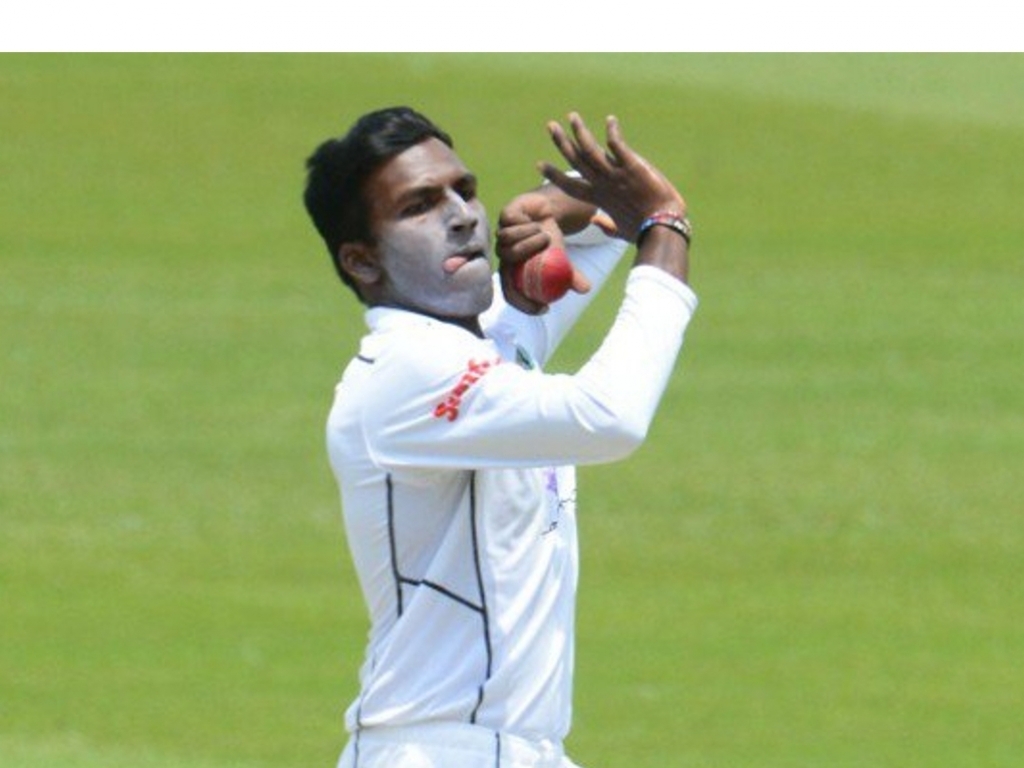 Despite the rain denying the Dolphins any chance of realising their plans for a brave end-of-season challenge in the Sunfoil Series, they made a fist of their match against the Warriors that ended in the inevitable draw after two days were lost to bad weather in Durban.

Resuming at 245/5 the Warriors chased runs on the final day while left arm spinner Senuren Muthusamy took wickets at regular intervals to finish with a career-best haul of seven wickets for 83 runs.

The visitors declared on 320/9, leaving the Dolphins 76 overs at the end of the match to make inroads into the Eastern Cape side’s first innings lead.

SJ Erwee was an early casualty before Vaughan van Jaarsveld had his stump broken in the fifth over of the innings by Sisanda Magala, leaving the home side at 16/2.

Hero with the ball Muthusamy then stabilised the ship with Jason Oakes, adding 63 runs for the third wicket before Oakes fell to 19 year-old Lutho Sipamla, who also accounted for Andile Phehlukwayo four runs later.

Dane Vilas then joined Muthusamy at the crease and the pair made merry as they carried their side to 147 before Vilas departed for a bright 47 off 28 deliveries.

Muthusamy held the rest of innings together, getting some support from Okhule Cele who added 20, before Kerwin Mungroo was dismissed to close the innings on 211, Muthusamy unbeaten on 84, and the match was abandoned as a draw.

The Dolphins and the Warriors both earned six match points from the final Sunfoil Series match of their season, which was truncated by two days of rain. 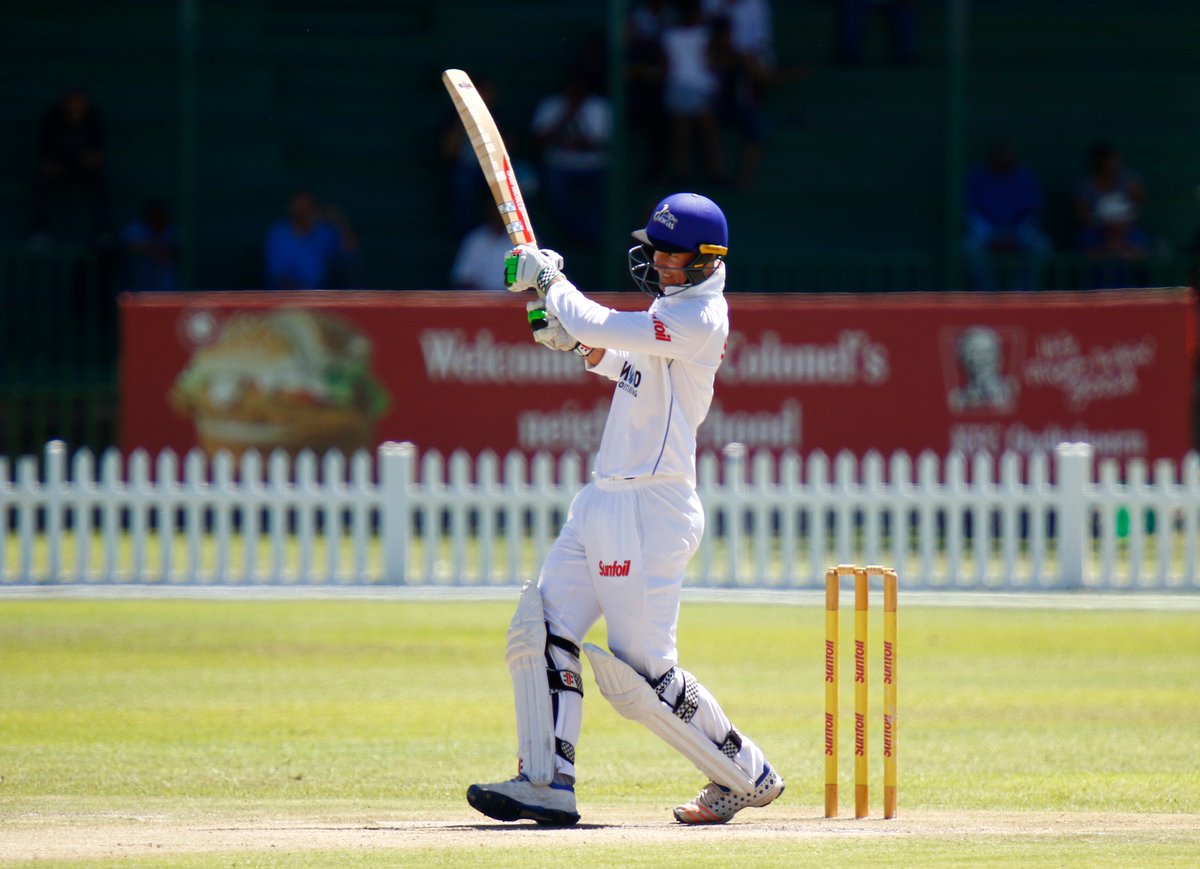 The Cobras were forced to leave the door open for the Lions as they chased the win they needed to stay in contention for the Sunfoil series title and were punished by Lions openers Stephen Cook and Reeza Hendricks who both smashed centuries in Potchefstroom as the Lions chased down the 257 runs they needed to win.

Earlier Andrew Puttick ended his first class career with a century as the Cobras reached 364/3 before declaring.

They knew they couldn’t afford to bat the Lions out of the game and couldn’t find the penetration needed to seal a win.