Sunfoil Series wrap: Title to be decided in final round 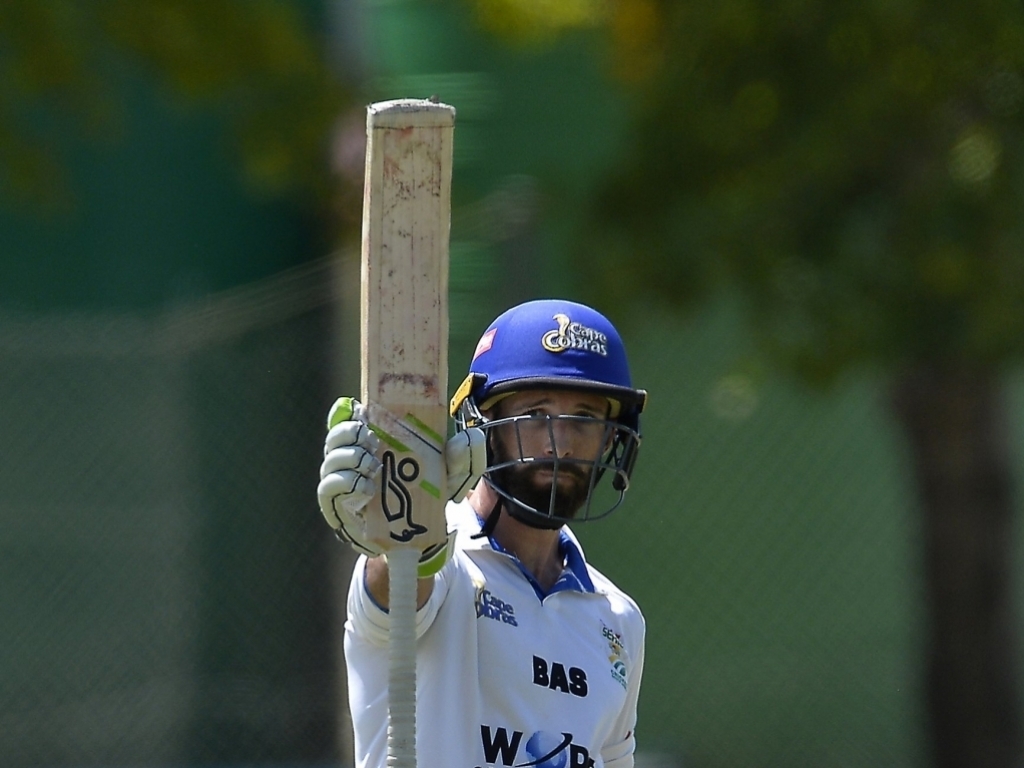 The Warriors missed a golden chance to get one hand on the Sunfoil Series trophy and instead had to settle for a dramatic draw against the Knights deep on the final day of their clash at Buffalo Park in East London on Sunday.

The hosts fell eight runs shy of what would have been an epic victory after ending on 248 for eight in 64 overs shortly after 5.30pm. They were chasing a target of 256 in the same number of overs they eventually faced.

The Warriors were competition leaders heading into round nine, but the draw, coupled by other results, meant they slipped down to second on the standings ahead of next weekend’s finale.

They still have a fair chance of winning their first-ever four-day title in the franchise era, but missed a big chance against the Knights, although they may well look at the result in another way – as having escaped with a draw.

But Werner Coetsee claimed six for 71 to turn the tables and leave the home side on 185 for seven.

At that stage, defending champions the Knights looked like they were heading for the title, but a stubborn unbeaten 35 from Simon Harmer denied them.

Earlier, the spinner claimed three for 82 as the Central Franchise moved from their overnight 87 for three to 248 for eight declared.

Anrich Nortje was also amongst the wickets with four for 57, while Patrick Kruger top-scored with 87 (107 balls, 15 fours).

It set up a wonderful afternoon of cricket, which ended with the home side taking 5.6 points to the visitors’ 5.8.

The Dolphins and Highveld Lions were halted by the rain as their Sunfoil Series encounter ended in an entertaining draw at the Bidvest Wanderers Stadium in Johannesburg on Sunday.

Set a testing 285 in 50 overs to win, the visitors went all-out attack and reached 199 for seven when the weather ended play with 86 still needed from a little under 15 overs.

It was 172 for three at one stage, before the Lions claimed four quick wickets through Wiaan Mulder (2/33), who went past 50 first-class wickets, and Sean Jamison (2/40), followed by the rain disruption. Aaron Phangiso also chipped in with two for 50.

It ended a sporting chase as the sides had to settle for a draw that leaves them in the bottom two with next week’s final round to come.

Earlier, Beuran Hendricks recorded his highest career score and maiden half-century as the Lions declared on 417 for seven.

The left-arm quick struck 68 (141 balls, 9 fours, 1 six) with other solid contributions from Rassie van der Dussen (43), Dwaine Pretorius (39) and Mulder (44 not out) enabling the home side to declare and set up what proved to be an entertaining chase.

Andrea Agathangelou made an unbeaten 77 and Eldred Hawken returned best-ever Sunfoil Series figures as the Titans and the Cape Cobras played to an expected draw in their penultimate match of the competition in Paarl on Sunday.

Batting had dominated the entire four days of the match at Eurolux Boland Park, meaning that both sides had to be content with a draw that now gives both a chance for a shot at the title in next week’s final round of games after the other two matches also ended in draws.

It was the Titans that enjoyed the better of the final day after starting out by claiming the final seven Cobras wickets for just 67.

The hosts began day four batting on 393 for three, but succumbed for 460 thanks to Hawken’s four for 82, which beat his previous best return of three for 47 against the Warriors two seasons back.

There was also three for 65 for Tabraiz Shamsi, while star overnight pair of Pieter Malan and Kyle Verreynne managed to add just nine between them on the fourth morning – the pair ending on 180 (466 balls, 14 fours, 1 six) and 75 (176 balls, 7 fours) respectively.

Agathangelou then struck 11 fours in his flowing 83-ball knock, but the game was called early as the two sides were left to settle for a draw.