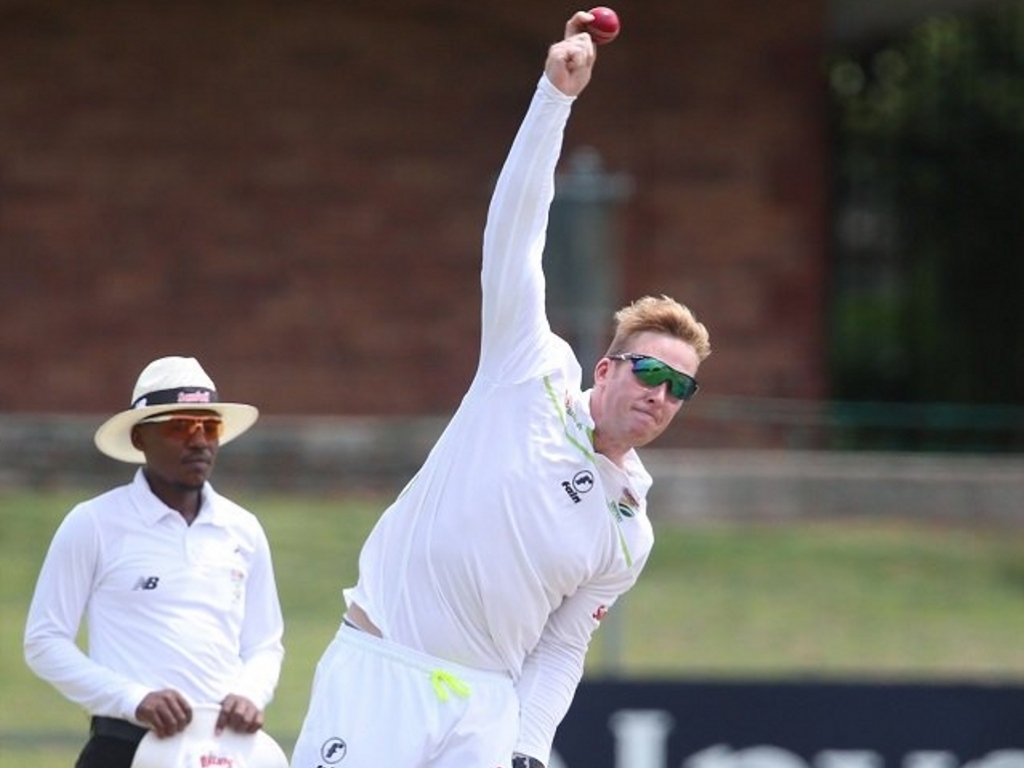 An outstanding rearguard century by Chris Morris was not enough to deny the Warriors as two late wickets by Jon-Jon Smuts sealed a dramatic 77-run Sunfoil Series win over the Titans at Buffalo Park in East London late on Sunday.

Morris was bowled from the penultimate delivery of the fourth added over after the mandatory 15 final-hour overs had elapsed, with Tabraiz Shamsi (0) then bowled next ball as Smuts ended with three for 54 to fire his side top of the competition table.

Prior to Morris’ dismissal, the Titans looked set to seal a dramatic draw after battling their way back from 110 for seven shortly before tea.

It was one-way traffic before that in favour of the home side with Tladi Bokako (4/43) and Simon Harmer (3/89) weaving through the top order.

But Malusi Siboto (43) helped Morris add 79 for the eighth wicket and Junior Dala batted for 57 deliveries for his five, before the visitors finally caved.

Earlier, Colin Ackermann went on to record his 14th career century as the Warriors declared on 256 for five.

Tabraiz Shamsi took an impressive five for 90, but it was not enough as the Titans slipped to a first loss of the season – one that saw them drop from first to fourth with two rounds of 2017/18 remaining.

A fine ninth career century by Zubayr Hamza helped the Cape Cobras stake their claim for the Sunfoil Series title with an eight-wicket win over the Dolphins in Pietermaritzburg on Sunday.

The young right-hander made an unbeaten 109 (182 balls, 19 fours) as the visitors chased down their 227-run victory target with relative ease at the City Oval.

Hamza shared in a 149-run unbroken third-wicket stand with Stiaan van Zyl, who followed his first innings 63 with 66 not out (99 balls, 9 fours, 1 six) in the second innings.

The Cobras always appeared in control during the chase despite losing Pieter Malan (18) when the score was on 27 and Andrew Puttick (20) when they had progressed to 78.

From then onwards, it was the Hamza-Van Zyl show as the target was reached in 65.1 overs, which was just after lunch on day four.

The Dolphins had started the day batting on 260 for eight and they managed to reach 291 thanks to Robbie Frylinck, who was left stranded on 50 (68 balls, 3 fours, 2 sixes).

Debutant Junaid Dawood was the pick of the bowlers with three for 74.

The round eight result threw the title race wide open with the Cobras now up to 115.78 points, with the Dolphins moving to 99.4. Only two rounds now remain in the season.

Rain and Rassie van der Dussen played a central role in helping the Highveld Lions escape from Kimberley with a draw from their Sunfoil Series round eight encounter against the Knights on Sunday.

The weather meant that only 69 overs were possible on the final day at the Diamond Oval with the visitors reaching 194 for four in their second innings.

Right-hander Van der Dussen struck an unbeaten 64 (116 ball, 9 fours, 1 six) to lock up one end, before rain intervened and repeated what it did on day three when just 46.2 overs were sent down.

The Lions had begun the final day with the odds against them, a poor first-innings batting performance and an innings difference of 283.

Reeza Hendricks (16) fell cheaply, but there were then useful 30s from Stephen Cook (36), Omphile Ramela (36) and Dominic Hendricks (33) that helped frustrate the home side.

It was then the rain that arrived after tea further hampering the Knights as the Lions held on.

The result meant the Central Franchise moved on to 112.56 points on the table, with the bottom-of-the-table Gauteng side moving to 76.82 points. Only two rounds remain in the 2017/18 competition.