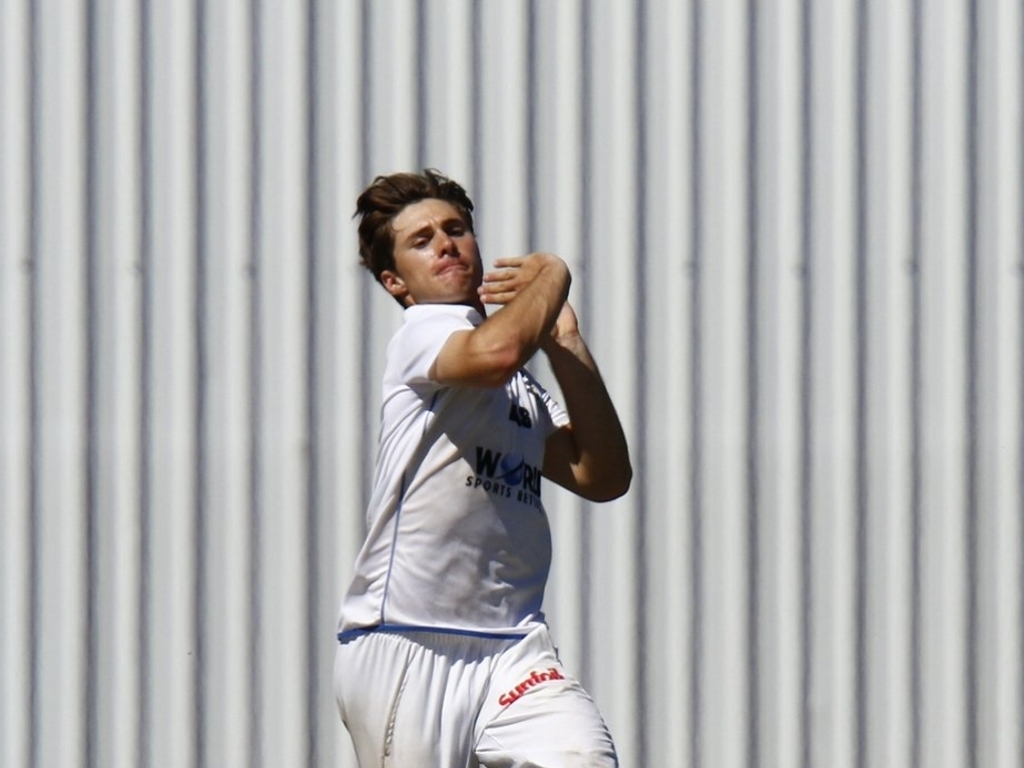 Seamers Michael Cohen and Lizaad Williams were the stars for the Cobras on a cloudy day in Cape Town as they clashed with the Warriors.

The Eastern Cape outfit began the day on 37/2 after rain ruined day one at Newlands.

The wicket didn’t do as much as expected given the amount of green visible on the deck but Cohen’s pace and swing troubled the top order.

Yaseen Vallie (150) held the Warriors top order together, though the Cobras will rue dropping him on 109 off the bowling of skipper Dane Piedt shortly after Cohen had ripped through Simon Harmer’s defences to reduce the away team to 217 for 7.

Vallie would go on to share a 94 run stand for the eighth wicket with Ayabulela Gqamane (61) bringing the Warriors back into the game.

Williams picked up 4/54 and was steady and economical while Cohen (5/107) was dangerous but a little on the loose side.

The Cobras lost two wickets before the close as Basheer Walters accounted for Simon Khomari (1) before Harmer claimed his 400th first class wicket in the shape of Zubayr Hamza (34).

Pieter Malan (48*) and Justin Ontong were at the wicket at stumps with the Cobras on 97 for 2 trailing the Warriors by 250 runs.