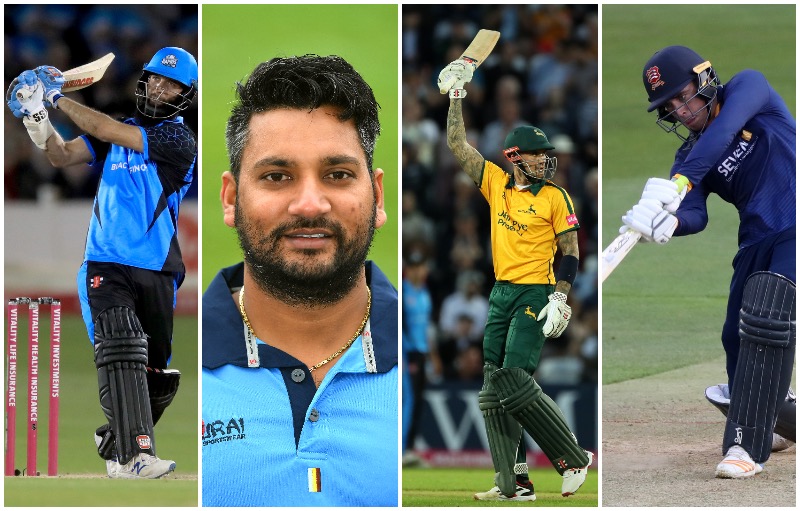 With ‘The Hundred’ just around the corner, there was no better time for the T20 Blast to prove what a fantastic competition it still is. Babar and Banton, AB and Morgan, and Moeen magic for Worcestershire. All the innovation, variation and athleticism with sell-out crowds up and down the country – this was arguably the greatest T20 season yet. Just the small matter of finals day to come.

Joe Denly’s catch was absolutely ridiculous. The standard of catches these days is phenomenal. Even at county cricket, you see wordlies on a regular basis. Ed Barnard doing things like this as standard. pic.twitter.com/5wfeq2SquR

Here’s a review of how the finalists got there and what we can expect of them in the showpiece end to a wonderful summer of cricket on September 21 at Edgbaston.

Perhaps fortunate to have made the quarter-finals, the Eagles came to form at the right time. A vital win against Kent in the last group game set up a quarter-final against the much-fancied Lancashire Lightning, where the experience and stroke play of Ryan ten Doeschate and Ravi Bopara fired Essex to victory. South African T20 specialist Cameron Delport is a real threat opening the batting and 22-year-old Englishman Dan Lawrence will be hoping to continue his fine form with the bat and push forward his claim for an international cap. Aussie spinner Adam Zampa is the danger man with ball in hand.
Prediction: Semi-final

Chris Nash and Alex Hales bludgeoned their team to victory in the quarter-final. Hales can clear any boundary with ease and perhaps feels he has something to prove after his omission from the World Cup squad – a man for the big stage, there will be high expectations of him at Edgbaston.

Harry Gurney is one of the best bowlers around in the shorter format – as his worldwide franchise contracts prove – and Dan Christian is an excellent captain who’s seen it all.
Prediction: Semi-final

An impressively comprehensive defeat of Gloucestershire in the quarter-final means Derbyshire have a place at finals day for the first time in their history. Two veterans of the county game, Billy Godleman (444) and Wayne Madsen (447) have scored the vast majority of runs for the Falcons, but their success this season is primarily down to the competition’s leading wicket-taker Ravi Rampaul. The 34-year-old has 22 wickets at an average of 15 and an economy rate of just over six runs per over. It’s over four years since his last international appearance, but the West Indian is bowling better now than ever before.
Prediction: Runner-up

England’s loss has been Worcestershire’s gain. Had Moeen Ali not returned to captain his county for the end of the Blast campaign, the Rapids would not be at finals day. Five games, eight wickets and 312 runs – including a stunning 121 not out in the quarter-final.

An equally exceptional way to win the game as Moeen Ali smashes his best-ever T20 score, finishing unbeaten on 121, to propel @WorcsCCC to Finals Day.

Joe Root has claimed he is still the right man to lead England, but he could learn a lot from Moeen’s captaincy. In the mould of Kane Williamson and World Cup winning skipper Eoin Morgan, his calm demeanour allows his young side to play fearless cricket. Pat Brown’s slower balls are a nightmare for any batsmen, Ed Barnard is one of the canniest all-rounders around, Ben Cox is arguably the best gloveman in the county game and Riki Wessels can provide further fire-power with the bat.
Prediction: Winners