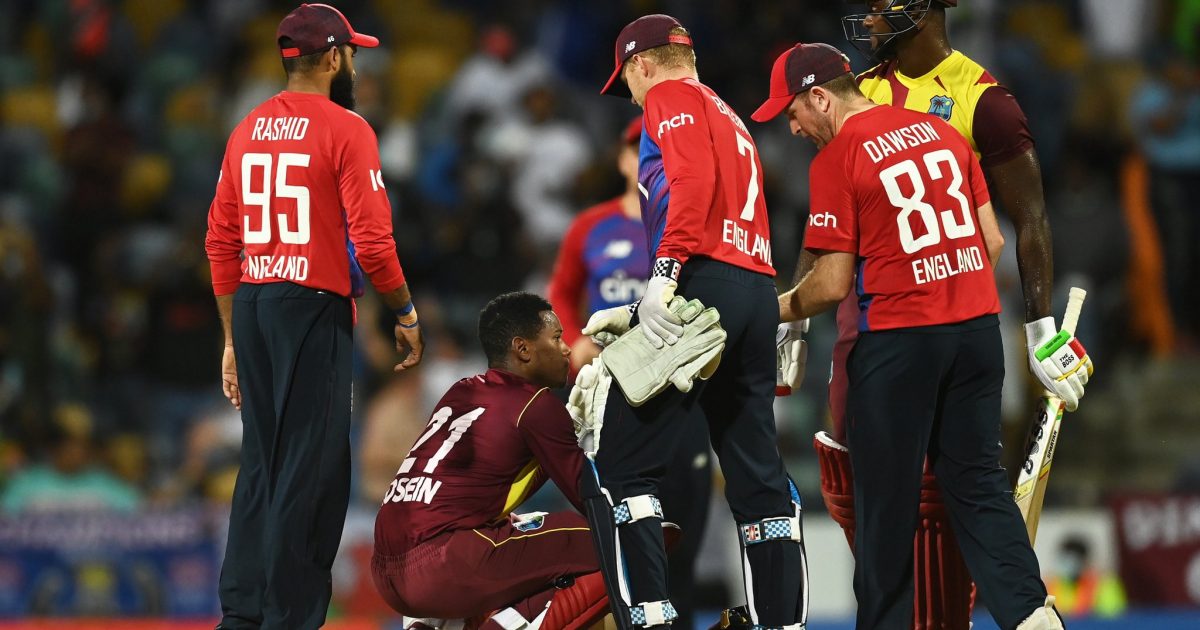 England withstood a late blitz from Romario Shepherd and Akeal Hosein to draw level in their Twenty20 series against the West Indies after a nervy one-run victory.

The tourists were hammered by nine wickets in the series opener 24 hours earlier but, having set the Windies 172 to win, Moeen Ali took format-best figures of three for 24 after Adil Rashid snared Kieron Pollard and Darren Bravo.

That saw the Windies crumble from 47 for two to 65 for seven and should have been decisive, but some formidable power hitting from Shepherd and Hosein in an unbroken 72-run stand from just 29 balls frayed English nerves.

The equation came down to 30 from the last over and, while England ensured their 171 for eight could not be overhauled without a no-ball or wide before the climax, Hosein closed the show with three successive sixes.

He finished on 44 not out from 16 balls, a terrific innings after coming in at number 10, while highly-rated all-rounder Shepherd was also unbeaten on 44 as the Windies claimed more than a shred of comfort from defeat.

Hosein backed England down till the very last ball! Breathtaking display of heroics deserving of the #MastercardPricelessMoment. #WIvENG #IzWIVibes pic.twitter.com/kjxzCE7H7l

England captain Eoin Morgan was thrilled for the workout in Barbados.

“I’m delighted, even with the last quarter of the game, these are the games we want to play in, tight games to work on death hitting and death bowling.

“But the majority of the day we adapted well, with more intent and clarity. We need to establish the rhythm of the game, not necessarily fluent partnerships … dot, dot, dot, wicket, boundary.

“But we countered what West Indies had to offer. Every team in the world is trying to get better at death bowling. Conditions got better and the ball skidded on, but we need to find better execution, we’d like it to be up there with the best in the world. The majority of our plans was yorkers, to defend the wide side… and we missed.”