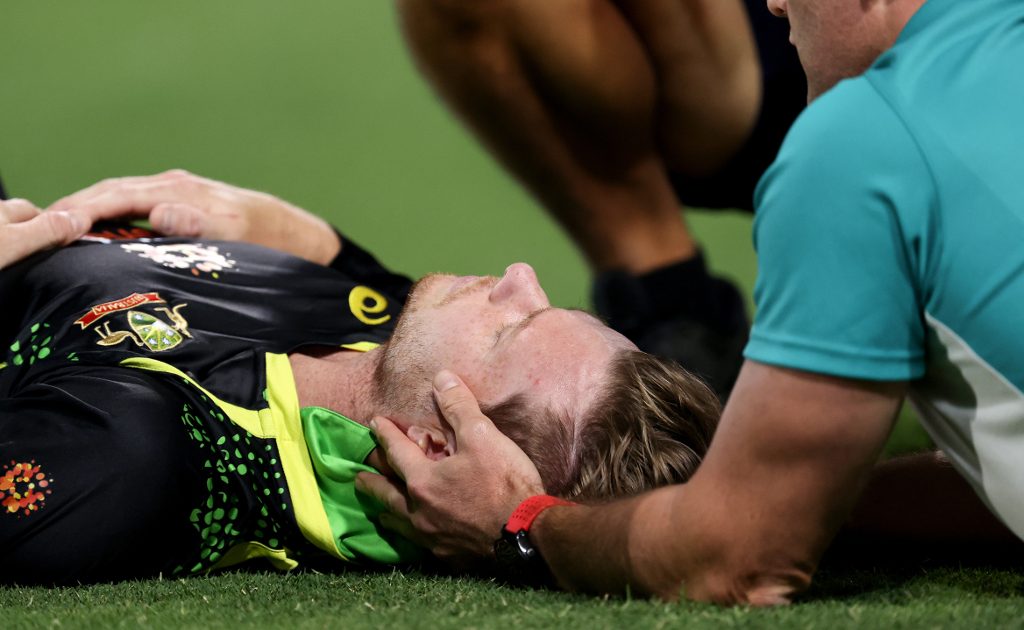 Steve Smith is in doubt for Australia’s upcoming tour of Pakistan after suffering a concussion on Sunday.

During the second T20 between Australia and Sri Lanka, Smith leapt high to try and save a six, but fell awkwardly, and seemed to lose consciousness before medical staff helped him up.

According to teammate Josh Inglis, he had knocked himself out during the fall.

“We spoke to ‘Smudge’ last night. I’m pretty sure he knocked himself out when he hit his head,” Inglis told the media before Tuesday third T20 against Sri Lanka.

“Fingers crossed for Steve. Hopefully, he’s OK and pulls up well over the next few days. I haven’t seen him today. I didn’t see him much last night. I think he was a bit spaced.

“It was a brilliant piece of work. It was six in the end, which was unfortunate. That would have won the game for us if the ball managed to stay in.

“He was a bit rattled. Obviously, he hit his head hard. He wasn’t in a great space. We’ll see how he is in the next few days.”

Only symptom-free Smith can tour

Smith since took to Twitter to thank everyone for their support, although Cricket Australia team doctor Peter Brukner insists that he would need to be “completely symptom-free” if he is to join the team on the flight to Pakistan.

Thanks everyone for reaching out. My head has felt better but I will be ok. 🙏

“Flying can exacerbate concussion,” Dr Brukner told the Herald and The Age. “There is reduced oxygen and you’re sitting still.

“You’d hope he’d be OK but every concussion is different and he’s had a few now. He’ll be closely monitored like a player who would need to be 100 per cent to return to play.”

The first Test against Pakistan start on March 4 in Rawalpindi, 18 days after the incident.

It’s also the third time in as many years Smith suffered a concussion on the field.

He missed three weeks of action during the 2019 Ashes when he was hit on the head by a Jofra Archer bouncer.

A year later, he suffered a similar blow, this time during practice ahead of the one-day series against England.