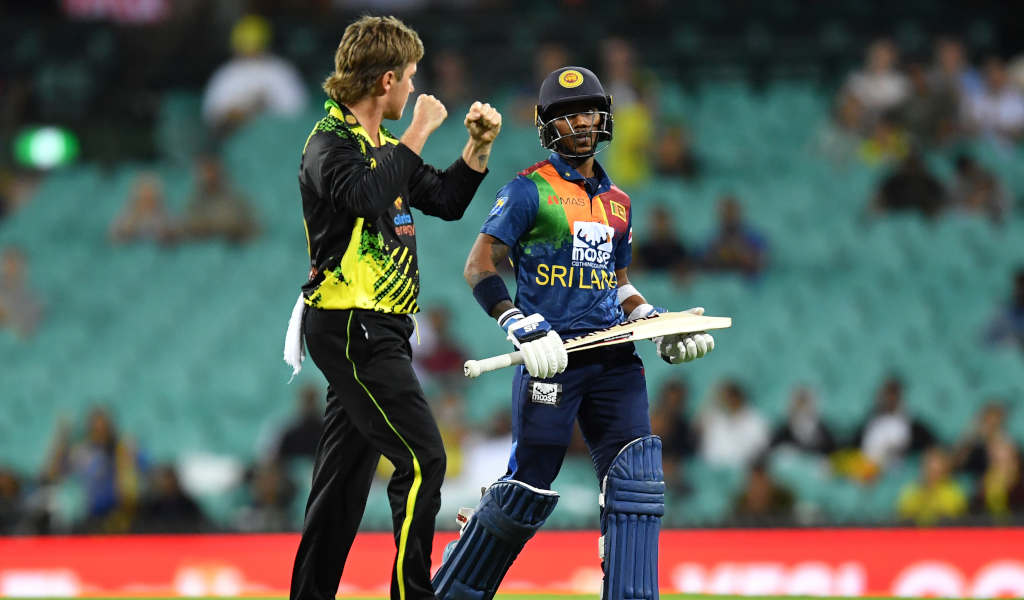 Australia skipper Aaron Finch admitted that the batters left the bowlers with a lot of work to do in their first T20I against Sri Lanka.

Having been put in to bat Australia managed a modest 149 for 9 with Ben McDermott’s 53 the top score.

Australia struggled to cope with the spin of Wanindu Hasaranga and Finch felt they were a few runs shy of a decent target.

Due to the intermittent rain interruptions, neither side would really hit their straps in the contest.

In the chase, Sri Lanka fell victim to pressure built by Adam Zampa and Josh Hazelwood, who split seven wickets between them to help restrict Sri Lanka to 122 for eight and a 20-run DL method loss.

Speaking at the post-match presentation, Finch said: “It was nice to get the win.

“I thought we had to bowl well to defend that total on this wicket.

“We probably left ourselves a little bit short with the bat.

“We got ourselves into a position where we were one wicket down too many at stages after the 12th over. But an unbelievable effort from the bowlers.”

Zampa is in the form of his life and was awarded the Man of the Match but said that all the bowlers deserved plaudits.

“To have those guys up the other end building pressure.

“That pressure built up tonight and I was lucky enough to be on the end of a couple of wickets.”

Sri Lanka skipper Dasun Shanaka could be pleased with how well his team stayed in the fight but was disappointed with the batting effort.

“We had lots of positives with the bowling and in the field,” Shanaka said after Sri Lanka went 1-0 down in the five match series.

“I thought we did better in those departments. Obviously, we didn’t get any partnerships going from the start. It’s been a concern even from the last tour we were here.

“We need to come up with a better plan for the next game,” Shanaka insisted.

The second T20I takes place on Sunday 13 February in Sydney before the series moves to Canberra on Tuesday.