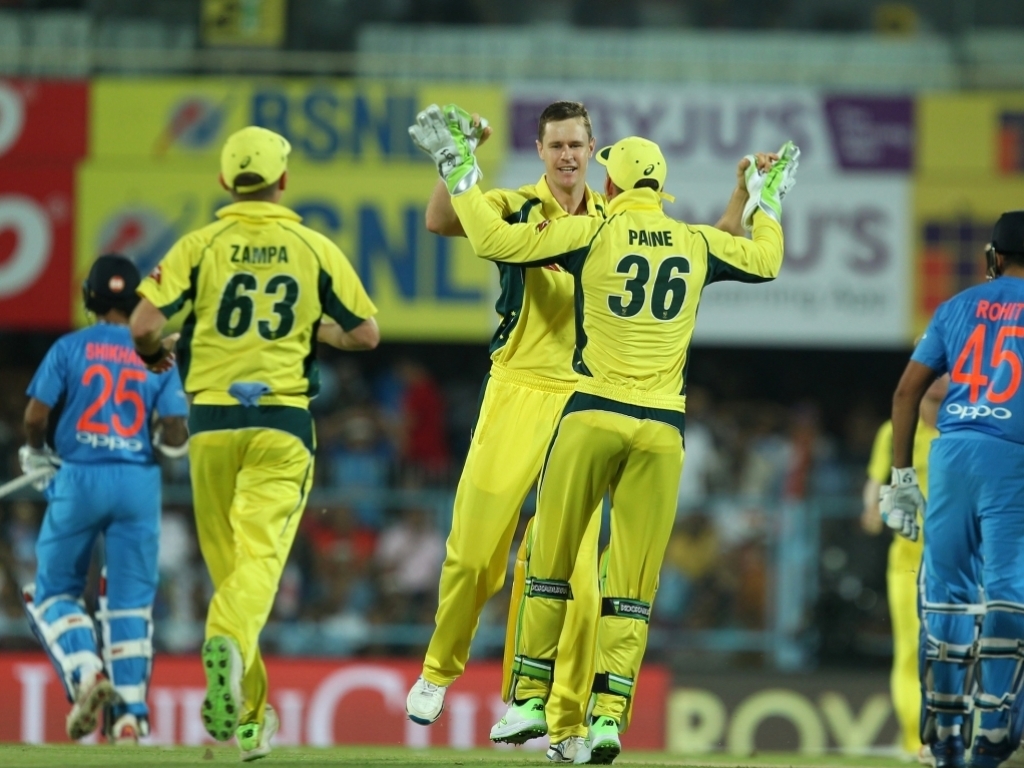 Seamer Jason Behrendorff took four wickets to inspire Australia to an eight-wicket victory in the second T20I against India in Guwahati on Tuesday that to level the three-match series at one-all.

After Australia captain David Warner and elected to bowl first, left-arm seamer Behrendorff, who playing only in his second international, got rid of India’s dangerous top four batsmen including skipper Virat Kohli for a duck to leave the hosts in trouble at 27/4.

Kedar Jadhav (27), MS Dhoni (13) and Hardik Pandya (25) tried to get the India back on the game but they also perished as Australia leg-spinner Adam Zampa made an impact in the middle overs.

Behrendorff finished with tremendous figures of 4-21 in four overs while Zampa took 2-19 as India struggled to 118 all out in 20 overs.

The tourists did not get off to the best of starts as Warner (2) and fellow opener Aaron Finch (8) fell early to Australia on 13/2 after 2.5 overs.

However, Moses Henriques (62 not out from 46 balls) and Travis Head (48 not out from 34 balls) made sure there was no jitters in the Australian camp as they comfortably saw their team over with a stand of 109* to win with more than four overs to spare.

It was a good bounce back from Australia after they lost the first T20I on Saturday.

The third and final match of the series takes place in Hyderabad on Friday.