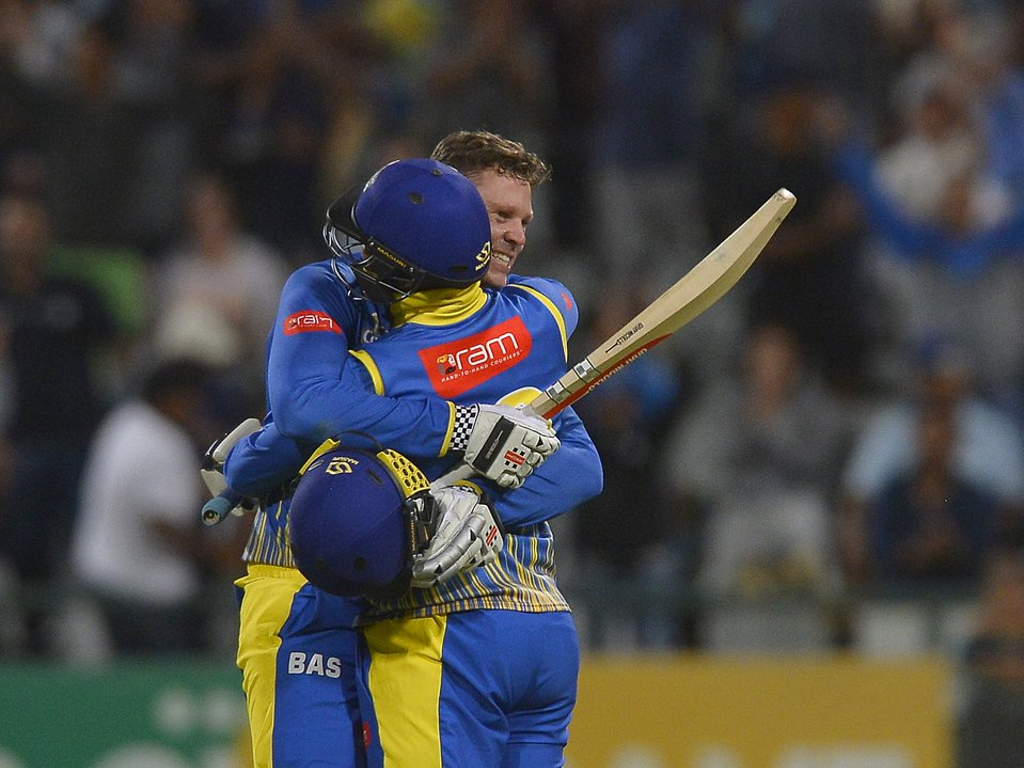 Titans were finally brought back down to earth in the Ram Slam T20 Challenge after Ferisco Adams and George Linde held their nerve to help the Cape Cobras secure a vital three-wicket win in front of a sizeable Cape Town crowd on Friday.

The pair shared a vital 26-run unbroken stand that came from 2.2 overs as the hosts chased down their 133-run victory target with three deliveries to spare and in the process secured themselves a place in the semi-finals next week.

It was a fitting end that delighted the nearly 9 000 fans that turned up at Newlands, with the visitors losing for the first time this season after winning six of their previous eight games – the other two being abandoned.

Apart from Adams and Linde, who made 20 and 16 respectively, there were also other key contributions for the Cobras, with the latter first starring alongside Dane Paterson with the ball.

Linde had taken two for 28 in four overs and offered excellent support for the outstanding Dane Paterson, who claimed three for 28, as the reigning champions were restricted to a poor 132 for nine after losing the toss and being asked to bat first.

The home side reached 39 for none in reply thanks to Richard Levi’s 27, before losing their way.

Temba Bavuma was their highest scorer after making 29, but the Cobras’ batsmen were jolted by Junior Dala (2/15), Chris Morris (2/22) and Tabraiz Shamsi (2/25), before they were rescued by Linde and Adams.

They will now play the Warriors on Sunday, while the Titans, semi-final qualifiers a few rounds earlier, finish the league phase of the competition against the Dolphins.