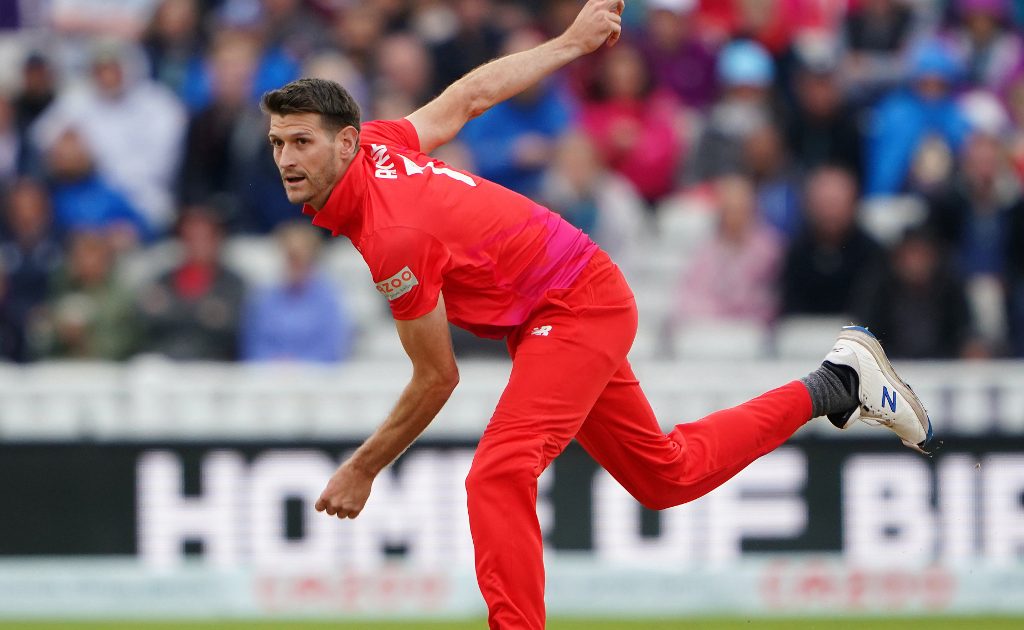 David Payne is bidding to elbow his way into contention for England’s next Test assignment in the West Indies in March by making a splash in five Twenty20s between the teams in Barbados.

Payne’s selection for the whistle-stop T20 trip this month proves his surprise maiden call-up in last summer’s one-day series against Pakistan following a coronavirus outbreak within England’s first-team was no flash in the pan.

While the tall left-armer is still awaiting his first international cap and turns 31 next month, he retains lofty ambitions of representing England in all formats and senses an opportunity in the aftermath of the Ashes debacle.

Some of England’s seamers came away from a 4-0 drubbing in Australia in credit but Payne offers an alternative to the right-arm options and he has averaged 23.04 in first-class competitions since the start of the 2018 season.

He told the PA news agency: “I’ve still got huge aspirations to play Test cricket for England. You never know what can happen because sometimes if guys can do well in white-ball with England they have a look at you.

“Part of my mind is, can I end up on the red-ball trip in the West Indies by doing well? This call-up just feels like it’s opened up countless opportunities: both for white-ball cricket and maybe for red-ball.

“In my personal opinion I definitely feel not having a left-armer in the squad is something England are missing at the moment. They might see me as that point of difference and might give me that edge to get into a Test squad.

“Everyone talks about a bowler being 28 and being at their peak, I feel like since 28 I keep getting better. I still feel like I’ve got more to give, I definitely feel like I’ve not reached the very best of what I can do.”

Payne’s insistence that he continues to improve is among the reasons why he did not suspect the door was shut by England, who have chosen three other left-arm quicks in their 17-strong squad to face the Windies.

He admitted a milestone birthday last year was something of a crossroads moment in his career but he has not looked back since being among those to answer England’s SOS in the makeshift squad which beat Pakistan in all three ODIs.

Ahead of Saturday’s first T20, Payne said: “I turned 30 and I kind of earmarked it as it’s ‘now or never’ with England.

“It felt like I was going to go one way or the other and actually getting that call in the summer was everything I needed to know that I was as close as people had been telling me.

“That just really relit the fire and the spark and gave me that extra motivation to keep going.

Competition for a spot in the T20 World Cup squad later this year will be fierce but Payne, who believes he is best suited to bowling at the start and the end of an innings, has allowed himself to contemplate the possibility.

“I bring myself back to the reality and the process. This is just the first call and there’s a long way to go, but it is a first step in getting on that road. Now it’s just bringing it back to this tour and seeing if I can do well on this and then you never know what can go from there.”