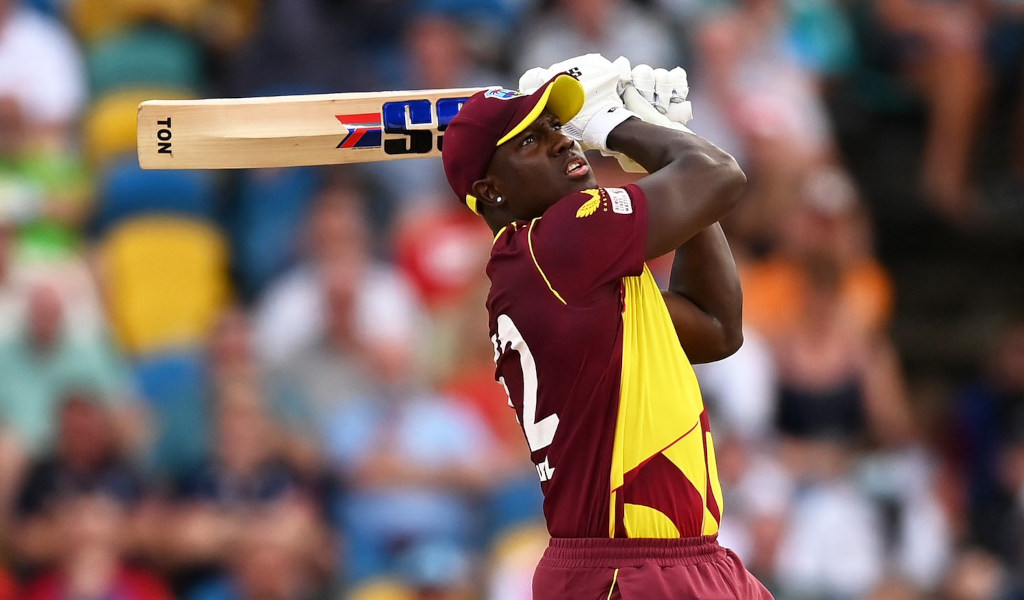 England were powerless to resist Rovman Powell as his brawny, six-laden century ushered the West Indies to a 20-run victory and a 2-1 lead in the five-match Twenty20 series in Barbados.

Powell, brought in for Odean Smith, thumped 10 of the Windies’ 16 sixes en route to a terrific 107 from 53 balls in an innings that formed the backbone of his side’s 224 for five, with Nicholas Pooran clubbing 70 off 43 deliveries.

Tom Banton gave a much-changed England hope of pulling off their third-highest chase ever with a 39-ball 73 but his dismissal left the tourists needing 96 from 45 deliveries before Phil Salt kept their flickering hopes alive.

Salt, one of three T20 debutants alongside George Garton and Harry Brook, brought the equation down to 36 in an over, flaying the first two deliveries for six en route to a 22-ball fifty before being bowled round his legs.

England, captained by Moeen Ali on Wednesday night because of a slight quad niggle to Eoin Morgan, now need to win both remaining matches to prevail in the series after 31 maximums on a difficult night for bowlers.

Garton claimed a wicket on his international bow but the left-armer, one of three in England’s XI alongside Reece Topley and Tymal Mills, leaked 57 from his four overs. Mills was also expensive, conceding 52 from his allotment.

Stand-in England skipper Moeen Ali said: “We were done a little bit with Morgs going down and playing three debutants but they played really well.

“A fantastic partnership took the game away from us but proud of the way the boys batted at the end. We’ve got guys putting their hands up, Bants was outstanding today, great for his confidence going forward. We are confident in our side and we said from the start it would be a brilliant series.”

Powell said the West Indies are determined to keep improving.

“I knew last night I was the one to split the left-handers,” he said. “Overall improvements… I can strike the ball good ball but a little problem with wristspin, I’ve worked on opening up the off side.

“Rashid is the most threatening of the bowlers, so get 20-30 off him and limit the wickets. There’s a big side and a short side, so we didn’t want two right-handers at the crease.

“Communicating and sharing the workload was key today. Everything came out of the middle today.” And to his credit, he knows the other two Windies T20 century-makers, Universe Boss and Evin Lewis.