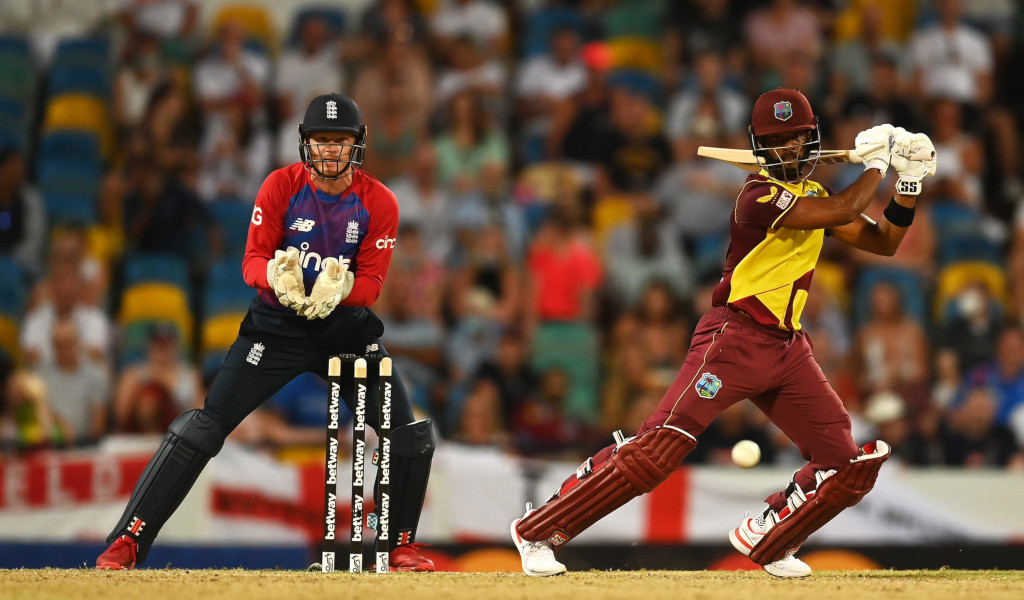 England’s Twenty20 tour of Barbados got off to a false start after they were bundled out for 103 before the West Indies reached a meagre target with nine wickets and 17 balls to spare.

After being asked to bat first on a tricky pitch with inconsistent bounce, England lurched to 10 for three then 49 for seven as their Ashes batting woes transferred to the Caribbean at the outset of this five-match series.

Lower-order batters Chris Jordan and Adil Rashid spared England’s blushes as they avoided a new record-low T20 total but the duo’s efforts barely papered over the cracks, with the Windies rarely troubled in their pursuit.

Jordan top-scored for England with 28 from 23 balls and was one of only four batters to make double figures in a much-changed line-up for the tourists, without the likes of Jos Buttler and Ben Stokes after their Ashes exertions.

Sam Billings was one of only five survivors from the side that lost to New Zealand in the T20 World Cup semi-final in November, jetting out to Bridgetown from Hobart where he had made his Test debut just days earlier.

England’s bowlers were efficient if non-threatening – with Brandon King’s unbeaten 52 from 49 deliveries breaking the back of the chase – but they were given precious little to work with after a dreadful start for their batters.

Skipper Eoin Morgan said that England would need to bounce back quickly.

“Not at all [the start we wanted], and the opposite conditions to what we played on [in the warm-up].

“WI dominated early on, we didn’t seem to adapt. Have to come back tomorrow with a fresh game plan. Think the wicket could be the same again.

“Something we spoke about coming here, more so in Barbados, little bit more bounce. Today it wasn’t that consistent.

“Trying to get the mindset around risk reward didn’t happen. [That’s the] Nature of international cricket, you get tested/exposed throughout your career. I’ll be encouraging them to stay as positive as possible. [Fans] We’re trying, we always get great support. We hope to play better cricket.”

“That’s the blueprint we ask guys to put up. Really happy for the guys. To come out and win a match isn’t easy, to see the young guys come out and finish it off was fantastic. Sheldon [Cottrell] coming back in, Jason showed his quality.

“These two bowlers were phenomenal, and then backing it up in the field. Sometimes when you get four wickets early guys can relax, but they know the importance of sticking to plans.

“Thought they were fantastic. This is just the first of five, but winning games isn’t easy at all. [King] Did well in Pakistan, and being able to finish the game is something we’re trying to inculcate.

“Sometimes these surfaces aren’t conducive to going hard. But well done to them, good opening partnership. In less than 24 hours we’ll try and do it again. [Recent criticism] Tough times don’t last, tough people do. I come each and every time and try to give my 100%. We’re sticking together in the dressing room.”