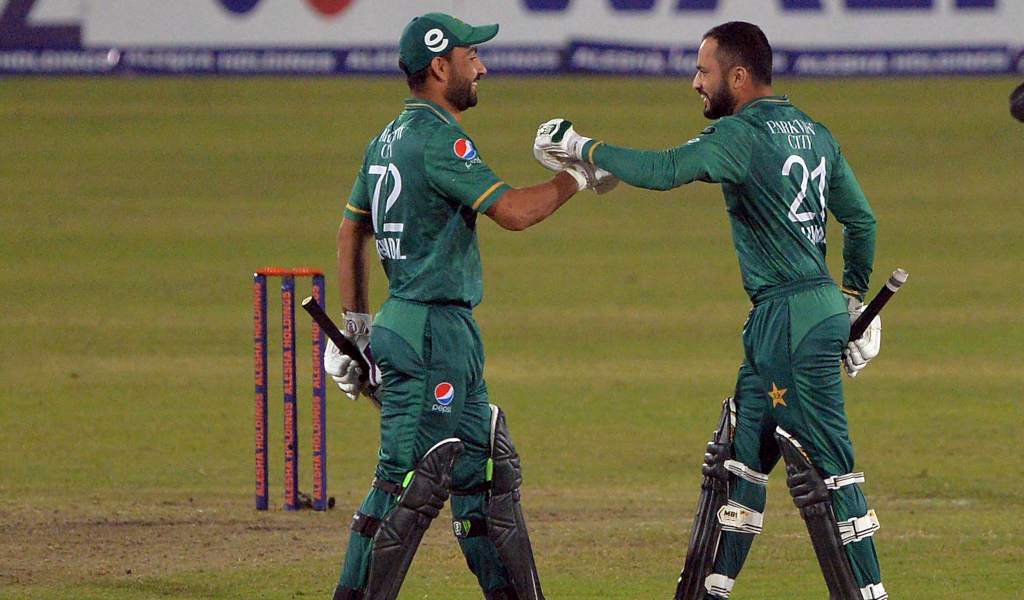 Mohammad Nawaz held his nerve to hit the final ball of a chaotic last over of the third T20I between Bangladesh and Pakistan for four to seal a memorable win and series whitewash for the tourists.

Pakistan needed eight runs to win the match off a final over bowled by Bangladesh skipper Mahmudullah.

It looked a doddle for Pakistan who had Haider Ali well set on 45 not out and the experienced Sarfaraz Ahmed alongside him, however the latter tried to hit the cover off the first ball and missed.

Sarfaraz holed out off the second ball of the over as Mahmudullah enticed them to take him on.

The very next ball Haider was on his way back and suddenly Pakistan had their backs against the wall.

Iftikhar Ahmed came in and launched a six to swing the match back in Pakistan’s favour but the very next ball, he too was back in the hut as he failed to clear the fence.

There was more drama when Nawaz backed away from a delivery sent down from behind the umpire by Mahmudullah, after a brief discussion the Bangladesh captain agreed to rebowl the delivery.

Sensing the Mahmudullah was going to go length again, Nawaz came down the pitch and hit him over extra cover for four to seal the contest and secure a whitewash for Pakistan.

Earlier Bangladesh had scratched and scraped to 124 off the back of Mohammad Naim’s 47, with 2 for 15 Mohammad Wasim was the pick of the Pakistan bowlers.

Haider Ali gets plaudits after Nawaz seals it

Despite not getting Pakistan over the line, Haider was named the man of the match for his knock that got them close.

He confirmed that it was hard work batting on the Shere-e-Bangla surface: “The pitch was a difficult. Rizi bhai supported me and told me we want to play till the end.

“It became close towards the end but thankfully, we ended up on the winning side.”

After a decent return of 90 runs across three matches, Mohammad Rizwan was named man of the series.

“When you play for the country, you are obviously happy and you cannot put that into words,” Rizwan said.

The pitch was a tricky one. And whenever you play away, you get to play on different kinds of pitches.

“But we try to stick to our process. I have built some momentum in my batting and keeping over the last one year.

“I would like to thank the fans, it seems as if we are playing in Pakistan.”

Pakistan’s Test squad will now prepare for a two-match series against Bangladesh that gets underway on 26 November 2021.