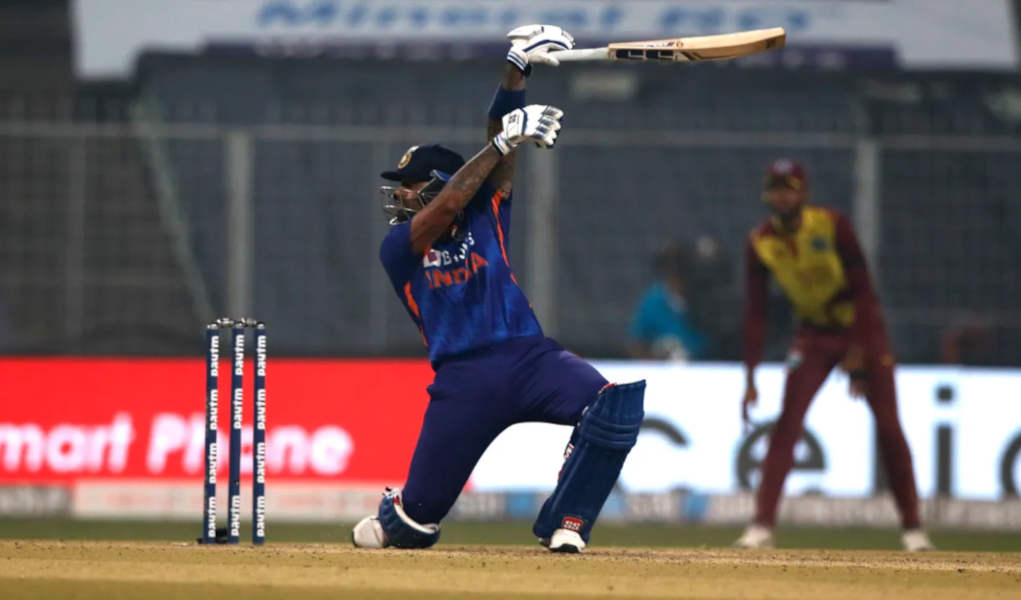 India coach Rahul Dravid has said that the team is targeting greater flexibility when batting.

While this isn’t necessarily about batting position, India want a greater situational awareness at the crease to bolster their game in the format.

Blessed with an abundance of data from internationals and the IPL, the Indian camp are now charged with putting that information to good use.

“I think we need a certain level of flexibility in T20s, that again has been communicated to a lot of the players,” Dravid explained as quoted by ESPN Cricinfo.

“There has been conversation around the fact that we need to be flexible, we can’t be predictable.

“We need to sometimes have the left-right combinations.

“All the stats and data tell you the value of left-right combination, left-arm spinner to left-hand batsman – we all know that stuff.

“We want our players to be flexible, and that we may need to move them around, and I think they’ve responded really well.

“They want to embrace that, understand the value of that, and so, yes, certainly through that middle order, it’s an area we want to improve and get better at.”

Dravid conceded that it was easier to read the situation in a chase, but said that India were trying to get the most out of a surface batting first as well.

The coach said that India are also trying to match their batters to the bowlers they expect to be bowling at a given time.

“Sometimes you need that flexibility when you want to take down certain bowlers or combinations or scenarios, you need to have potentially the right people batting in a really short game.

“Sometimes five or six balls, with the right batsman against the right bowler, can actually be the difference in the game.”

Dravid is wary of doing too much experimentation, and says they need to find a balance between blooding players and ensuring the group is prepared for the T20 World Cup.

“The times we live in, it’s never easy,” he said. “There’s a time frame where you can say we want to freeze in this team.

“We saw today with Deepak [Chahar] getting injured, Suryakumar Yadav getting hit on his hand, the Covid issues we had in Ahmedabad – where we couldn’t play three-four players.

“We want to ensure that by the time we get to the World Cup, some of our young players have played 15-20 games.

“Give Rohit a chance to bowl them, bat them in positions he wants to.

“It also needs to be balanced around the fact that we need to have a few back-ups if injuries happen.

“They can happen with times like these with bubbles, quarantines. We are seeing injuries.

“We are pretty clear with the balance and combination we want.

“We are just structuring the team around it and balancing individual workloads as well.

“We have a fair idea between Rohit, the selectors, the management, about the kind of skills we are looking at for Australia.

“The guys who are in the running – we want to give players a fair chance to stake their claims also. We don’t want to set ourselves in stone too early as well.”