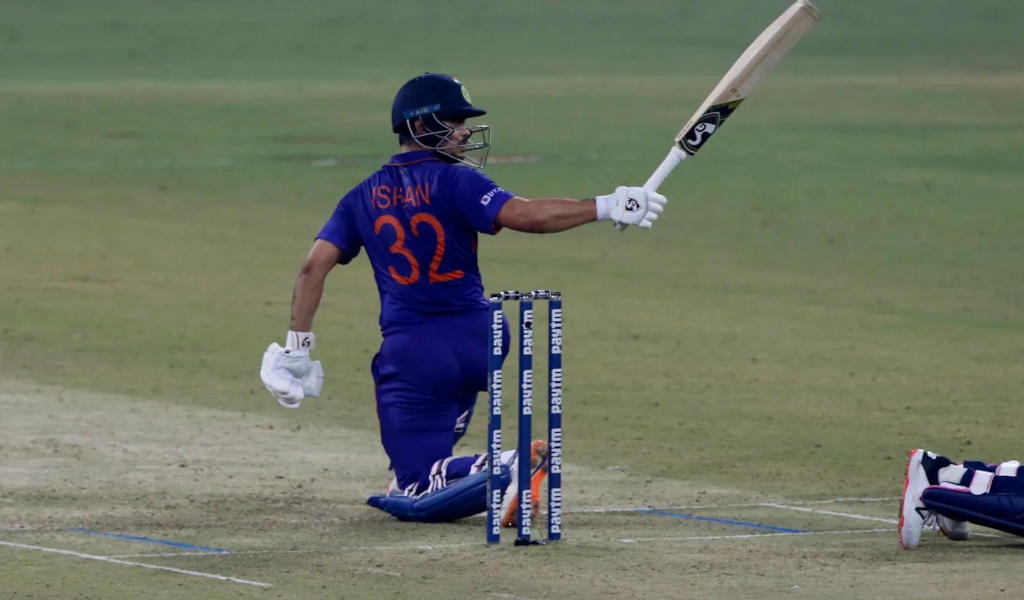 India batter Ishan Kishan says that the attacking gameplan he has been given by the team leadership has set him up to succeed.

The wicketkeeper batter said that he didn’t feel that it was a great surface to bat on at the Ekana Sports City in Lucknow, but decided to get after the bowlers to transfer the pressure.

Ishan credited skipper Rohit Sharma with giving him a key piece of advice.

“The wicket was not that good.

“But Rohitbhai told me to hold my shape and believe in my strengths, something that he focuses on doing.

“And that’s what I tried to do as well… Going for the shots that were in my arc,” Ishan said at the post-match news conference.

Ishan wants to keep his feet firmly planted on the ground as he believes that this team still has a lot to achieve.

India have excelled at bilateral cricket since 2015, improving in every format and building an impressive talent pool for national selectors to select from. However success at big tournaments have evaded them and Rohit Sharma has been charged with bringing home a major trophy in the next two years.

Ishan said that the backing of skipper and coach have meant to a lot to him as a player trying to break into the India team.

“You shouldn’t get overexcited when you get runs and the same goes with when you don’t perform.

“You need to be in a good space and talk to the seniors since they are much more experienced than we are. So it’s very helpful when I have conversations with Rohitbhai.

“It’s very helpful for me as I know the captain and coach believe in me, and I just go there to perform,” Ishan emphasised.

Ishan said that he operated off of a very simple game plan against Sri Lanka, making use of the bigger boundaries at the relatively new ground.

“I got to learn a lot from the last few matches,” Ishan said as he received the Player of the Match award.

“My intent wasn’t great but here I tried to keep it simple.

“I think [the] pull is my favourite shot and I was actually waiting for the ball to play that shot.

“Bigger boundaries is good thing as we get lots of gaps. My plan was to middle the ball towards midwicket and it went my way.”