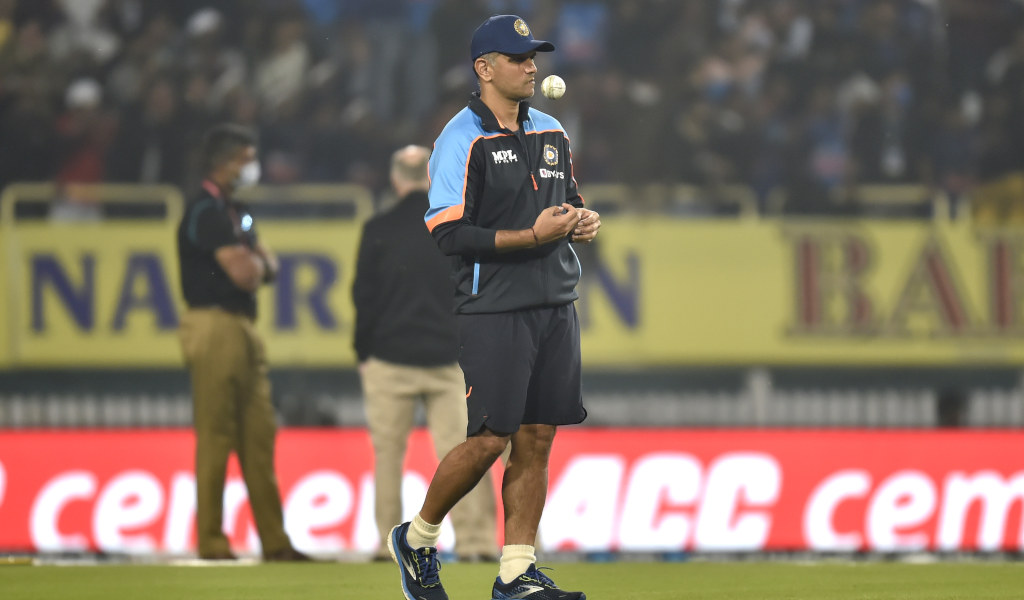 India won’t be taking any time to celebrate a series whitewash over New Zealand as coach Rahul Dravid said they must learn and move on.

Dravid said that it felt good to win the series, but the results needed to be put into context with the tourists given little chance to acclimatise to India and adapt to conditions.

“It was a really good series win,” Dravid said at the post-match press conference on Sunday.

“Everyone played really well right through the series.

“We are also quite realistic.

“We have to keep our feet on the ground and be a bit realistic about this win.

“Not easy for New Zealand to play a World Cup final and then to turn up three days later to play three games in six days, was never going to be easy for them.

“Nice from our perspective but we have to learn from this series and move forward.”

Dravid was satisfied with the performances put in by fringe players with the series used to give international exposure to some hot prospects.

“It’s been really good to see some of the young guys come through,” Dravid added.

“We have given the opportunity to some of the boys who haven’t played a lot of cricket over the last few months.

“We have seen some of the skills available to us and we have to keep building on those skills as we go forward.”

Young batter Ishan Kishan said that Dravid empowered him to play his natural game and helped him get a measure of revenge on Trent Boult, who dismissed him at the T20 World Cup.

“The coach and captain asked me to do the simple thing, whatever I’ve done in the IPL. I just watch the ball and like to hit the ball hard. The coach said go play your shots and if you get out it’s okay.”

The first of two Tests between India and New Zealand will get underway in Kanpur on 25 November.