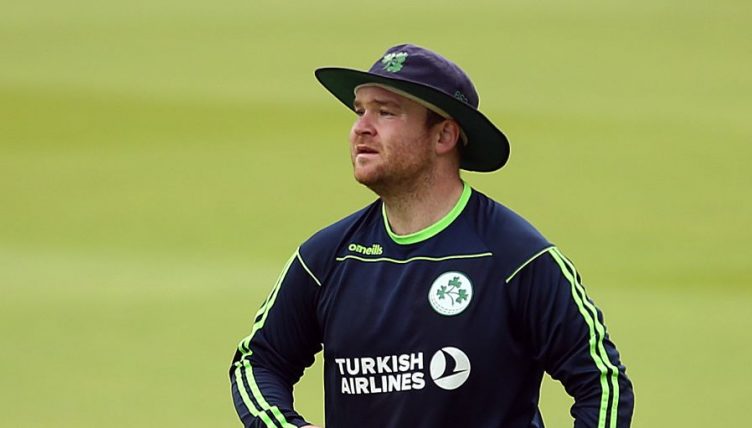 Paul Stirling smashed a whirlwind 95 from 47 balls as Ireland earned a thrilling four-run victory in their T20 opener against the West Indies in Grenada.

Chasing 209 to win after Ireland set up their innings with a record 93-run powerplay, the hosts needed 13 to win off the final over but lost Sherfane Rutherford and Dwayne Bravo.

Bravo, recently recalled to the T20 squad, had earlier hit a six off the second ball of the over to give the West Indies hope.

But he was caught by Gareth Delany off Josh Little with one ball remaining and the hosts could only reach 204 for seven.

Evin Lewis top-scored for the Windies with 53 and Kieron Pollard hit 31 while Little claimed three for 29 for Ireland.

Victory was revenge for Ireland after the West Indies completed a 3-0 whitewash in the one-day series on Sunday.

They reached 208 for seven after winning the toss and electing to bat.

Opener Stirling launched eight sixes, while Kevin O’Brien made 48 before being bowled by Bravo.

O’Brien’s dismissal sparked a mini-collapse of four wickets for 10 runs, with Ireland recovering from 164 for four to post a winning total.