History made as Ireland are stunned by the USA in Florida 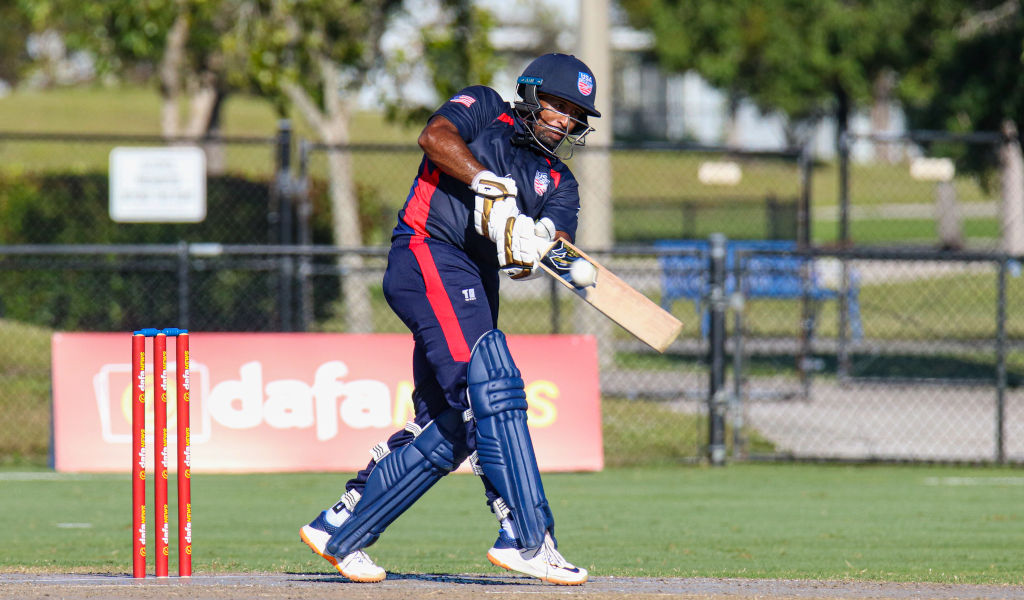 The USA earned a shock victory over Ireland in an historic Twenty20 international between the sides in Florida.

The series is the first time a full ICC member has faced the USA on American soil, and the hosts emerged victorious by 26 runs.

The USA lost four early wickets for just 16 runs in Lauderhill, including captain Monank Patel with only the second ball of the match, but rallied to post 188 for six from their 20 overs.

Gajanand Singh tonked the first six of the match in the 12th over, demonstrating just how slow the US came out of the blocks — and proceeded to hit four more maximums in a splendid, crucial innings of 65.

Modani weighed in with an equally important 50 before Marty Kain, one of five debutants for the home side, crushed a quick-fire 39 from only 15 balls to reach a very competitive target of 188 for six from their 20 overs.

Ireland’s bowling at the death was woeful and their batting response suffered the worst possible start when captain Andy Balbirnie was dismissed in just the second over.

Ireland laboured in reply and captain Andrew Balbirnie was dismissed for four in the second over.

A quick-fire 31 from 15 balls from opener Paul Stirling, however, steadied the ship and at the halfway point, Ireland were 74 for three and a close finish beckoned.

The Americans hung in, however, and thanks to some tight bowling and excellent fielding, the visitors found themselves needing a daunting 76 from 37 balls, which was way beyond them.

The tourists came up short on 162 for six despite Lorcan Tucker hitting a 49-ball 57 not out.

“This is a good start,” USA spinner Nisarg Patel said.

“We’ve been playing well for the last year and a half. Winning against bigger teams like Ireland will send out a good message across the country and the world.

“Hopefully we can keep it going.”