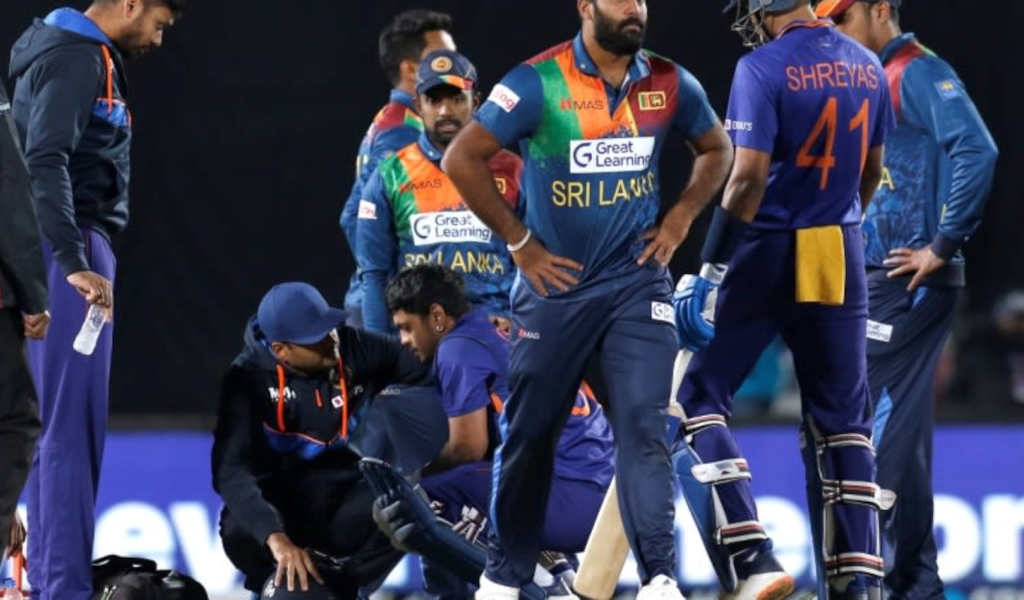 The safety of the game of cricket is once again in the spotlight as a bright young talent suffers a knock to the head this time in India.

Ishan Kishan was struck on the helmet during the second T20I between India and Sri Lanka.

Ishan was taken to a local hospital but was released after a brief period of observation.

Medical personnel are keeping an eye on the youngster, monitoring for symptoms of a concussion.

“The BCCI Medical Team will continue to closely monitor his signs of concussion,” a statement read.

Ishan has just a few weeks to recover from the knock before getting back into action in the Indian Premier League.

Mumbai Indians decision not to retain Ishan cost them a pretty penny and they would like their prime asset to be fit, firing and in a great frame of mind.

The fast bowlers of the IPL will also surely set out to test how Ishan takes to be being bounced after his knock. Fast bowlers are indeed a grim bunch.

It has previously been questioned if a bouncer above shoulder height should be made a no-ball once more in white-ball cricket.

Further to this some suggest that hawkeye be employed to rule on whether a bouncer is above shoulder height.

Still others suggest that batsmen should be incentivised to duck dangerous deliveries, however, the game might be rendered a farce for viewers by such measures.

Another factor in batsmen getting hit is that a bouncer represents an excellent chance to clear the boundary with any sort of decent contact. Part of this is down to how the bats are made, and this modern bat technology might encourage more audacity from batters than was the case in generations past.

Cricket must take on board information being presented by extensive research into head injuries in sport.

Lovers of the game are understandably nervous that safety measures or tightened regulations could impact the quality of the sport, while that’s a reasonably fair fear something has to give.

Does cricket need to be dangerous to be entertaining?