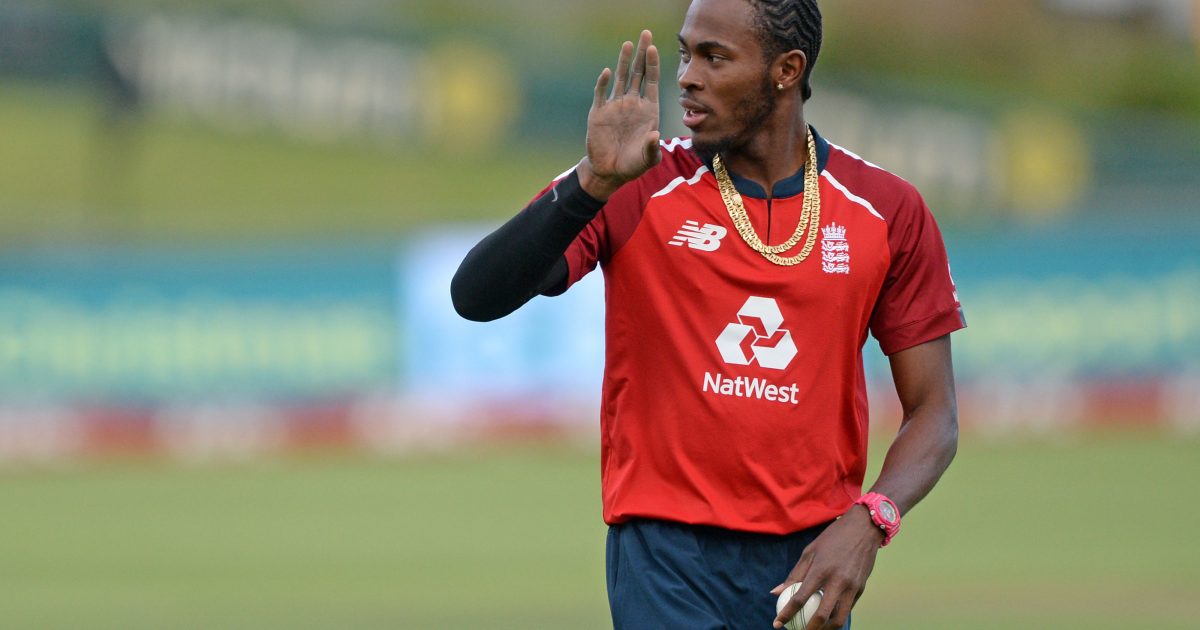 Jofra Archer was back with England for the first time in nearly a year after linking up with the Twenty20 squad ahead of their five-match series against the West Indies.

The World Cup-winning fast bowler is still some way off an international return and England are refusing to put a timescale on any playing comeback after a second operation on a longstanding elbow complaint last month.

After going under the knife again in a bid to finally resolve an issue that has precluded his involvement from England duty since March last year, Archer returned to his family home to convalesce in his native Barbados.

England are out on the island for a low-key T20 series against the Windies and were joined in Tuesday’s training session by Archer, who has been catching up with his team-mates since joining their bubble at the weekend.

He was seen doing running drills away from the main group at the Kensington Oval and some gym work on Tuesday, watched on closely by England and Wales Cricket Board strength and conditioning coach Rob Ahmun.

While it is understood he is not yet ready to resume bowling, his presence in Bridgetown was a heartening step in the right direction, one welcomed by Sussex team-mate George Garton.

Garton, who lives across the road from Archer in Hove, said: “It’s good to have Jofra around, I’ve had him at Sussex for five years, I live next door to him, about 50 yards away, if I walk straight across the road, I’m there.

“I know he loves being here with his family, I know he’s really excited to be around the group because we’re here. I think he’s getting involved with a bit of fielding and a bit of batting.”

Garton, one of four left-arm pace options included in England’s 17-strong squad for the series which starts on Saturday, can sympathise with Archer’s injury woes after being sidelined himself in the past with several issues.

Garton said: “It’s always tough watching someone that wants to do their job and is so good at their job going through injury, you just try and offer a shoulder when you can, try and provide them with entertainment when you can, just being there to chat to them.

“He loves gaming, so being on games whenever he is. Just trying to keep him happy that way, whether it’s staying up late or early in the morning, because of the time zones, I’m just trying to make him smile.”

Garton is bidding to make his international debut on the trip. He was seemingly close to doing so last summer but was among those in Eoin Morgan’s side to catch coronavirus that led to a replacement squad being named to face Pakistan in three one-day internationals last summer.

The 24-year-old bowling all-rounder tested positive for Covid again at the start of this month upon his return from Australia, where he was playing in the Big Bash, but is relieved he recovered in time for this tour.

On the eve of England’s only warm-up against a Barbados Cricket Association President’s XI on Wednesday, Garton said: “It is awesome to be here. I felt much better this time (after getting Covid). It gave me a week and a half at home with my family and felt pretty refreshed.

“In the summer it was completely out of my hands what happened with Covid. And then to be called up for this it was really exciting to get over and be part of the group.”