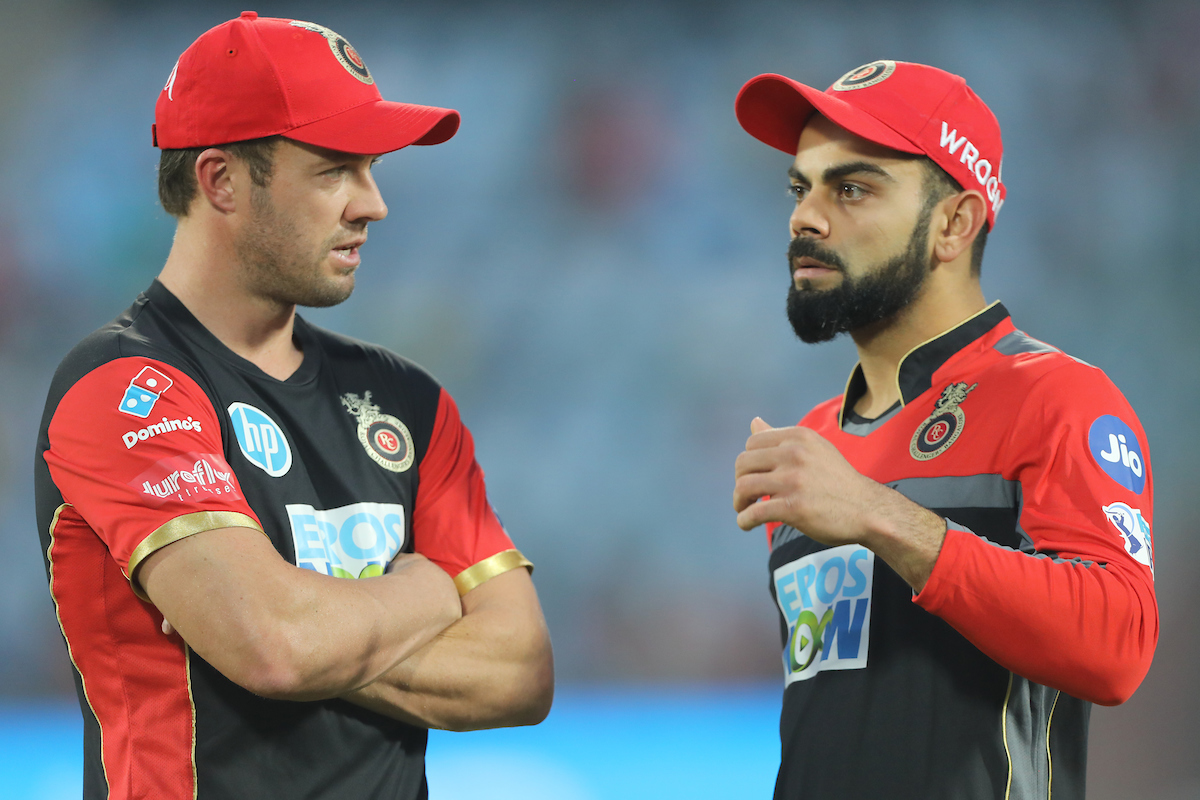 Royal Challengers Bangalore skipper Virat Kohli has pinned the blame for a season ending loss on a middle order collapse.

RCB lost a game against the Rajasthan Royals that they needed to win to stand any chance of progressing to the playoffs.

Kohli’s charges slipped from 75 for 1 to to 98 for 6 inside four overs as they attempted to chase down a target of 165.

AB de Villiers 53 was the stand out knock but he received little support apart from his initial stand of 55 with Parthiv Patel.

Speaking after the match Kohli said: “It was a strange one, great position at one stage but the way we fumbled it wasn’t ideal.

“AB was batting beautifully, the decision-making of the others was poor. It shouldn’t have been repeated by five-six guys in a row.

“We wanted to strengthen our middle order that hasn’t been our strength for the last few years, something we need to look forward to over the next year and beyond.

“Scoring and stress in the middle order can’t always be on a guy like AB. Here, others around him just didn’t show enough composure.”

Kohli would pick out some positives from the 2018 campaign choosing to lavish praise on bowlers Umesh Yadav, Yuzvendra Chahal and Mohammad Siraj.

The skipper said: “Quite a few positives: Umesh was outstanding, Chahal was good, Siraj took his opportunities, Moeen grabbed his chances and gave us the balance. Disappointed to not finish this off after we were cruising, just to see the way it unfolded after that hurts.”