Kohli: Jeez, we needed that win 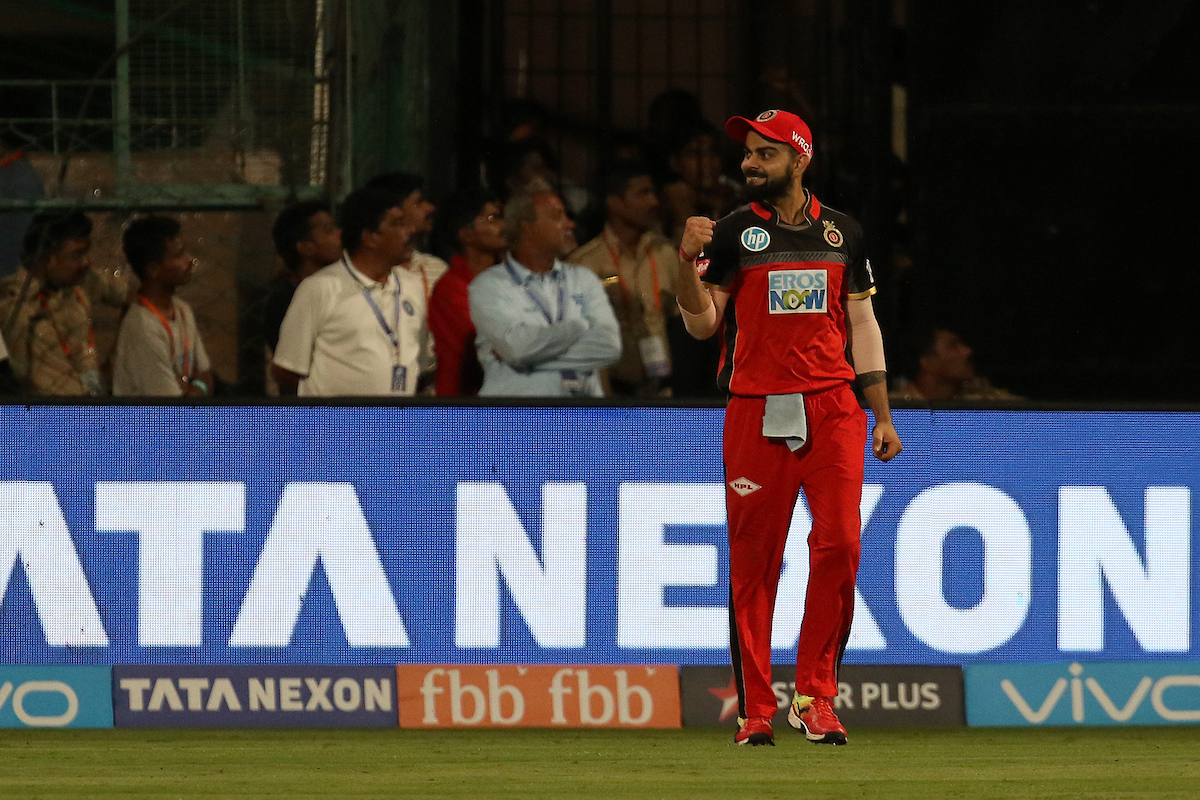 A relieved Royal Challengers Bangalore skipper Virat Kohli knows that his team are still in with an outside of making the playoffs.

Wins have been hard to come by for the star-studded RCB lineup who have had to make do without their form batsman AB de Villiers for the last two matches.

Kohli was thrilled with the effort of his bowlers who had just 167 runs to defend but were able to pull off a 14 run win.

Speaking after the triumph Kohli said: “Jeez, we needed that win. Such an important stage of the tournament.

“We all believe in the changing room that this was the push we needed. Important two points. Just told the bowlers, to back their gut.

“Take ownership of your field, your plans, and own it. Siraj, Colin, Southee were excellent. Umesh, Chahal everyone bowled well.

“The one over that JP Duminy bowled and Manan targeted (for 22 runs) took the game away from them. ”

Kohli took the time to wish his wife a happy birthday thankfully he an his teammates could produce a win.

He added: “We needed impact performances and that’s what happened. My wife (Anushka Sharma) is here and it’s her birthday, so happy that she could see us win. Happy to earn the two points in front of her.”

Man of the match Tim Southee credited countryman Colin de Grandhomme with giving RCB the momentum they needed to get a huge victory.

Southee said: “Nice to play, and find that win on the board. We came close for a few, good to go over the line.

“We knew that if we continue taking wickets then we’ll have it. Colin’s last over (with the bat) gave us momentum going into the second innings. The belief about qualification is still strong in the group.”