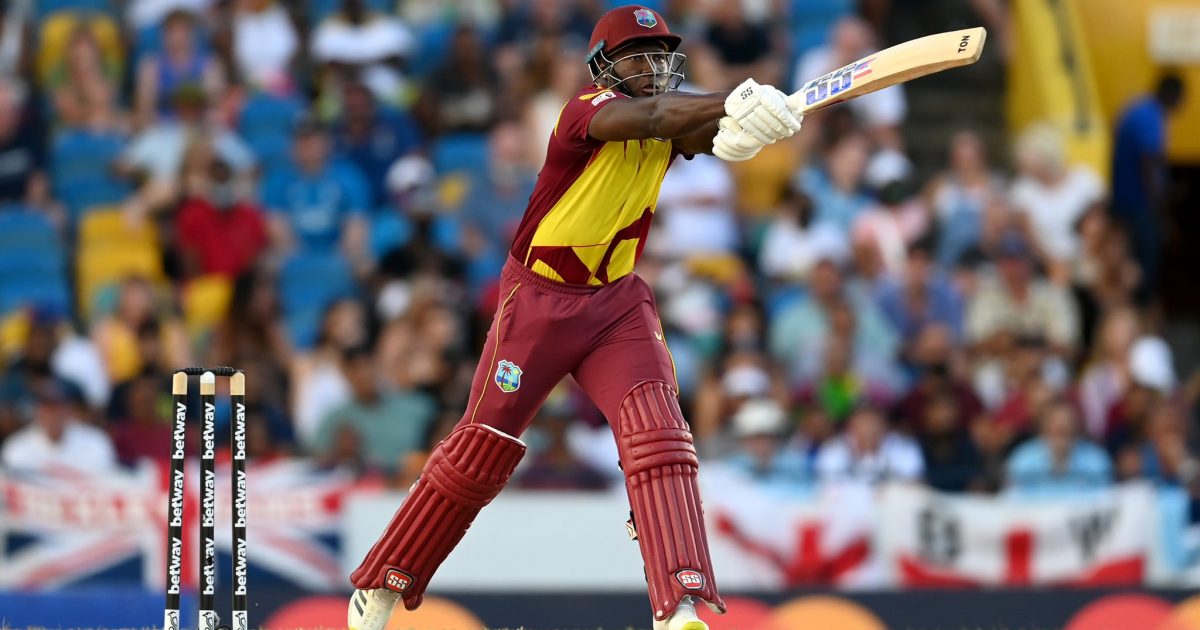 Adil Rashid and Liam Livingstone took two wickets apiece as England were set 180 to win the Twenty20 series against the West Indies, who launched a furious late innings assault to post a competitive total in Barbados.

While spin trio Rashid, Livingstone and Moeen Ali took a combined four for 54 from 10 overs, England quicks were bludgeoned to all parts of the Kensington Oval as the Windies got to 179 for four in the fifth and final T20.

Brandon King (34) and Kyle Mayers (31) laid a strong platform before the Windies were becalmed in the middle overs but it hardly mattered as they teed-off later on, Kieron Pollard and Rovman Powell adding 66 in the last 24 balls.

Pollard finished unbeaten on 41 off 25 deliveries while Powell, a centurion in midweek, clubbed four sixes in his 35 not out from 17 balls after Rashid’s two for 17 saw him leapfrog Chris Jordan to become England’s all-time leading T20 wicket-taker.

England brought back Saqib Mahmood for this winner-takes-all showdown, having prevailed 24 hours earlier to set up a decider.

Mahmood had endured a fraught experience in the second T20, conceding 28 in the final over as the Windies fell one run short, and his first ball here was sent back over his head for a towering six by King.

Mayers twice swiped across the line in the same over, the first disappearing into the stands and the second whizzing past the despairing dive of the deep square leg fielder, as Mahmood yielded 19.

Stand-in England captain Moeen switched to his own spin after the Windies had reached 31 without loss after three and there was immediate turn on offer. He should have had the wicket of the advancing King but Sam Billings failed to gather with the batter well out of his crease.

Another Mayers swivel pull – this time off Jordan – disappeared for six as pace continued to be given the treatment, while Moeen was hoisted over wide long-on by King as the Windies racked up 58 in the powerplay.

The introduction of Rashid once again stopped the Windies in their tracks, with England’s leg-spinner making the breakthrough courtesy of a fantastic relay catch from Roy, who clung on to a head high chance and while his momentum took him over the deep midwicket boundary, he had offloaded underarm to Phil Salt before then.

Romario Shepherd was catapulted up the order and while he slapped a full toss straight off Livingstone, he aimed another booming straight drive off the spinner and could only slice to short third.

Livingstone had his second wicket when King slapped a long hop straight down the throat of Jordan at long-on. From then on, Livingstone’s mix-and match spin and Rashid’s variations subdued the Windies.

They brought up three figures in the 14th over but boundaries were proving difficult to come by. Aiming a booming drive off Rashid, Nicholas Pooran was cleaned up by a googly.

On 113 for four after 16 overs, the Windies were heading nowhere but Powell kickstarted their late charge with a huge six off Topley – their first boundary in 42 balls.

Powell and Pollard took full advantage as Topley and Jordan struggled with their radar in the final throes, leaving the contest finely poised ahead of England’s innings.