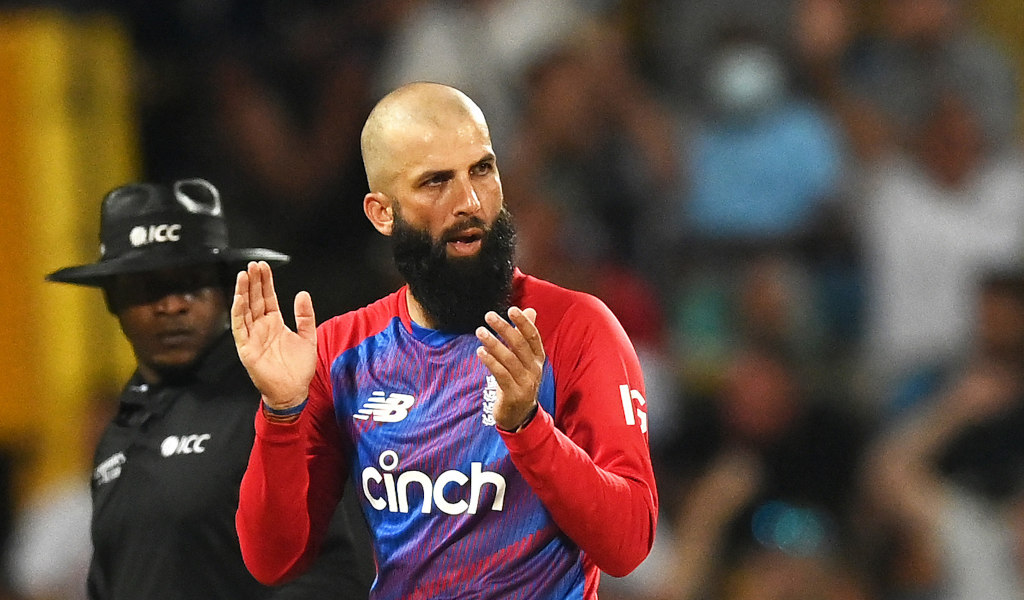 Moeen Ali led from the front with bat and ball as England sent their Twenty20 series against the West Indies to a decider on Sunday following a 34-run victory at the Kensington Oval.

England’s stand-in captain, deputising following Eoin Morgan’s series-ending injury, thumped seven of England’s 15 sixes in a sparkling 63 off 28 balls as the tourists added 59 in the last three overs to post 193 for six.

It was an explosive finish to the innings, with Jason Holder clubbed for four successive sixes by Moeen, who chipped in with impressive figures of two for 28 as the Windies fell short on 159 for five in reply in Barbados.

The hosts required 61 from the final 24 balls but Chris Jordan, brought back alongside Sam Billings after missing Wednesday’s loss, and Reece Topley held their nerve at the death to ensure the five-match series goes to the wire.

Moeen was the standout, propelling England after Kieron Pollard used his cutters and nagging lengths on a sluggish pitch to stifle England, who were also grateful for Jason Roy’s 52 from 42 balls at the top of the order.

Roy benefited from being dropped on three by Holder in the second over to share an 85-run stand alongside James Vince, who contributed 34 from 26 balls after England were invited to bat first.