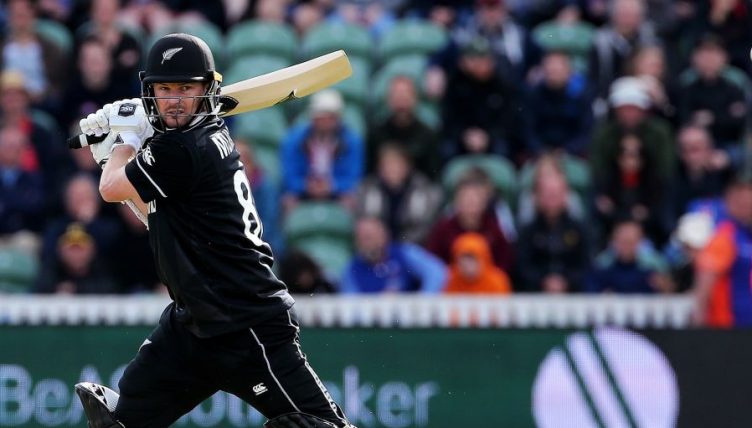 England’s final warm-up ahead of their Twenty20 series against New Zealand ended with an eight-wicket defeat as the tourists were undone by Colin Munro’s belligerent hundred in Lincoln.

James Vince top-scored with 46 from 32 balls against a New Zealand XI before Lewis Gregory’s entertaining cameo of 29 not out from 11 balls on his first senior appearance for England lifted the side to 188 for five.

Matt Parkinson struck with his third ball in England colours and probably should have had Munro lbw early on, only for the umpire’s finger to stay down, before the home side’s captain thumped an unbeaten 107 from 57 balls.

Munro, who has made more than 100 appearances for the Black Caps in all formats, bludgeoned nine fours and seven sixes, the last of which off Saqib Mahmood sealed victory with nine balls to spare.

England’s experimental attack contained four bowlers – Mahmood, Gregory, Parkinson and Pat Brown – who have yet to make an appearance on the international stage, while Tom Curran was the most economical with figures of 4-0-27-0.

Parkinson can count himself unfortunate to have finished with only one wicket, with two catches off his bowling dropped, while there was another low score from Tom Banton, with both players hoping to earn selection for this Friday’s T20 opener at Christchurch.

After a peculiar opening over in which left-arm spinner Anton Devcich sent down three no-balls, Banton could only follow up his 11 in the first practice match with six here as he skied Anurag Verma to Josh Clarkson at mid-off.

Dawid Malan made just 14 before flashing at a wider one from Brett Hampton, succeeding in only edging behind, leaving Vince and Eoin Morgan, batting for the first time on this tour, to rebuild.

Vince rode his luck on occasion but also clobbered the left-arm wrist-spin of Blake Coburn for six, only to perish four short of his fifty while Morgan fell for 12 off the next ball, both caught inside the ring off Anurag Verma.

That took England to 85 for four just after the halfway point but Joe Denly and Sam Billings consolidated either side of a half hour delay for rain before the latter attempted one ramp too many, scooping to short third man to fall for 27.

Gregory joined the more assured Denly at the crease and wasted no time in settling into his stride as he crunched two fours and two sixes in the penultimate over bowled by Verma.

Another lusty blow from Gregory was dropped by Josh Clarkson before he tumbled over the boundary rope, allowing the Somerset man to remain unbeaten, with Denly (39no) finishing the innings with a four off Lockie Ferguson.

Gregory endured a more forgettable time in the field as he leaked 27 runs from his two overs and dropped a difficult chance off Anaru Kitchen on the run at long-on off Parkinson.

The Colin Munro Show comes to Lincoln! An 8 wicket win for the NZ XI in the 2nd T20 warm-up with @englandcricket at Bert Sutcliffe Oval. @manuz05 with with 107* off 57 balls and a 138 run partnership with Anaru Kitchen (48*). VIDEO scorecard | https://t.co/1GxetHOEpK #NZXIvENG pic.twitter.com/Bj407vI1nF

Parkinson had earlier struck in his first over when Anton Devcich heaved to long-on, while the Lancashire leg-spinner saw a couple of close lbw shouts turned down – Munro looked plumb when he was on 26.

Munro and Kitchen (48no) made full use of their moments of fortune to accelerate in an unbroken 138-run stand.

Brown was once again expensive as Munro moved past his half-century with a six off the seamer while the home skipper crunched back-to-back sixes as Denly conceded 22 runs in his second over.

Munro moved to 99 after Curran parried a leg-side swipe over the boundary before completing a 54-ball ton.

Munro then completed the job by clearing the ropes off Mahmood off the third ball of the penultimate over as England crashed to defeat in front of a handful of spectators at the Bert Sutcliffe Oval.