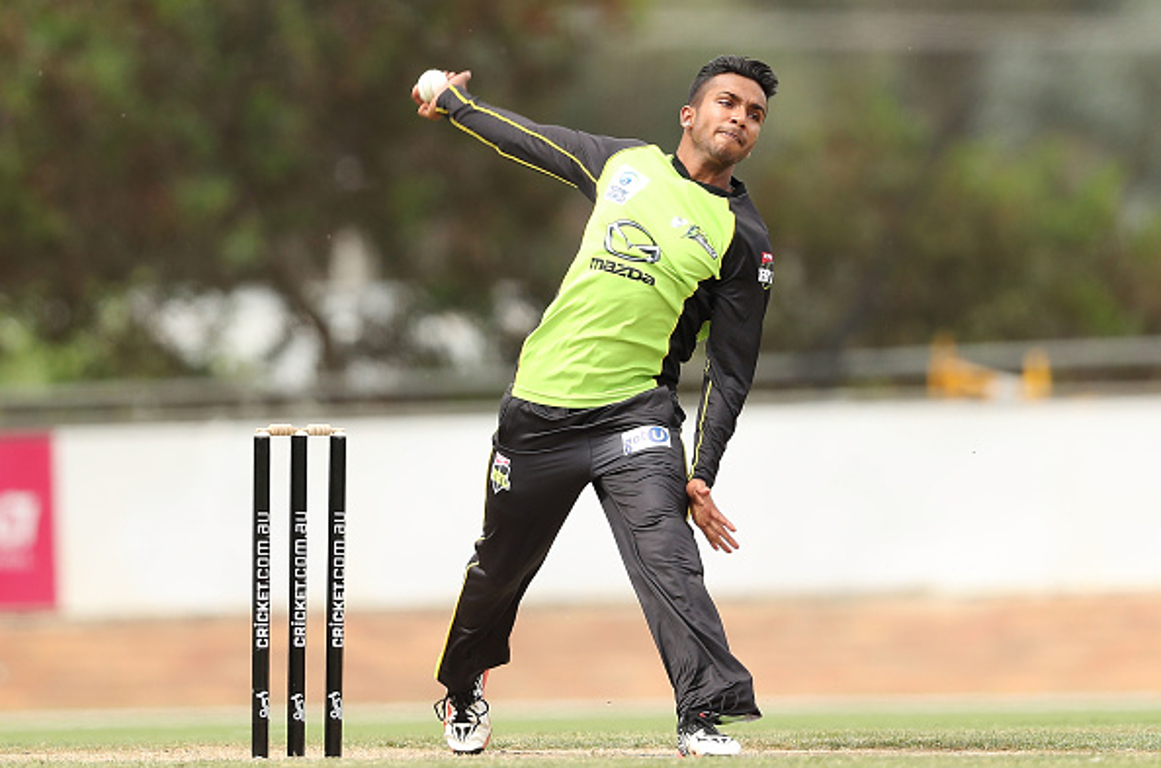 Sydney Thunder mystery spinner Arjun Nair is pleased to have put his suspension from bowling behind him after being cleared to return with a remodeled action.

Nair was reported for a suspect during the last summer’s BBL on December 30 against the Hobart Hurricanes.

The tweaker, highly rated by youth coaches, will spend the next four weeks at a spin camp in Brisbane having been cleared to return after tireless work with Thunder assistant Beau Casson and Cricket NSW pathways coach Anthony Clark to correct his carom ball and off-spinner.

Nair told cricket.com.au: “It was obviously a big blow.

“I was very disappointed and it took me quite a while to get my head around it.

“Not just for me, but it was really hard for my family. My Dad is very involved with my cricket so I think he was more affected by it than I was.

“I worked with him on bowling a lot as well. After I’d finished bowling with Beau and Anthony, I went with my Dad and did some extras.

“I was always confident that I’d be able to fix it and return. I had a lot of support from NSW teammates and the Sydney Thunder.”

A lot of technical work has gone in to ensuring that Nair can get back out onto the pitch and have his career head in the right direction.

Arjun Nair impressive in his first over, with the carrom ball unleashed as well #BBL06 pic.twitter.com/9yjKottgUj

“My coaches and I sat down and looked at my footage and the thing I noticed was that I didn’t use much of my lower body,” Nair explained.

“So I had to engage my legs more in my action. That was the key. I’ve been looking at my arm path as well – just little things, but they made a big difference to my action.

“For me the challenge is now to maintain it. You see a lot of bowlers who have been in this position and had a problem, they come back and get reported again. I have to make sure I don’t lapse and keep in the back of my mind that I have to keep being consistent.”

Nair has done well in the Big Bash but is eager to force his way into red ball cricket as well.

“My goal is to play all three formats at the top level,” he said.

“Because I’ve had consistently a lot more opportunities at T20 level, people think, ‘OK, he must be a T20 player’.

“But my main goal is to play first-class cricket.”