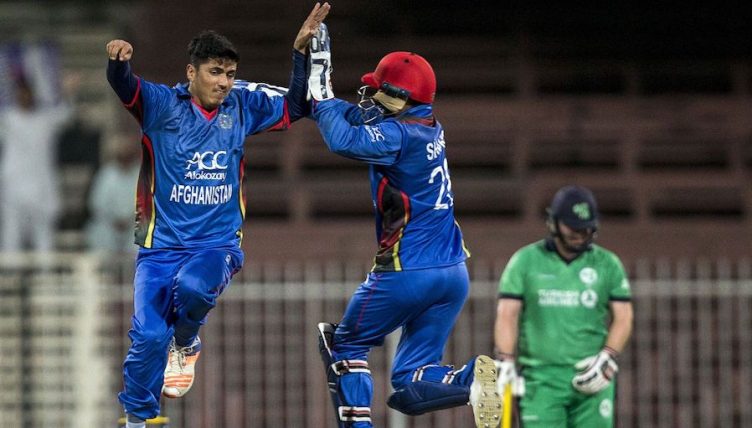 Afghanistan, widely regarded as a cricketing nation on the up, stunned the world on Saturday when they posted the highest ever score in a T20 international.

Ireland were the team on the end of it, losing the second of a three-match series by an 84-run margin en route to a 3-0 series defeat. In fact, in that third game Rashid Khan became the first ever spinner to take a hat-trick in an international T20 match. It wasn’t a bad few days for Afghanistan.

In fact, they have actually won 46 of the 68 T20s they’ve ever played, registering a win rate of over 67%. Granted, a lot of those games were against associate nations, but it’s still not bad eh?

They are now the proud record holders, but what about the other highest scores ever recorded in T20 internationals?

Quite simply put, on August 29 2013 at the Rose Bowl it was the Aaron Finch show. He scored a mammoth 156 off 63 balls – then a record score – including 14 sixes as Australia secured their first victory in any format for 200 days.

Shaun Marsh and Shane Watson chipped in with support knocks as six of England’s seven bowlers went for north of 11 an over – including one over from Joe Root which went for 27. England got a spirited 209 in reply, falling 39 short.

If Australia’s aforementioned total was down to the efforts of one man in particular, then Sri Lanka’s highest ever T20 score was the complete opposite. Sanath Jayasuriya hit 88, Kumar Sangakkara 30, Mahela Jayawardena 65 and Jehan Mubarak 46 as the runs were spread across the top and middle order.

Five of Kenya’s six bowlers went at 12 an over or more, with Steve Tikolo deserving a special mention for his 0-25 from one over. To make matters worse, Kenya couldn’t even see out their overs as they were skittled for 88, falling 172 short.

Sri Lanka were on the receiving end of the same score they posted 10 years previously when India whacked them all over the park in Indore. Rohit Sharma was explosive from the off, hitting the joint-fastest T20I century as he and KL Rahul – who made 89 off 49 – helped post a colossal score.

The home side set the tone by putting on 165 for the first wicket, and Sri Lanka never got close with their reply, losing by 88 runs despite Kusal Perera’s 77 off 37.

Sorry Sri Lanka, it’s you again. It was the Aaron Finch show at the Rose Bowl, but in Kandy three years later Glenn Maxwell stole the headlines with a stunning 145 not-out off 65 balls. David Warner, Travis Head and Usman Khawaja all got scores as Australia took the world record score off their opponents.

The home side ended up on 178/9, falling 85 short of the target as Scott Boland and Mitchell Starc both took 3/26.

Afghanistan didn’t just beat Australia’s record on Saturday, they blitzed past it by 15 runs. Hazratullah Zazai played a remarkable innings, scoring 162 not-out from 62 balls, notching the second-highest T20I score in the process. Usman Ghani played an important supporting role with 73 off 48 as they put on 236 for the first wicket.

Ireland managed to get 194/6 in reply, a score that most would consider a winning total in most other games, but they fell 84 runs short in this one.