Home T20 cricket Scotland hope they have made a statement

Scotland hope they have made a statement

Cricket Scotland are hopeful that their high profile win against England will make an impression on the ICC after the global cricket body released a Future Tours Programme the associate nation feel is exclusionary.

Scotland were not afforded a single ODI against England during the four year period from 2019 until 2023 and will have to scrape by on the odd fixture against the big guns for the foreseeable future.

“We’re fully aware that the FTP didn’t just get drafted after our victory against England. Clearly it’s been in the pipeline for some time.

“Our players hope that the statement that was made with the win against England, and the [wins over Sri Lanka, Zimbabwe and Afghanistan] over the past 12 months, force the ICC into reviewing their investment and continuing to see value in their investments so far in the top Associates.”

Scotland know it is far too late to pull back on the ten team 2019 World Cup but Scotland hope they won’t be subjected to the agony of falling just shy of the showpiece in 2023.

Bradburn hopes that the full members show support for nations like Scotland who are on the fringes of top level international cricket.

“Number one, we hope they review that decision for the 2023 World Cup,” Bradburn said. “Number two, and most importantly for us, is that we do hope the ICC continue to invest in us.

“The campaign against England, Pakistan, Netherlands and Ireland, we framed it strategically. It’s not a matter of chucking games in here or there. We would love the ICC to give us the ability to plan just like they do the Full Members by putting out the FTP schedule, which is great for them because they can now plan. Unfortunately, we don’t have that luxury.”

Scotland applied for additional funding from the ICC over the last two years which Bradburn feels has been instrumental in the improved displays on the field. 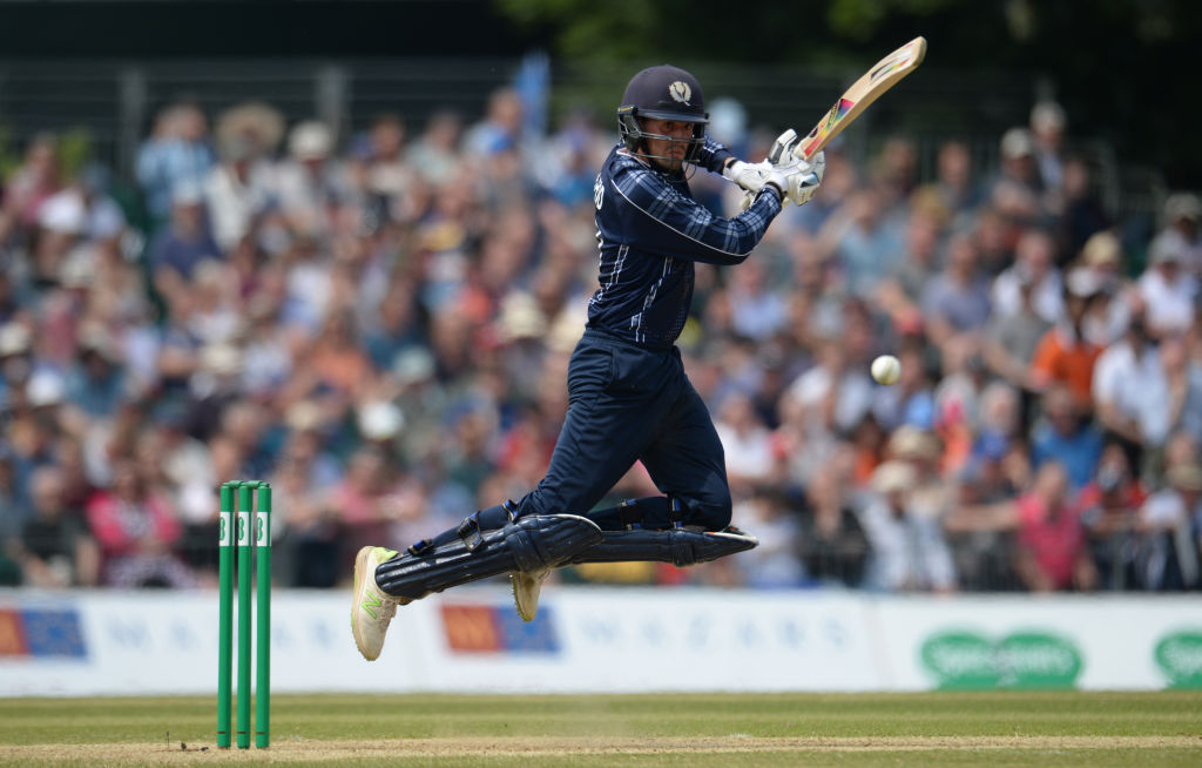 “That extra $250,000 enabled us to do extra things like the Desert T20 Challenge, like the tri-series that we’ve just been to in Holland and the preparation in Pretoria before the World Cup Qualifier and also the second trip to Dubai that we had in January before the World Cup Qualifier, which was just fantastic,” Bradburn said. “It was excellent and appropriate preparation for us, and we feel we spent the money wisely. If we had the same or just a little bit more, we could do so much.

“What’s on many of our minds is, ‘Wow! Look what we’ve done with $250,000. Imagine if that was $500,000’. And that’s not even a fraction of what the lowest Full Member receives on an annual basis, which is around $9 million per year. So for Cricket Scotland to receive more funding is an absolute must and we just hope that the ICC, when they gather around their table next week, have taken note of the performances and we hope that they are pleased with their investment and continue to see benefits in investing in the top Associates.”