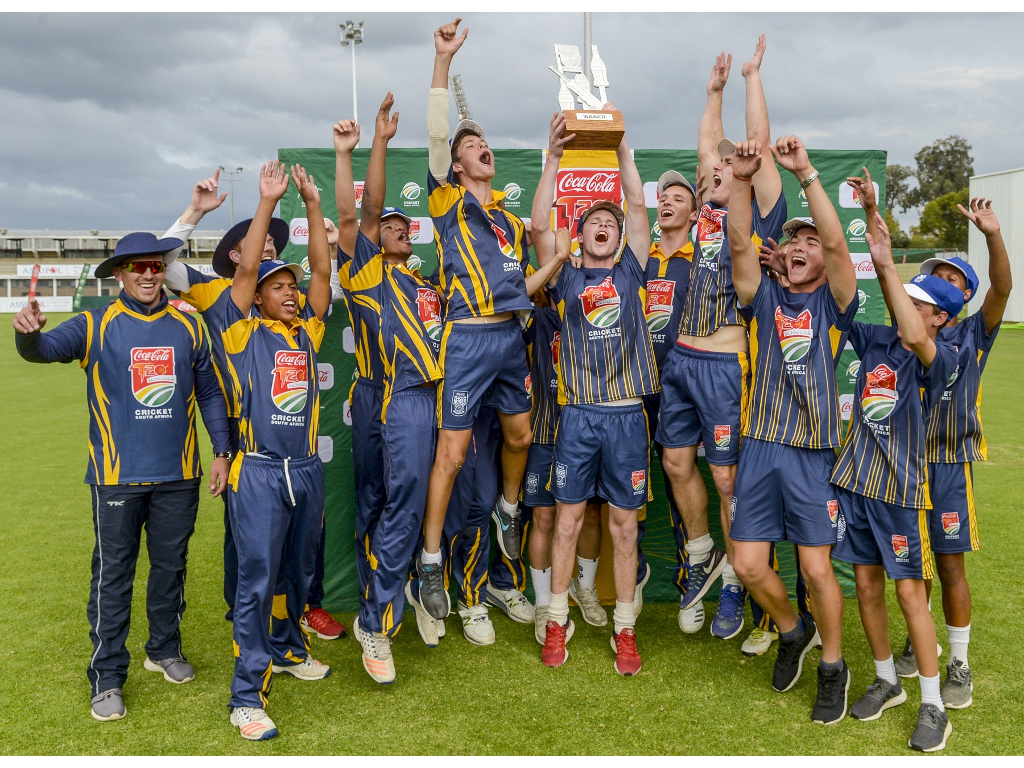 An unbeaten 65 off 59 balls by Cronje and a 50-ball 44 by Tarr had the Knights representatives successfully chase the Dolphins champions’ 123/7, reaching their target with just two balls to spare.

It was a two-man job as the rest of the top order failed in St Andrews’ reply. Henre Koekemoer scored one run, while Gerald Coetzee and Calvin Flanegan returned ducks, but Cronje and Tarr shared 105 runs for the fifth wicket to help their side to victory. Ten runs in extras and an unbeaten six by Pheko Moletsane  did the rest of the job as the Bloemfontein side held their nerve to bag their maiden Schools T20 championship.

Hilton’s John Turner was the pick of the bowlers with remarkable figures of 3/10 in his allotted four overs, including a maiden.

Earlier in the day, Hanre Koekemoer was St Andrews’ chief destroyer, returning a noteworthy 3/11 as they restricted Hilton to 123/7 after the latter won the toss and elected to bat first. Cronje (1/19), Phillip Schoeman (1/25) and Coetzee (1/35) chipped in with a scalp each.